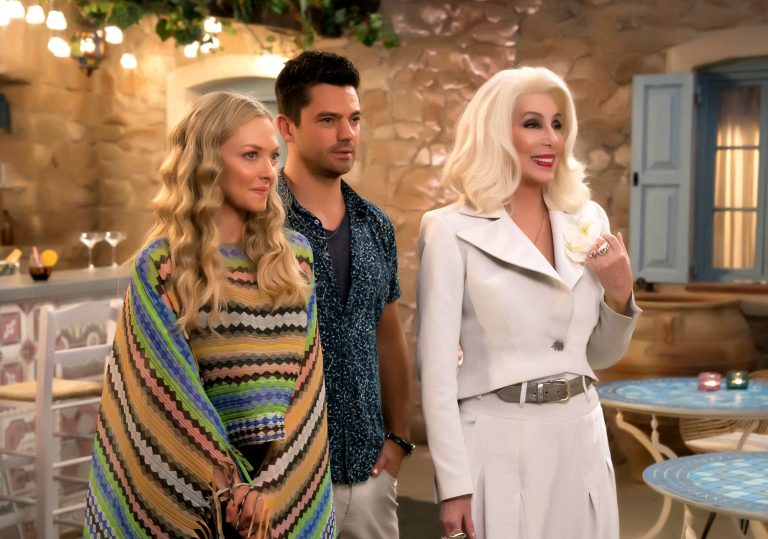 The first film was hell paved with good intentions and a sequel-prequel is a scary prospect.

When all is said and done, this sequel is brighter, funnier and more touching than anyone could have hoped.

This triumphant sequel to 2008’s ABBA musical is the most purely enjoyable big screen experience of the summer.

Can you hear the drums, ABBA fan? I remember long ago another starry film like this. In the glitter lights, ABBA fan, you were humming to yourself or going to singalong screenings. And I’m not ashamed to say the thought of a prequel-sequel almost made me cry.

Ten years have passed since the magical Swedish disco pop of Agnetha, Benny, Björn and Anni-Frid was first brought to our screens (via Greece) in Mamma Mia!. The film grossed $600 million at the international box office by turning daddy issues and tricky family history into a summer party. After much singing and dancing, bride-to-be Sophie (Amanda Seyfried) found herself with three committed fathers, Bill (Stellan Skarsgård), Sam (Pierce Brosnan) and Harry (Colin Firth). Her mother, Donna (Meryl Streep), was also able to finally spell out the name of the game and reconcile herself with all these past lovers, even marrying Sam.

Although seeing these talented – and many of them older – actors burst into serenades and duets was the main pleasure of Mamma Mia!, the way it toyed with our expectations is what really made the film sing. Instead of condemning her mother for not letting her have a proper father, Sophie accepted that Donna lived a wild youth and sees her dancing queen heritage as a blessing, never going down the DNA-test route to find out which man she should call pappa. The idea of a sequel doubling as a flashback of the events that led to Donna’s pregnancy, then, made me wonder if anyone could hear me, SOS: where we about to kill the mystery and reveal that Sophie’s mother knew all along?

Yet I couldn’t escape Mamma Mia! Here We Go Again if I wanted to. Donna’s backstory (with Lily James in the younger role) proves fertile ground for all the emotions that ABBA songs convey so powerfully: her joy of finishing school and kissing the teacher goodbye; the excitement of flirtation when meeting those three nice young men; the hopeful longing for the future when she arrives in Greece and feels immediately at home. Of course, heartbreak finds its place too. 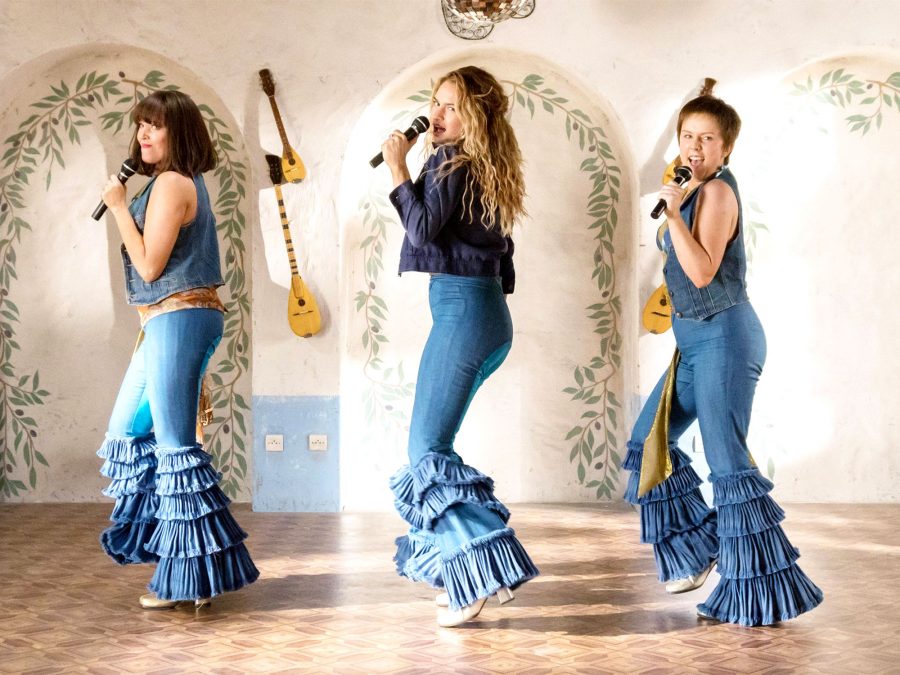 To her credit, James doesn’t attempt to mimic Meryl, instead abandoning herself to the requirements of the role, which is essentially an entirely new one. Through the years, Donna has changed, and the contrast between her youthful gimme-gimme-gimme attitude and her more reasonable, when-all-is-said-and-done adult self gives the film an unexpectedly broad narrative scope. In fact, the parallels are stronger between young Donna and Sophie, as the latter is about to fulfil her mother’s dream of turning her island villa into a hotel. Struggling to reconcile her independence with her marriage, Sophie doesn’t immediately realise how much she resembles her mamma.

This film is to Mamma Mia what The Godfather: Part II is to The Godfather. The difference here is that, as Sophie finds herself more or less knowingly following in the footsteps of her mother, both women go through life using song and dance rather than money and favours. To paraphrase film critic Pauline Kael on Coppola’s masterpiece(s), “the daring of Part II is that it deepens the scope and enlarges the meaning of the first film”. And so it proves here, with songs from the first film reappearing as callbacks yet gaining more relevance as time has passed.

Brosnan murmuring a few lyrics from ‘SOS’ as Sam reminisces about Donna is heartbreaking, and it also helps us to forgive the actor for his terrible rendition of the song 10 years ago. Partly due to the younger actors joining the ensemble, but also thanks to much reflection on the filmmakers’ part, the cast is no longer forced to exaggerate their moderate singing and dancing ability. Although James carries the film with her clear talent, the other performers commit more to the meaning behind the words than to the melody – all except Cher, of course, who suddenly appears as Donna’s estranged mother.

The brilliantly choreographed musical numbers tend to focus on the more agile young cast, creating some truly awe-inspiring moments. As such, they build up to the older actors’ more static but nonetheless poignant and triumphant performances. And at long last, Andy Garcia is finally given the opportunity to show what he can do in a superior sequel. Mamma Mia has done it all before and now it’s back to get some more. It’s an offer you can’t refuse.

The first film was hell paved with good intentions and a sequel-prequel is a scary prospect.

When all is said and done, this sequel is brighter, funnier and more touching than anyone could have hoped.