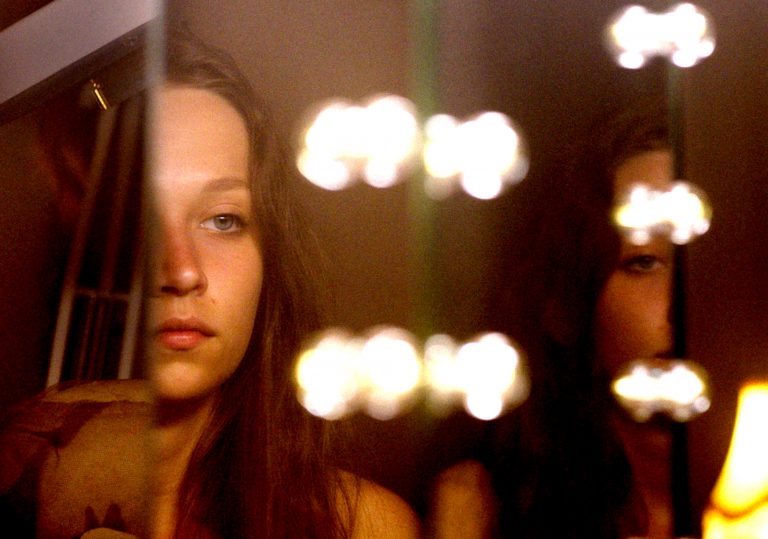 A genre-straddling debut with a cast of new faces. Could go either way.

Cornwall coming-of-age and coming out.

The ocean is the limit of Claire Oakley’s talent.

In the opening sequence of writer/director Claire Oakley’s debut feature, Make Up, Ruth (Molly Windsor) arrives at a seaside holiday park in Cornwall to be and work with her boyfriend of three years, Tom (Joseph Quinn). She is alarmed on her first night there by the sound of foxes screaming outside their caravan. “They’re not shrieking,” Tom explains to her in bed, “That’s the cubs leaving their mothers. All growing up.”

It is a clear analogue for Ruth herself, permitted for the first time to leave her parents’ house in Derby. Eighteen years old, though young for her age, Ruth is on the cusp of adulthood, taking baby steps outside of her childhood safety zone into the wide world beyond. Ruth cannot swim, and her fear of the ocean is a signifier of a hitherto sheltered life and narrow horizons, far from the overwhelming waves and unfathomed depths – but what she fears she also desires.

In fact vixens shriek when they are mating – and Ruth too spends most of her first nights at the park in the embrace of her boyfriend. Sex is part of the landscape here. The park’s seen-it-all-before manager and self-appointed den mother Shirley (Lisa Palfrey) informs Ruth that the couple who previously occupied their caravan ended up with a baby, and so lays out a possible future for Ruth of heteronormative homemaking.

Read next: The symbolism of caravans in female coming-of-age films

Yet while Tom is away during the day, Ruth finds another woman’s long red hairs in the caravan, and becomes obsessed with the idea that Tom has a lover – an idea that soon has her imagination running wild, so that she sees signs of this mysterious seductress everywhere, as a sort of phantom projection of her own fantasies. Then, while washing in the women’s bathroom at the park, she hears a strange moaning sound – not vulpine but human – coming from an adjacent shower cubicle, and a new feeling is awoken in her that she is at first reluctant to acknowledge.

Jade (Stefanie Martini), Ruth’s slightly older, more worldly colleague at the park, proposes giving Ruth fashion nails to help stop her biting her own. “I look like a stupid kid playing dress-up when I put make up on,” says gawky, self-conscious Ruth, who is like a kid, but happy to be taken under Jade’s wing – and as, in Jade’s experienced hands, Ruth tries on different styles, she is also working out who she wants to be.

One of the colours of nail polish on offer is, Jade informs her, called ‘Blue My Mind’ which, by no coincidence, is also the title of Lisa Brühlmann’s debut feature from 2017. After all, both films deploy genre tropes to track a young woman’s coming of age, and both use the sea as a metaphor for adulthood, independence and escape. It is just that what Ruth discovers, amid the barest hints of body horror and ghost story, is the liberating release of her own transforming sexuality, as she finally walks to the edge and takes the plunge.

Set at the littoral intersection between land and water, Make Up also merges a grounded naturalism – bleak if beautifully framed by DoP Nick Cooke – with the more fluid dreamscapes of Ruth’s subjectivity. From this, a new British filmmaking talent comes out.

A genre-straddling debut with a cast of new faces. Could go either way.

Cornwall coming-of-age and coming out.

The ocean is the limit of Claire Oakley’s talent. 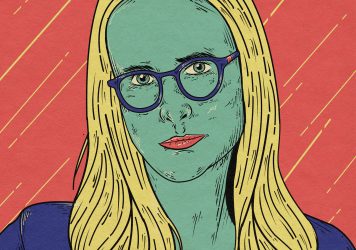