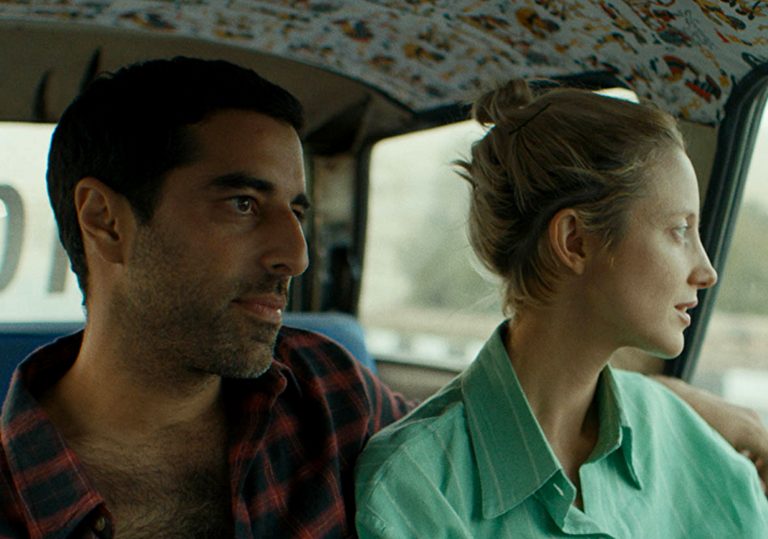 Promising premise, love a protagonist finding love and themselves through architecture.

A modest yet magnetic exploration of a beautiful Egyptian city and, in turn, an inexplicable woman.

Atmospheric and mystical, but drifts from the memory a little.

Drifting on the banks of the Nile in the eponymous city, Luxor revolves around Hana (Andrea Riseborough), a mysterious traveller returning after years away. At first she’s engulfed: a guest checking into a high-ceilinged hotel; a figure in light cotton lost in front of a mural of excited Egyptian figures; a loner following an eager huddle of tourists being guided around some temples.

Neat title cards that resemble hotel stationery are used as chapter markers in the film, not just mentioning places but also conversations, bookmarking memories in the making. They chart Hana’s passage through this holiday – not just rediscovering the city, but retracing the steps of her younger self. Only when Hana is alone in the temples, where faint whispers speak to her through the ancient stone, is she truly in tune with her surroundings. The layers of time, the weight of those who came before and carved their stories into the landscape, resonate with her unspoken memories, her life lived, suffered and survived.

Screenwriter and director Zeina Durra plays her cards very close to her chest. We learn that Hana is a doctor, one who spent happier times in Luxor during her twenties, but little else beyond fragments of conversation that suggest she’s since been in close proximity to war. As she is reacquainted with her past love, archaeologist Sultan (Karim Saleh), her stoic veneer starts to crack. Like the pottery Sultan uncovers and examines so dearly, Hana is the only artifact the viewer can use to surmise her story. 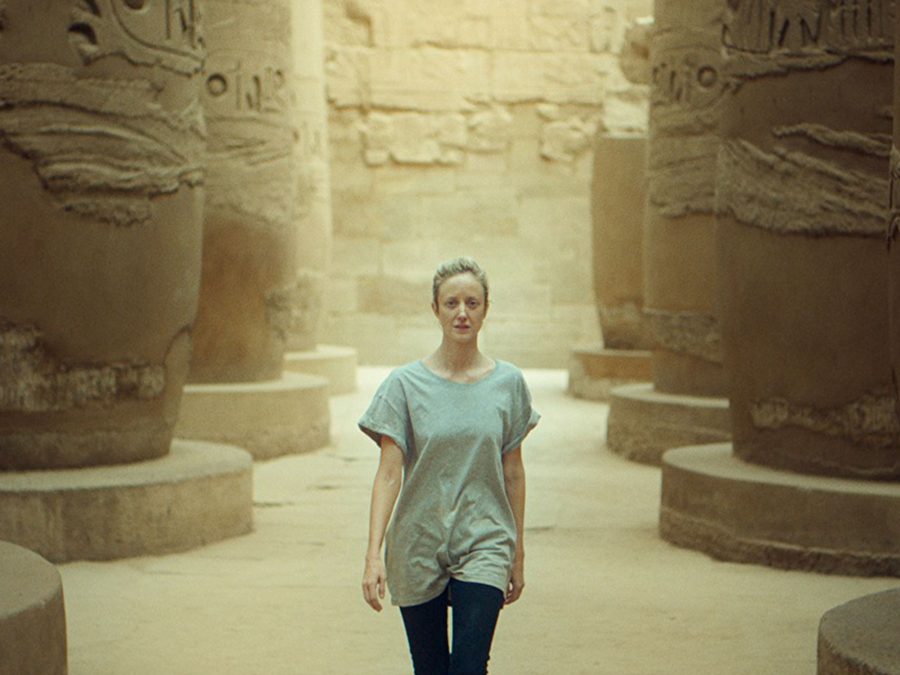 The chemistry between Riseborough and Saleh is exquisite, a balance of respect, deep mutual knowledge, and delicate affection that comes through in the modest script and the sensitive physicality of their performances. He has a profound appreciation of the past, not just at the dig, but of more recent creations, entertaining himself with old phones and fax machines while mourning the renovation of the rundown hotel.

The longer she spends with Sultan and his infectious nostalgia, the more of her identity comes to light. The pair’s scenes together are comfortable, breaking through the isolation of the first act, and confrontational, as they ground the ephemeral, ethereal atmosphere to face the prospect of an uncertain future. A tug-of-war between rationality and superstition reigns over the film, as Hana vacillates between jaded cynicism and a tentative, mature curiosity. As Asmatan’s melodramatic ballad “Ya Habibi Taala” closes the story, Hana succumbs to her passion and to a hope fuelled by an undefined but overpowering sense of spirituality.

The third act is where the intensity heightens but, without even a glimpse from flashbacks or a more revealing monologue, there isn’t quite enough to justify its big emotional moments. It’s hard to fully grasp the extent of Hana’s dark past in order to appreciate her moving on. The way Riseborough cultivates a sense of mystery is riveting, and hints at more to be learned, but aside from the unique personality of Luxor, the story is missing a little more weight. Though stunning and evocative, without personal context, the film floats away on its resolution without enough detail to make it more distinctive.

Promising premise, love a protagonist finding love and themselves through architecture.

A modest yet magnetic exploration of a beautiful Egyptian city and, in turn, an inexplicable woman.

Atmospheric and mystical, but drifts from the memory a little.