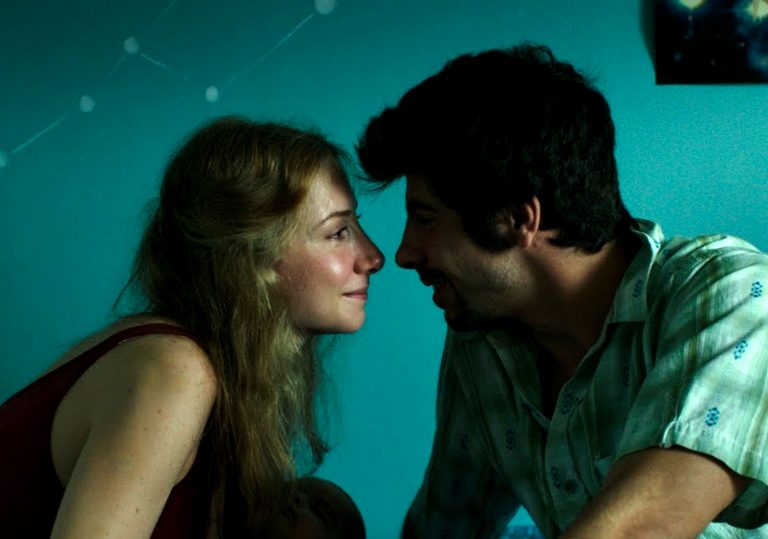 A film about what it’s like living with war.

A harrowing watch with an intense final scene.

Imagine you had no running water, no electricity, no food and your only access to the outside world was guarded by a rooftop sniper. This is the unfortunate reality for most civilians currently surviving in Syria, and it’s an environment director Philippe Van Leeuw represents in tremendous detail in his politically infused war drama Insyriated. Set in a single apartment in Damascus over the course of a single day, it sees Hiam Abbass as Oum Yazan, a fierce mother fighting to ensure her families safety.

Focusing primarily on two determined women – Oum and Halima (Diamand Bou Abboud) – Insyriated showcases the courage of ordinary Syrian people who live with the perils of war. It represents the strength and determination of women in a country dominated socially and culturally by male voices, which is a refreshing change to the usual masculine depictions of soldiers at war. The only central male characters in this film are an elderly gentleman, a young boy and a confused, love-stuck teenager. None of whom are equipped to protect a household.

It’s a haunting portrait of one family’s fight to survive and it offers an authentic depiction of domestic life and the impact that ever encroaching battleground can have on the psyche. The film depicts the physical and emotional torments people have to go to just to make it through the day. The threat of death is always there, but the resident’s reactions to it have altered – it has now become a way of life.

The few rooms free from imminent threat provide a welcome relief from the nightmare scenario as the camera dashes around the apartment. Yet in scenes of high drama, Leeuw and cinematographer Virginie Surdej transform a short corridor, small rooms and a single balcony overlooking the carnage into an intensely claustrophobic location. Though there are some moments where the tension begins to flag, the film quickly picks up the pace with the use of a literally explosive soundtrack and a particularly frightening scene in which two very dangerous intruders find their way into the home.

Threat levels are a little low until this point, but it reaches its zenith in a final scene which sees the protagonists venture outside to save an injured party. Feeling a little bit more like a documentary than a work of fiction, Insyriated is thought-provoking, even though it never feels that original. Still, a memorable, reformulated kind of war movie.

A film about what it’s like living with war.

A harrowing watch with an intense final scene.