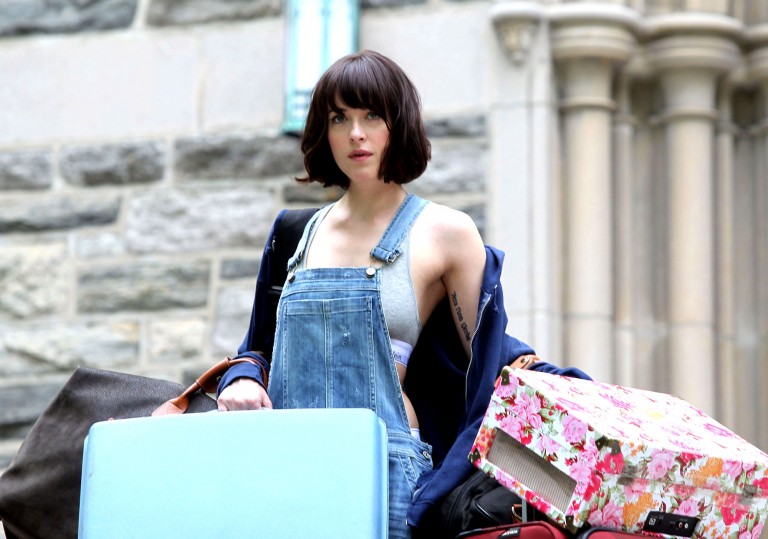 How to run an uninspired marketing campaign.

Rebel with a cause.

How to be yourself.

Call us cynical but a studio film called How to Be Single all but guarantees that it will end with the female leads walking into the sunset, arm-in-arm with winsome honeys – singledom having taught them to appreciate the value of a good man. Amy Schumer’s Trainwreck launched itself on a similar premise, appearing to celebrate a promiscuous bachelorette before crumpling in on itself to reveal that Amy’s abundant shagging was not making her happy. What she really needed was for Bill Hader to save the day by being a STUMP (Supportive, Tolerant, Undemanding, Monogamous Partner).

How to Be Single sticks to its titular guns throughout a fast-paced and progressive comedy that plays like a thoroughly modern screwball. In The Golden Age, couples would bicker wittily but kiss and make-up in time for the end credits, while this film savours a lifestyle in which women save their most intimate and dynamic conversations for friends. Sex and love interests circle the periphery, but falling into their “dicksand” is to be avoided. “Dicksand” is an essential concept that, like all great new terms, can immediately find application in daily conversations. Falling into dicksand is when we set our hard-won identity aside for the sake of a sexy man.

The film is bursting with handy phrases for modern living, most of them spoken in a dry deadpan by MVP Rebel Wilson. Her character Robin operates as single-life spirit-guide to Dakota Johnson’s Alice. Fresh out of college, Alice has chosen to go ‘on a break’ with her long-term boyfriend to experience what it’s like to be single for the first time in her adult life.

This is the kind of film world in which Alice and Robin are seen going to their job at a law firm for less than two days – a film world in which Alice’s opening-credits relocation to New York features her in a yellow taxi driving towards the iconic skyline accompanied by Taylor Swift’s ‘Welcome to New York’. This unsubtle and airbrushed lifestyle doesn’t have time to grate as the film delivers good-natured joke after good-natured joke and enjoyable character after enjoyable character.

Robin is the hedonistic, confident single rattling off lines like, “He’s a palette-cleanser, he’s sexual sorbet”. Alice is the faltering, everywoman-styled single whose arc of learning to be alone is the central one. Her older sister Meg (Leslie Mann) is a workaholic doctor and adamant that she’s a strong independent lady. Lucy (Alison Brie) is single-minded about not being single. She has her wedding planned and just needs to find a man to slot into preconceived relationship goals.

Leading the supporting cast of eligible men is Tom (Anders Holm) whose bar and bedroom are always open to lady friends, provided that they don’t try to stay for breakfast. Jake Lacy and Damon Wayans Jr show up to be charming and progressive visions of single men, while Nicholas Braun is perfectly cast as Alice’s ex, Josh, whose cookie-cutter good looks scream STUMP. “Makes sense,” says one of the characters when they finally encounter him.

Christian Ditter directs like a good referee – letting his performers define the tempo of the game, rat-a-tatting all they can out of a quietly radical script from Abby Kohn, Marc Silverstein and Dana Fox (which is loosely based on Liz Tuccillo’s 2007 novel). Life-changing issues like artificial insemination and untimely death are handled with unshowy sensitivity, swept up in an irresistible momentum that only flags when the film unwisely ghosts on Rebel Wilson for a long stretch.

There are playful nods to a gratifying swathe of cultural touchstones, from old monoliths like Friends to new trends like cat emojis. How to Be Single is not out to shake-up the rom-com genre. Like Robin, it just wants to show you a good time. Still, these good times are built atop a refreshing attitude towards gender politics and being single that has scarcely been seen before in mainstream cinema.

How to run an uninspired marketing campaign.

Rebel with a cause.

How to be yourself.