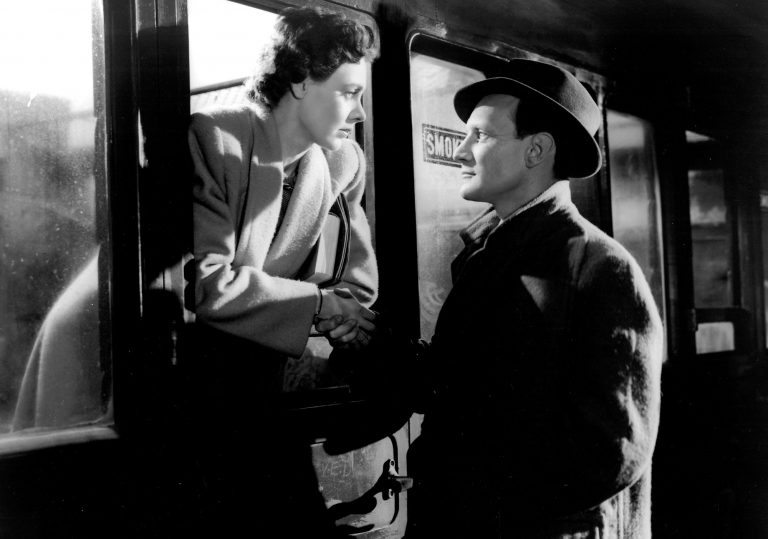 Perfect parts include: the script, the lead performances, the steam trains, the music, the supporting performances, those accents, the bloody Refreshment Room, the end, the beginning, the middle.

Brief Encounter is a majestic locomotive that steams deservedly among the immortals of cinema. For as long as people yearn for the incompatible goals of stable monogamy and spontaneous romance, David Lean’s black-and-white masterpiece will be as vital as tracks to the trains that roar across them.

The plot and themes hardly need retracing. Brief Encounter is a set text for any cinephile, homaged implicitly in Wong Kar Wai’s In the Mood for Love, and explicitly in Todd Haynes’ new film, Carol, which is bookended with the same scene that bookends Brief Encounter: two people that illicitly love one another sitting in silence before an acquaintance comes to shatter the moment with blithe yapping. Because the feelings of the silent couple cannot be expressed within the code of civilised exchanges, one of them gets up and leaves, but not before delivering a secret squeeze of the other’s shoulder.

Apart from ʻthis film remains perfect and everyone should see it’, what is worth saying about this film 70 years on? Laura (Celia Johnson) the housewife heroine, and Alec (Trevor Howard) the gallant doctor, both have cut-glass accents which dates the setting but not the drama. The purity of the storytelling is built to last. There is no deviation in Laura’s anguished narrative from the chance meetings and the excited feelings they conjure, and then, the planned meetings and the invisible chasms they create in her family life.

The morality is pure by contrast with self- consciously modern relationship philosophies. Laura and Alec know that cheating on their spouses would be wrong. Mutual comprehension of this fact informs the undertow of tension that grows in tandem with their initially polite feelings. If such a film were made today, Alec would be a rakish playboy who seduces Laura with his charismatic moral relativism. Laura’s suffering would take the form of an existential crisis over whether fidelity is a realistic expectation. The nature of morality is not a question here. The issue is a juicier, more earnest one: what to do with overwhelming immoral urges?

So, Brief Encounter carries not just a justifiably swooned-over depiction of love that cannot be, but a depiction of decency that cannot be undone. We never see Alec’s other half, but Laura’s husband Fred (Cyril Raymond) is shown to be unflappable and kindly. Laura rallies herself into forced cheer for their interactions. It’s no great leap to imagine her in days gone by and, perhaps days to come, buoyed by warm family comforts. There is no ambiguity in his conduct to muddy the definition of doing right and doing wrong by Fred and her kids.

The source of the muddying is her desire for the energy offered by a new man, a new love, a new raft of feelings, a new life. These are cravings that even the most blissfully domesticated among us occasional feel rising up in our most defiantly romantic thoughts. But romance is not the same as goodness. Brief Encounter holds this truth down in the ink of Noel Coward’s worldly and well- mannered script. Romance and goodness are evoked with equal power and from these conflicting impulses, voluptuous demons spring eternal.

Perfect parts include: the script, the lead performances, the steam trains, the music, the supporting performances, those accents, the bloody Refreshment Room, the end, the beginning, the middle.