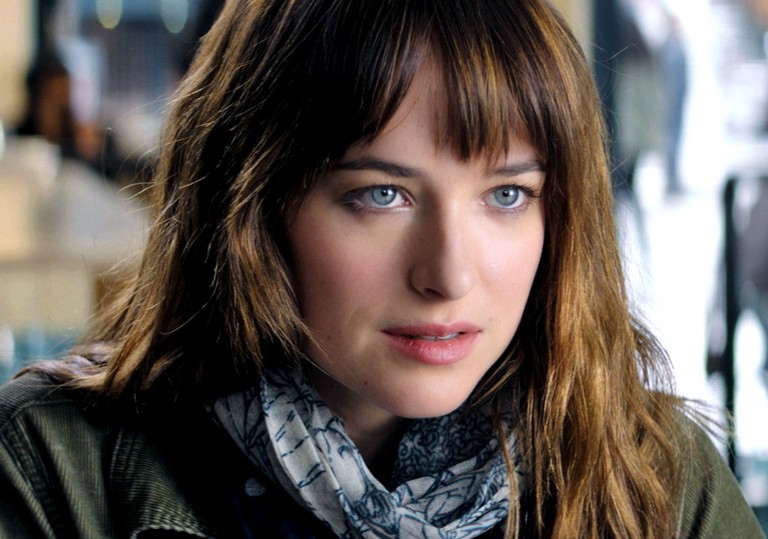 More enjoyable than expected but does this make it genuinely enjoyable?

Fantastical fun marinated in a slight jus of relationship wisdom.

“If you were mine you wouldn’t be able to sit down for a week.” Christian Grey (Jamie Dornan) is removing his top, revealing a ripped torso. “Whaaat?” responds Anastasia (Dakota Johnson). She is sitting in the tormented billionaire’s bed, busy munching toast. She isn’t post-coital. They haven’t even kissed yet. Now topless, Christian pounces onto the bed. Landing on all fours, he takes a carnivorous bite out of Anastasia’s… toast.

Jamie Dornan plays it straight as the mysterious, handsome Grey, while Dakota Johnson’s bold ingenue has as much spunk as she does curiosity. Said spunk powers an odd-couple rom-com that just happens to verge into sadomasochistic territory — or as Christian calls it, “the playroom.” Instead of quivering and succumbing to wild romantic propositions like Mills & Boon heroines of yore, Anastasia reacts with challenging questions. “You’re so bossy,” she giggles at one point. He really is.

The sex takes awhile to get going, with action lingering around the tension that follows Anastasia and Christian’s meet-cute in his cavernous office. He is a celebrated former student and she is there to interview him for the college paper. He is orderly and likes taking control. She asks inappropriate questions and falls over as soon as possible. He likes that, and pursues her with money as much as anything else. In one safety-regulation flouting scene, he gazes into her eyes while flying a personal helicopter.

She enjoys the attention but balks at the idea of signing a contract binding her to be a ‘sub’. Despite being a control freak, he neglects his business empire to efficiently stalk her, torn between a self-interested desire to dominate her and a conscious-driven yearning to let this innocent girl be free. They are within a hair’s breadth of kissing when he cries, “I’m not the man for you! You should steer clear of me! I should let you go!”

Scriptwriter Kelly Marcel does a great job of mounting a haul of swollen, passionate lines atop the whirring back and forth of relationship dynamics. Dakota Johnson is a revelation both in Christian’s company and out of it, both in her clothes and out of them. This is her story. One about a young woman figuring out her sexual boundaries and what she needs and wants from an intimate relationship.

This everyday process is expedited and dramatised by the existence of Christian Grey — a dashing, damaged Mr Rochester whose personal paradox is that he likes Anastasia because she makes him want to be more than a dominant. And yet he is who he is. The story of the film concerns how much sexual compromise she can take in the name of desire. Dare we call it a female cumming-of-ager?

More enjoyable than expected but does this make it genuinely enjoyable?

Fantastical fun marinated in a slight jus of relationship wisdom. 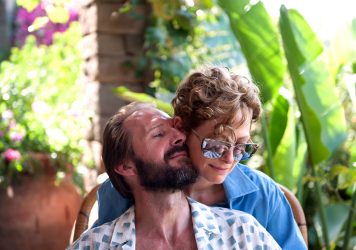 Watch the tantalising trailer for A Bigger Splash