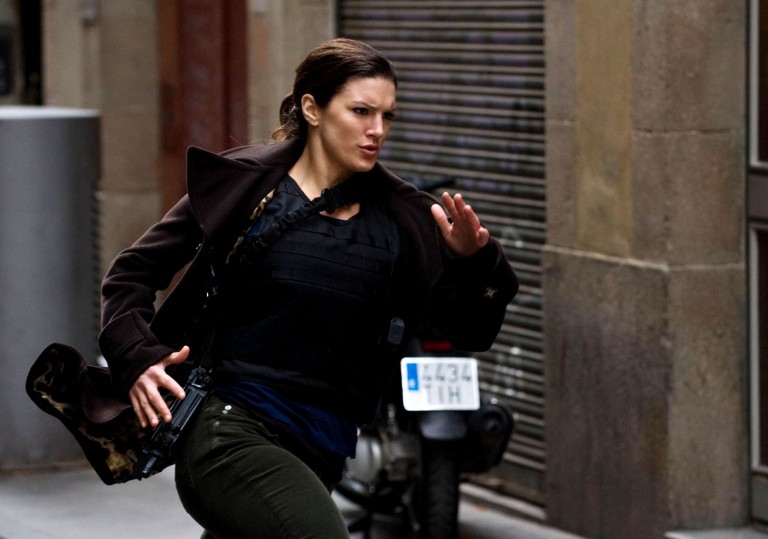 Soderbergh rallies together another strong A-list ensemble. Damon’s looking a tad bustier than usual, though.

Formulaic thriller. At least the fight sequences are cool.

If the Coens’ True Grit, Zack Snyder’s Sucker Punch, Joe Wright’s Hanna and Fincher’s Dragon Tattoo have taught us anything, it’s that today’s moviegoers like their action men young, fast and female. The only surprise where Haywire is concerned is that it’s taken this long for Steven Soderbergh to deal from the pack. Still, he’s been a busy boy of late, with pandemic drama Contagion and stripper comedy Magic Mike tightly sandwiching this stylish but docile thriller.

Haywire is a typically star-stuffed Soderbergh affair, with Michaels Angarano, Douglas and Fassbender weighing in alongside the brains of Ewan McGregor, the brawn of Channing Tatum, the bearded brio of Antonio Banderas and the ‘fuck yeah, Bill Paxton!’ boo-yah of Bill Paxton. But it’s Gina Carano (aka ‘The Face of Women’s MMA’) as gutsy black ops freelancer and recon darling Mallory Kane who is most arresting, outgunning her well-strapped male counterparts at every turn.

After a duplicitous mission in Dublin, where she clashes with Fassbender’s silky assassin in a lung-busting hotel scuffle, Mallory goes rogue and slips off-radar. Back Stateside, she’s quickly apprehended by lantern-jawed former associate Aaron (Tatum) and, after another bloodying fracas, hits the road in the squirmy company of a bystander (Angarano) whose wheels she procures. While Mallory spills her back-story in flashback, the chain of command that set her downfall in motion starts to fragment.

A few neat pivots aside, writer Lem Dobbs (penning his first screenplay since 2001’s The Score) spins a frustratingly anodyne narrative. All of Soderbergh’s sweat, meanwhile, is poured into the static vérité fight sequences that distinguish Haywire from the aforementioned mob.

Carano doesn’t need smoke and mirrors to look the ultimate badass, so filming each set piece and skirmish in the style of a Nat Geographic documentary is a logical trick. It’s an aesthetic preference that won’t titillate everyone, however, and as the novelty wears off the crushing realisation that this is no more than a bloated showcase for a professional fighter poised to hit the big time quickly sinks in.

Soderbergh rallies together another strong A-list ensemble. Damon’s looking a tad bustier than usual, though.

Formulaic thriller. At least the fight sequences are cool. 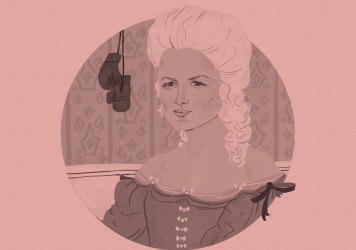 Gina Carano: ‘I never thought I’d eventually be in a Marvel movie’

A one-time mixed martial arts champ completes her transition to the big screen with Deadpool.