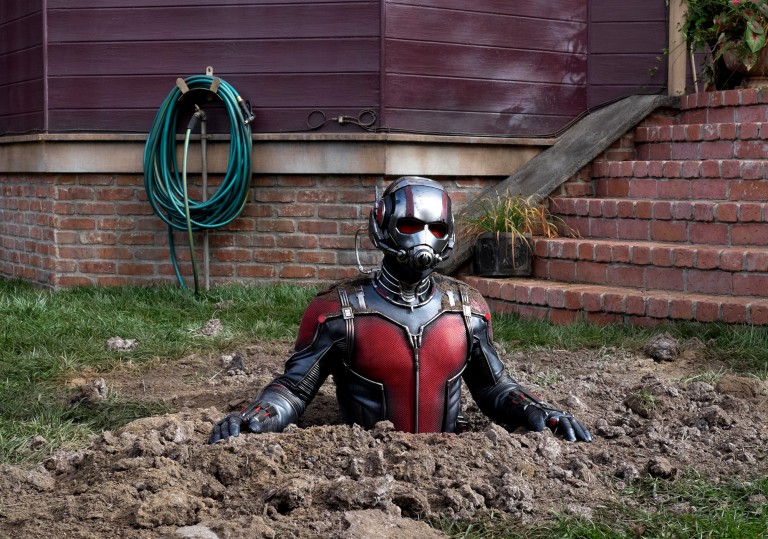 Another day, another Marvel movie…

I see you’ve kicked off a second life as a programmer and ad-hoc 35mm preservationist. Hope that’s all working out for you… The twins say hello. Barney broke his wrist climbing the pear tree. He didn’t realise it was rotten… So, the chase: just saw it and wanted to send over a quick note. Do so, of course, without the intention of rubbing any kind of salt into any kind of wound, merely as a way to transmit a few initial thoughts about how it turned out. Obviously the nature of your parting from the project is something that you don’t want to discuss/disclose, and that’s A-OK. I don’t really want to know. (Is this a really unclassy thing to do? If so, please, stop reading now, toss this ol’ thing in the bin and I’ll chat to you at Ruby’s wedding next month. Ha ha… You are coming?!)

Realise that you may well be utterly content with your current lot and the existence of a film which has been produced from conceptual blueprints that you no-doubt slaved over. But the reason I wanted to write to you is that it was uncomfortable to watch a movie which squirmed and lumbered awkwardly out of your gigantic and distinctive creative shadow. I know, it’s impossible and even a little seedy to second guess what your version of this film would’ve looked like. I’m sure that future press interviews will positively overflow with such vulgar interrogations, and the flame of this mythical almost-movie will likely burn longer and harder than the movie itself. Jeez, it’s crazy to think how much this whole thing was written about and fussed over. An affirmation of how much people love you, I think, more than interest in the movie. Just my opinion…

The only piece of conjecture I feel comfortable making is that you likely intended to jolt the soporific Marvel-movie template when you came on board for this project. You had fried gold on your mind. (Sorry). What’s interesting about the resultant #product that has emerged from this tiff (can we call it a tiff?) is that it’s a vision of what could have been more than a satisfying story in its own right. It seems strange to pit movie directors against one another, but they do it at film festivals, so why not here? Mr Peyton Reed, your humble replacement, has an ear for comedy. That much is clear. But there’s no sensitivity, no eye for movement, no feeling for the way a camera can create emotion out of nothing, no heart beating beneath its celluloid skin.

It seems obvious with this movie that the kind and generous folks over at Marvel HQ know what works and what they want, so fair play to them for sticking to their formula, however contemptuous that is of audiences with a desire to experience originality. Maybe there’s something to be said about mainstream moviemaking being the sworn enemy of originality by way of an empty redress to explain your departure, but it would no doubt be an asinine generalisation, as interesting films do break through, they do make money. Look at… Gremlins, for instance…

But let’s not kid ourself that your movie would just have been a better directed version of the one that was made. You make great movies about human redemption – a buzzword in Hollywood at the moment. All scripts must contain this word. People have to say it. Redemption. Redemption. Redemption. [An aside to say that the cat has just jumped on my lap and says hello] They, as in your movies, are great because they accept the tough, anti-commercial truism that, to quote Nick Cave, people ain’t no good. They really aren’t. Or maybe that the possibility of a full-scale transformation is instantly more meaningful when a malevolent character transcends his own ingrained shitbaggery.

Here we have Paul Rudd (such a funny lad) as Scott Lang who happens to be the nicest, coolest, most benign, funny, awesome, strong, romantic felon in the history of cinema. (I have not seen every film ever made, but you catch my drift…) His whole story appears to service the myth that, actually, some white collar/Robin Hood crimes are admissible as long as they’re carried out by cheeky chappies with a cute quiff and cuter kid. There are parallels with Simon Pegg’s lunatic dilettante, Gary King, from The World’s End, but there was a film in which we were invited to extend sympathy for the devil – a bedraggled, post-Britpop devil perma-leathered on Bass tops. Scott Lang’s success as a man who can transform himself into the size of an ant in order to bring down corporate greed is a fait accompli from frame one. I’m sorry, but it’s true.

I don’t want to get bogged down recounting the story, because I’m guessing you know the story. (too soon?!) But there were two specific moments where you jumped to mind, moments that I couldn’t help but think: what would a real director have done with this? The first involved a move which I am at pains to describe. I want to call it The Crouched Marvel Stance. You know the one, where a superhero character lands with one arm flailing out to the side, head bowed and legs crossed? Then the rise up, chest puffed out, fists clenched, ready for a dust-up. It’s like Marvel lore is attempting to furtively realign time-honoured safety regulations for humans dropping from dangerous heights. That was the moment where it solidified in my mind that I’d seen this film before. Many, many times. The same story, the same people, the same threat, the same likelihood of the threat having any impact on the world, and the same silly stance. (Sorry for the potty mouth, just don’t ever show this to the twins next time they’re round…)

The other moment was at the end when Ant-Man goes “sub-atomic” in order to save humanity. What we got was a screen saver montage, a lousy, digified 2001 knock-off. Maybe it was meant to look bad. An ironic nod to barely-concealed b-movie methodology which was somehow meant to explain away the cosmetic crumminess of the whole thing. That was the moment where your alchemy would’ve nudged this movie into something better, more valuable. You’d have torn our flippin’ eyes out. In a nice way.

It’s ironic that superhero movies are about regular Joes and Jolenes who grab power or have it foisted upon them. They are bestowed with a resource that allows them to change the world. Directors of superhero movies should themselves be superheros, willing to put their neck on the line for an eccentric, long-odds play. But, for whatever the reasons may be, they so seldom do. Maybe I just need to stop thinking about things so much and “just have fun with it”? Yet why shouldn’t I expect more? Why?

Sorry, I realise that got mite rambling and bitter there. It’s not a bad movie. It’s just one that lacked for something new to say. We can talk about this more next time we meet, or we can never talk of it again. Entirely your call. Anyway, I must dash. The pharmacy closes in 20 minutes and I need to stock up on corn plasters (long story). Take care, and really hope to see you soon.

Another day, another Marvel movie… 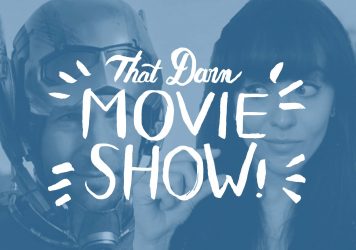 Marvel’s pint-sized hero meets his match in the form of our resident vlogger. 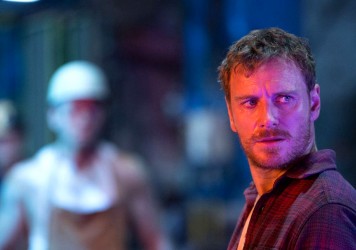 It’s the end of the world as we know, unless those plucky mutant heroes can save the day once more...