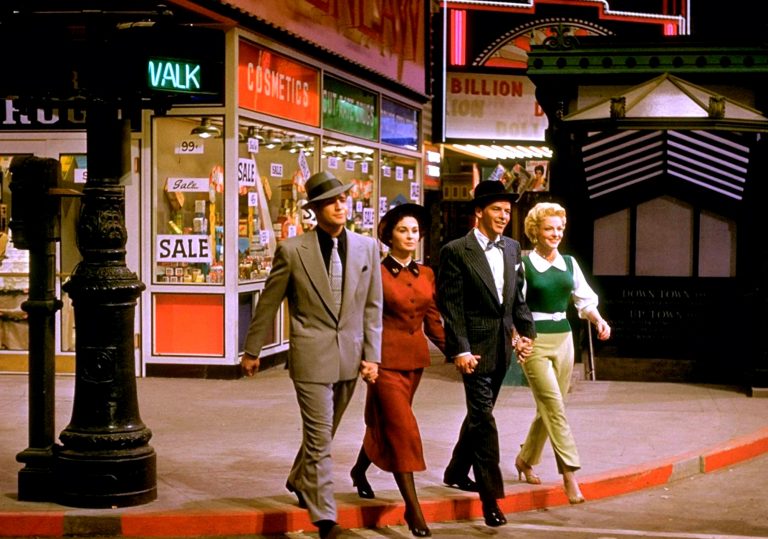 Brando and Sinatra are on top form, but it’s Simmons who steals the show.

One of the last great MGM musicals.

Has there ever been a more unsung screen siren than Jean Simmons? In 1955’s Guys and Dolls, the British starlet’s ability to command the screen with near effortless poise and precision saw her out-sing, out-dance and out-sass both Frank Sinatra and Marlon Brando, the latter of whom was the most bankable actor in Hollywood at the time.

And yet for whatever reason Simmons’ contribution to cinema seems to have diminished over time, standing in direct contrast to the respective legacies of her co-stars. It seems only fitting, then, to take this opportunity to revisit Joseph L Mankiewicz’s Broadway adaptation, if for no other reason than to acknowledge the merits of its leading lady.

Tensions between Brando and Sinatra reportedly ran high throughout the film’s production, and it’s long been argued whether or not Mankiewicz was the best choice of director with regards to his ability to manage these two famously irascible egos. To that end, one likes to imagine the pair burying the hatchet over a couple of dry Martinis (triple-distilled gin, a spritz of vermouth, served on the rocks with a twist of lemon) upon viewing the final cut for the first time, bonding over a mutual appreciation of the fact that neither had succeeded in pulling the spotlight away from Simmons.

Take the scene the morning after Brando’s high-stakes hustler, Sky Masterson, and Simmons’ strait-laced Mission worker, Sarah Brown, go on a dinner date in Havana, Cuba. Still a tad little light-headed from the previous evening’s revelry – her social inhibitions broken down by a few too many “Cuban milkshakes” – Sarah launches into a charmingly tipsy rendition of ‘If I Were a Bell’ that for our money remains the most captivating big screen incarnation of the phrase ‘dance like there’s nobody watching’. By the time the scene reaches its air-punching crescendo, Simmons’ falling from the edge of a fountain into Brando’s arms, the audience, like Sky, is completely under her spell.

It could all have been so different. Simmons, a non-professional singer, was the studio’s third choice for the part after producer Samuel Goldwyn failed to lure Grace Kelly and Deborah Kerr. Casting Simmons could hardly have been considered a gamble, her previous film, the 1954 Napoleon biopic, Désirée, having established her on-screen chemistry with Brando. Even so, few could have predicted the extent to which Simmons would make the role her own.

In 2013, 20th Century Fox announced a major new version of Guys and Dolls, with Channing Tatum and Joseph Gordon-Levitt in line to play the parts of Sky Masterson and Nathan Detroit respectively. No complaints here (to be perfectly blunt, we would watch the shit out of that), but what hope can any actress working today realistically have when it comes to filling Simmons’ shoes?

Mankiewicz’s faithful take on Frank Loesser’s original production is not without its flaws – much of the dialogue feels stilted and the set design (especially the New York street scenes) feels overly stagey and stripped down on occasion – but in terms of its central performances and musical numbers, it’s hard to think of a wittier, more note-perfect film from what proved to be the last great decade for the MGM musical.

Brando and Sinatra are on top form, but it’s Simmons who steals the show.

One of the last great MGM musicals. 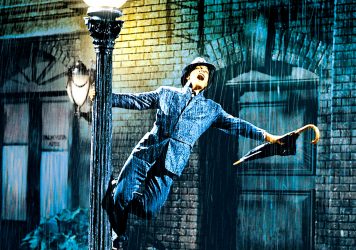