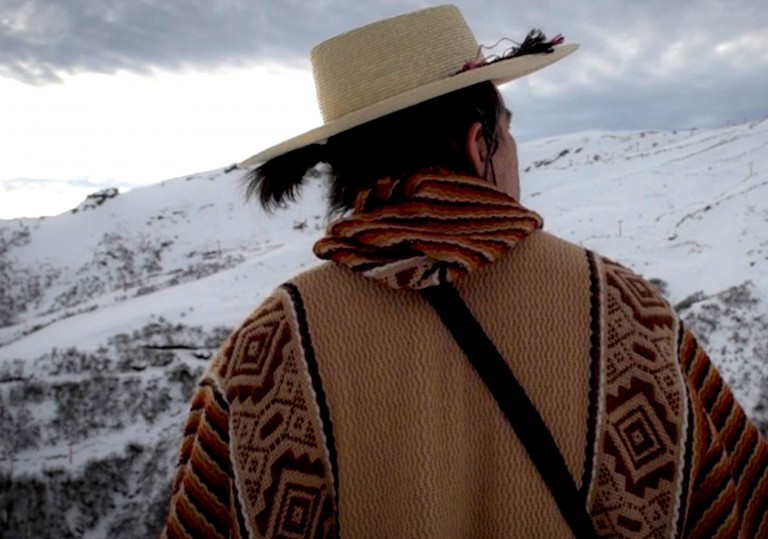 Lawlor and Molloy appear to love making movies. We certainly love watching them.

Finally a biopic to cherish.

Covers an insane amount of ground. Multiple viewings are a must.

Here’s a question for you: is there such a thing as a British arthouse movie? Like, something challenging and idiosyncratic, the type of thing they’d punch out in continental Europe as nonchalantly as they would floss their teeth? Okay, maybe that’s a mite unfair, as we do have directors like Ben Rivers and Joanna Hogg doing the Lord’s work for us, but it’s easy – too easy – to count the names of the committed British arthouse auteurs on the fingers of a single hand.

The London-based Irish filmmaking duo, Christine Molloy and Joe Lawlor, make films, direct plays, produce installations and, were there any justice in the world, some idle dowager will write them a blank cheque to be able to be creative and independent until their dying days. They are creative filmmakers, interested as much in what shouldn’t as what should appear on the screen.

This brilliant latest feature offers a playful deconstruction of conventional narrative filmmaking, picking up on bad habits and clichés and puncturing through the fourth wall to emphasise the subtle connections between fact and fiction. Further Beyond is a movie biopic that’s been carefully pulled inside-out, interested in posing questions about the ethics of representation and what it means to deliver personal history as objective fact.

This is (very, very loosely) the story of Ambrosio O’Higgins, First Marquis of Osorno, but instead of an bland transposition of Wiki-facts to the screen, the film offers a dryly comic commentary of what the makers would show, why, how and where. The God-like voice over is provided by Denise Gough and Alan Howley, both seen at various points recording their lines read from pages in a script and engaging with the similarly God-like figures behind the camera. These amusing moments demystify the idea of the narrator as all-knowing sage.

Added to the mix are speculations on landscape, character and context – it’s a film about the life of a person, but also on the minefield of responsibilities that any storyteller worth their salt needs to consider. It’s a charming, surprising and wholly original movie which politely asks viewers to be mindful of the movies they’re watching and the “facts” they’re blindly accepting.

Yet it never stoops to a manner which comes across as hectoring or haughty, as the biggest trick Lawlor and Molloy are able to pull is making this film about a film about a film feel both invigorating and strangely moving. Ingesting this work is an active rather than passive experience, one that puts pressure on the imagination and recognises that the fun of inventing stories shouldn’t be left to didactic filmmakers who might be fulfilling a political motive. It’s proof that asking questions can sometimes be far more interesting and conclusive than merely listing a bunch of speculative answers.

Lawlor and Molloy appear to love making movies. We certainly love watching them.

Finally a biopic to cherish.

Covers an insane amount of ground. Multiple viewings are a must.