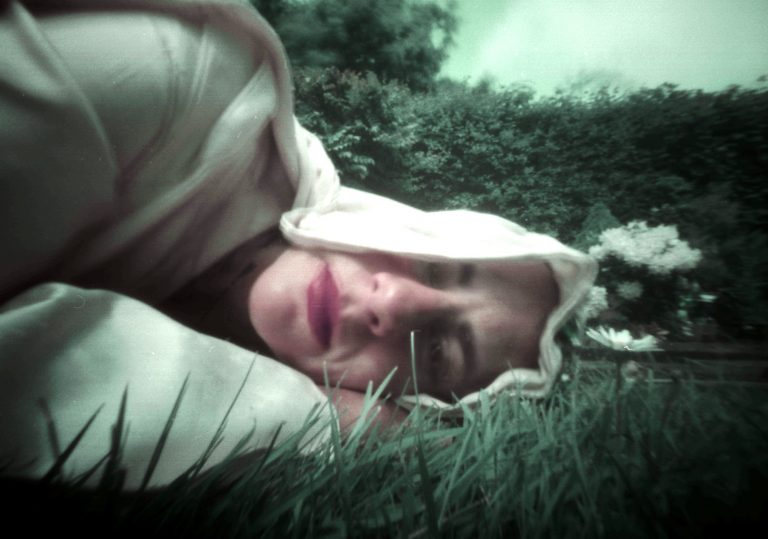 A cornucopia of ramshackle delights. 66 minutes of mind-expanding bliss.

Where will the next big trail be?

The future of humanity will be okay as long as artist, filmmaker and galavanting bohemian, Andrew Kötting, just keeps on keeping on. He’s Chaucer with an iPhone, capturing the bruised landscapes of Olde Albion and keeping record of his rambling, shambling pilgrimages, all in memory of fallen eccentrics.

This latest pays homage to one Edith Swan Neck, a melancholic damsel who made the journey of 108 miles (as the crow flies) from Waltham Abbey in Essex to the southern coastal town of St Leonards-on-Sea. She was the wife of King Harold who, at the battle of Hastings in 1066, famously caught an arrow in his eye.

Along the trail, yarns are woven, songs are sung, chants are chanted, stunts are pulled, monuments are revered and hand-stitched garments are worn. Past and present clash in the digital moment as Kötting has to explain the din he’s making to a pair of passing bobbies, both of whom seem genuinely fascinated by him and the hand crafted relic he’s wearing around his neck.

The dearth of rhyme or reason is what makes this film so captivating, but Kötting generates meaning as he pushes towards his goal. Historical context is nudged to the fore, and the travellers undertake the fun parlour game of attempting to second guess Edith’s mysterious motivations. As a subject she remains as enigmatic as she was before, maybe even more so.

As with all his films, Kötting creates homespun visual flourishes though the choice of film stock (an 8mm film smartphone app) and the sound design, which draws on archive tapes and lots of crackle and hum. As a film it’s perfectly imperfect. Wonder if Kötting has ever considered doing tours?

A cornucopia of ramshackle delights. 66 minutes of mind-expanding bliss.

Where will the next big trail be?