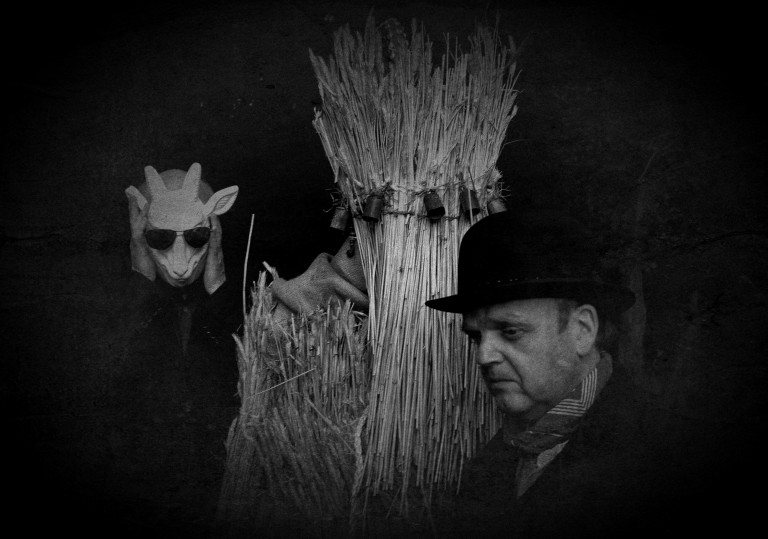 Like drinking some magic potion and experiencing the mind-warping after effects. And without the headache, too.

In many ways, British director Andrew Kötting can do no wrong. He locates an idea, offers it a hearty bear-hug, and then through some mysterious alchemical process, transforms it into a whimsical hunk of daffy bricolage, sometimes profound, often tragicomic, always very English. With By Our Selves, he recreates an episode in the life of the pastorially-inclined English poet John Clare, who, having succumbed to insanity in later life, decides to walk 90 miles from an Essex asylum to find his estranged love, Mary Joyce.

The cinematic reality of this tall tale is that a slightly dishevelled and largely silent figure (played by Toby Jones) wanders across the landscape with a forlorn expression, the film less interested in exploring his mental state and more focused on employing him as a locus for sensation – the sights, sounds and smells of the road. Kötting achieves this effect by deconstructing the film as he makes it – a strategy he’s used in past works such as Swandown and Gallivant. He makes the viewer aware of the camera, he constantly alters the film stock, switches between colour and monochrome, he films the sound man as his boom mic hovers carefully above Jones’ bowler-hatted head, his breathy grunts recorded for prosperity.

It’s a film about outer rather than inner life. Along for the ride is Kötting’s latter-day brother-in-arms, Iain Sinclair, who talks from behind a plastic mask and John Lennon-style circular shades, postulating with melodious erudition, often arriving at a term whose meaning is elusive even though it sounds very clever. Alan Moore sits on a park bench next to John Barleycorn, offering his interpretation on Clare’s wayward peregrinations. And Clare scholar Dr Simon Kovesi gets to say his piece, though it’s less exciting and druggy than the rest.

You’re never quite sure what’s holding the film together – it’s like a leaky schooner surging out to the sea – but it somehow hangs in there with help from some salty asides and Jones’ own father who “narrates” the film. In the film’s beautiful and unexpected finale, a comparison is made between’s Clare’s scatterbrained search for love and Wendy’s journey along the yellow brick road in the Wizard of Oz, featuring another key player in Kötting’s revolving company – his daughter, Eden.

Like drinking some magic potion and experiencing the mind-warping after effects. And without the headache, too.