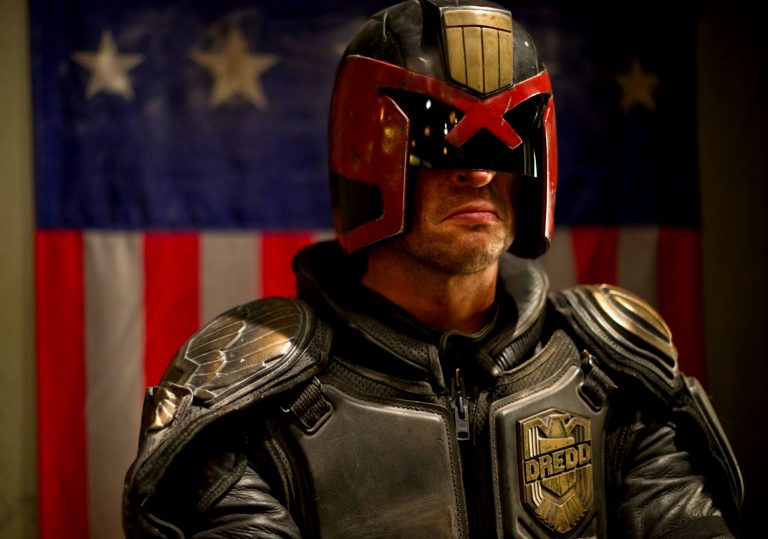 The trailer made it look as bad as the Sly Stallone atrocity from 1995, but in a totally different way.

Wow, where the hell did that come from? Feeling dirty... and loving it! Plus, excuse our French, but great 3D.

As far as any comic-book fans would be satisfied by anything, ever, they’d be hard pressed to deny that the dark spirit of Dredd has been lovingly rekindled.

It’s doubtful that even the most loose-pocketed of career gambler would’ve taken a cheeky flutter on the fact that a roistering comic book B-movie would become the direct cinematic descendent of Lars von Trier’s softcore woodland chimera, Antichrist. And yet, Pete Travis’ Dredd is exactly that; not simply filching numerous motifs and mannerisms from under the nose of Loopy Lars, but ingeniously moulding them into something fresh and wild with the help of some 3D glasses.

Not to take the thunder away from director Travis, but this strange overlap is no accident. Dredd has been photographed by Anthony Dod Mantle, the delirious optical innovator who also took on shooting duties for von Trier. But – perhaps more surprisingly – there are similarities beyond the visual, in that Dredd is perhaps one of the most mischievously nasty action pictures to be released on these shores for some while.

Like the toddler who plummets to its death from an open window in super slow motion at the beginning of Antichrist, here we see hired goons tossed from a futuro-brutalist 200-storey edifice, high on a designer drug called Slo-Mo that momentarily wrenches their perception down to sub-bullet time. The film heralds new and exciting times for cinema splatter, primarily down to its canny realisation that slow motion and 3D are a match made in horror heaven.

Alex Garland’s trim but gaudy screen adaptation of the infamous 2000AD strip is as bracingly frank as its grimacing and perma-helmeted title character, played by a grizzled, chiselled Karl Urban. Dispensing with the back-story ballast and cod-Hegalian posturing that has become de rigueur for the modern comic-book opus, Dredd is thrillingly monosyllabic, supplying all necessary context in a 30-second narration and leaving everything else for the viewer to infer.

The film rapidly unfurls inside the walls of over-populated slum metropolis, Mega City One, a city-sized internment camp built on the still-smouldering rubble of nuclear apocalypse. Urban’s Dredd – a mobile trooper given power of judge, jury and executioner – is teamed with a rookie, Anderson (Olivia Thirlby), who has developed mind-reading abilities. She must accompany the colossal gunboat enforcer on his rounds as part of her ongoing assessment.

Soon, the pair are called to a crim-infested tower block (the incongruously named ‘Peach Trees’), ruled over by Lena Headey’s maniac ex-prostitute-cum-murderous drug baron, Ma-Ma. When Ma-Man locks down the building with the Judges inside, the race is on to reach the top before being diced up by her henchmen.

Structurally, the film is almost identical to Gareth Evans’ The Raid, and while some may find Garland’s treatment of the material a little nuts-and-bolts, it’s far, far more provocative and exciting than it might appear on paper. Dredd doesn’t go out of its way to subvert the genre, even though there’s barely a single scene or set-piece that falls flat. And it never unduly nudges political subtext to the fore, allowing the emotional implications of the Judges’ quasi-fascistic actions to remain tantalisingly unspoken.

It’s a crude and cocksure slab of ripping neo-exploitation – low trash meets high art – and you can even hear John Carpenter fist-pumping from the aisles.

The trailer made it look as bad as the Sly Stallone atrocity from 1995, but in a totally different way.

Wow, where the hell did that come from? Feeling dirty... and loving it! Plus, excuse our French, but great 3D.

As far as any comic-book fans would be satisfied by anything, ever, they’d be hard pressed to deny that the dark spirit of Dredd has been lovingly rekindled. 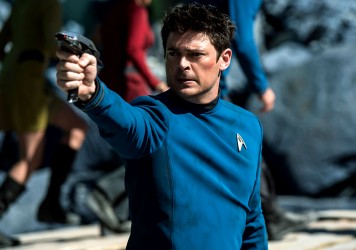