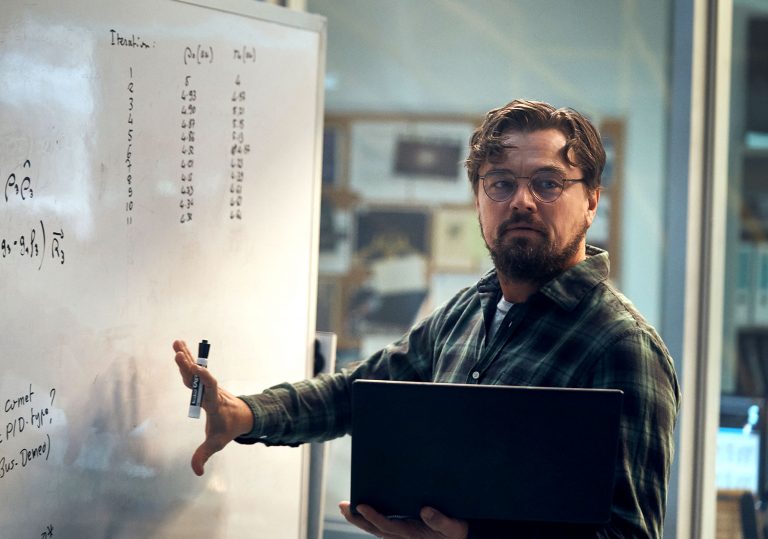 Vice was a mess; the bar is low.

DiCaprio is on good form, but McKay still over-embellishes.

A TedTalk from Hollywood’s elite that offers no easy answers.

Filmmakers have been wrestling with the climate crisis for some time now. In February 2022, it will be 15 years since Al Gore and Davis Guggenheim’s An Inconvenient Truth won Best Documentary at the Oscars; little progress (if any) has been made since then. In 2018 the UN warned we had 12 years to limit the catastrophe; this past November, the COP26 summit was deemed a failure by many critics. It’s understandable, then, that Adam McKay, who pivoted to political filmmaking in 2015 with his scathing take on the 2007-08 financial meltdown, The Big Short, might use his platform for a noble, urgent cause.

Understandable, too, is the impulse from Leonardo DiCaprio to front such a project; he established his own environmental awareness foundation in 1998, and used his Best Actor Oscar acceptance speech in 2016 to highlight climate change, not to mention producing eight documentaries around the subject and narrating two of them. But can a star-studded satire about imminent planetary death lead to material change, or does it land in the same way as a telling-off from a cool headteacher?

McKay’s allegory sees a PhD Astronomy student named Kate Dibiasky (Jennifer Lawrence) discover a comet while studying under Dr Randall Mindy (Leonardo DiCaprio). While her discovery is initially cause for celebration within the Michigan State astronomy department, the pair soon realise the comet is on a direct collision course with Earth and that the impact will cause a mass extinction event.

In an attempt to warn the world, they are joined by Dr Clayton Oglethorpe from NASA’s Planetary Defense Coordination Office, who takes their concerns all the way to girlboss madam president, Janie Orlean (Meryl Streep). A tug-of-war ensues between scientists, politicians and businessmen (notably Mark Rylance’s tech magnate Peter Isherwell, modelled after Steve Jobs and Elon Musk) as each strives to protect their interests, and Dr Mindy quickly finds himself enamoured with the prospect of becoming a celebrity scientist. 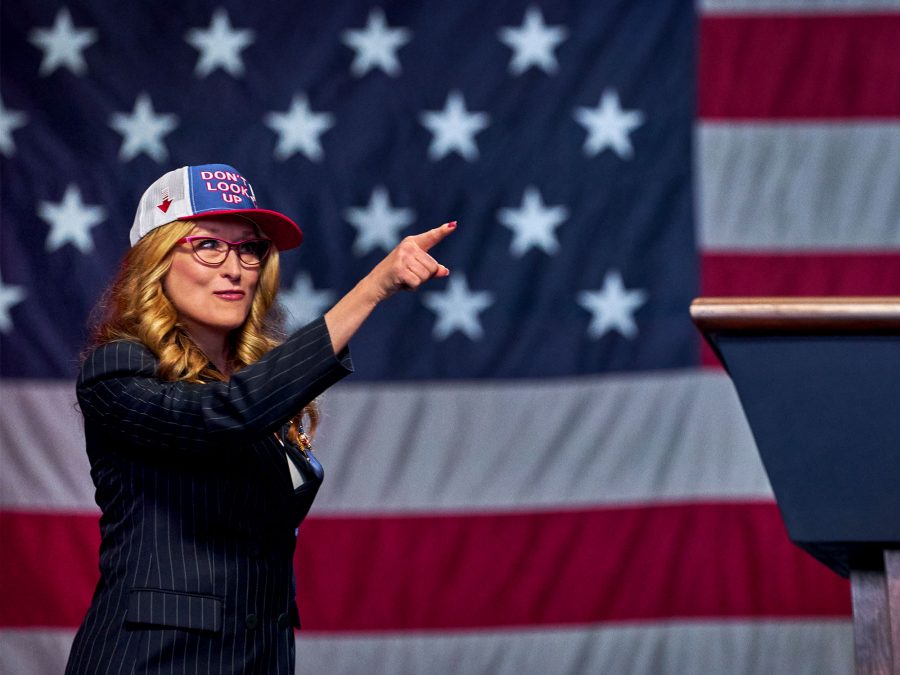 This top-line synopsis barely scratches the surface when it comes to the celebrities packed into the film’s 138-minute runtime. Jonah Hill, Cate Blanchett, Ariana Grande, Timothée Chalamet, Tyler Perry and Ron Perlman all have cameos, with mixed results: Chalamet shines as a nihilistic gamer (he should do more comedy) but Grande’s turn as a vapid pop star adds precious little apart from her name on the poster.

It feels more like an exercise in attaching stars to a cause than a successful ensemble cast, and while DiCaprio is charming as the schlubby scientists seduced by celebrity, Lawrence feels ill-cast as the grounded outsider speaking truth to power even though the role was written for her especially. A romance between her character and Chalamet’s is cringe-inducing in how forced it feels, while Meryl Streep, for all her many talents, is just not a natural comedian. It’s a shame McKay has moved away from casting comedians and traditionally comic actors, because a cast with a better sense of rhythm and timing might have been able to sell this clunky script a little more gracefully.

McKay’s stylistic flourishes (use of title cards, interspersed image sequences reminiscent of the Ludovico Technique sequence in A Clockwork Orange) remain distracting, particularly given the presence of so many stars. Even Nicholas Britell’s score feels overwhelmed by the constant bombardment of images, as if McKay is afraid to really let the film breathe. It’s only in the film’s final scene – which is maybe its best – that there’s any feeling of dramatic resonance, and even this is undermined by a slapstick post-credits sequence.

The film does succeed in portraying the lunacy of recent times, however, and although the main thrust is how world leaders continue to turn a blind eye to climate change in order to cling to revenue streams and polling numbers, it’s a handy insight into the political divides during the Covid pandemic as well.

Streep’s president is clearly modelled after Trump, which is funny up to a point, but also feels like too convenient a get-out, as if all we can do is spiral into darkness while our elected representatives continually fuck us over. It’s not like things have been markedly better since Trump retreated into the shadows; the maddening inaction of elected officials is now secluded behind closed doors, rather than played out on the POTUS Twitter account.

The thing is, it all feels a little toothless. While McKay’s previous film, Vice, ascribed every Western evil of the past 20 years to Dick Cheney, Don’t Look Up doesn’t ascribe much blame or responsibility, or even offer a phoney quick-fix ending. In fact, it doesn’t have much at all to say about the climate disaster beyond a shrugging ‘well, this sucks, but we still have each other!’

Perhaps this is an indication that we shouldn’t look (up) to celebrities for any sort of answer or salvation. But what do you do when celebrities are friends with the business execs who ravage the dwindling resources we have left to line their bank accounts? When celebrities are politicians, the very people with the power to enact global change? McKay doesn’t seem to have an answer for that.

Vice was a mess; the bar is low.

DiCaprio is on good form, but McKay still over-embellishes.

A TedTalk from Hollywood’s elite that offers no easy answers. 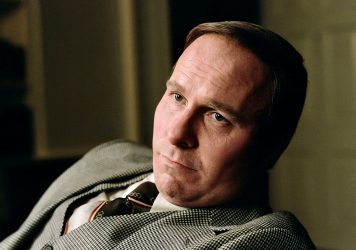 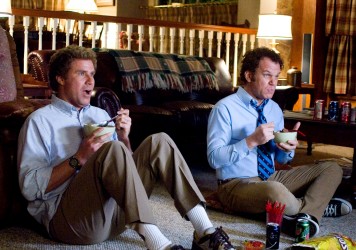