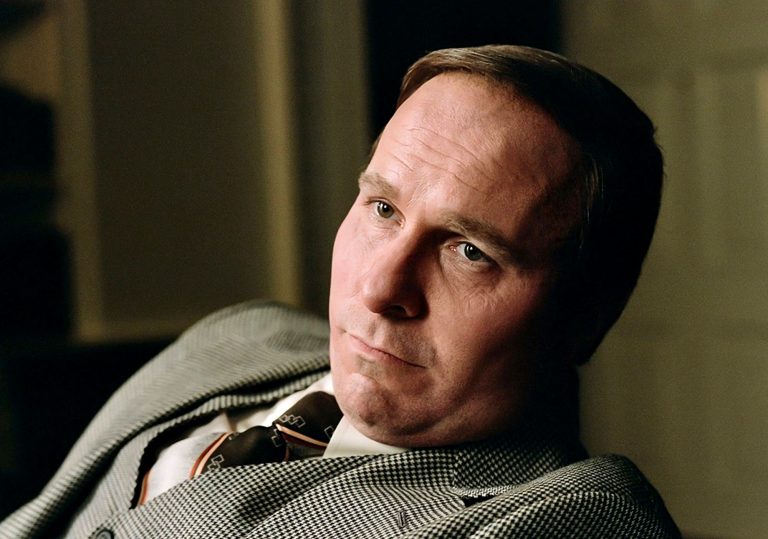 Given the current state of politics both domestic and transatlantic, it makes sense that Adam McKay is looking for answers. It’s human nature to try to find order out of chaos, and as a species, we like it when things are easy. We like neat conclusions and linear trajectories, we like heroes and villains.

The problem is, life – and indeed humanity – is never usually that easily defined; we exist in shades of grey, shifting and changing in the light. Nevertheless, it’s easier to make a film about politics if you can jab your finger accusingly at one man, hold him up by the scruff of his neck and say, “This is him, fellas! He dunnit!” Enter Dick Cheney.

McKay’s official Master of Puppets, Dick served as George W Bush’s Vice President for the duration of his presidency. Prior to that, he was CEO of oil conglomerate Halliburton, and held prominent White House staff roles during the Bush Sr and Ford administrations. In McKay’s interpretation of events, Dick’s a Midwest party boy who cleans up his act after fiancé Lynne (Amy Adams) threatens to leave him.

Reuniting with The Big Short golden boy Christian Bale, McKay sticks to the blueprint that saw him win a Best Adapted Screenplay Oscar in 2016. He scathingly reprimands Cheney for just about everything he ever did, and positions him as the sole cause of every malady the world has faced since his time in Washington, from ISIS to Trump. For McKay, all roads lead back to Cheney, who controlled every aspect of the Bush administration, and knowingly started two illegal wars just to make a little money. 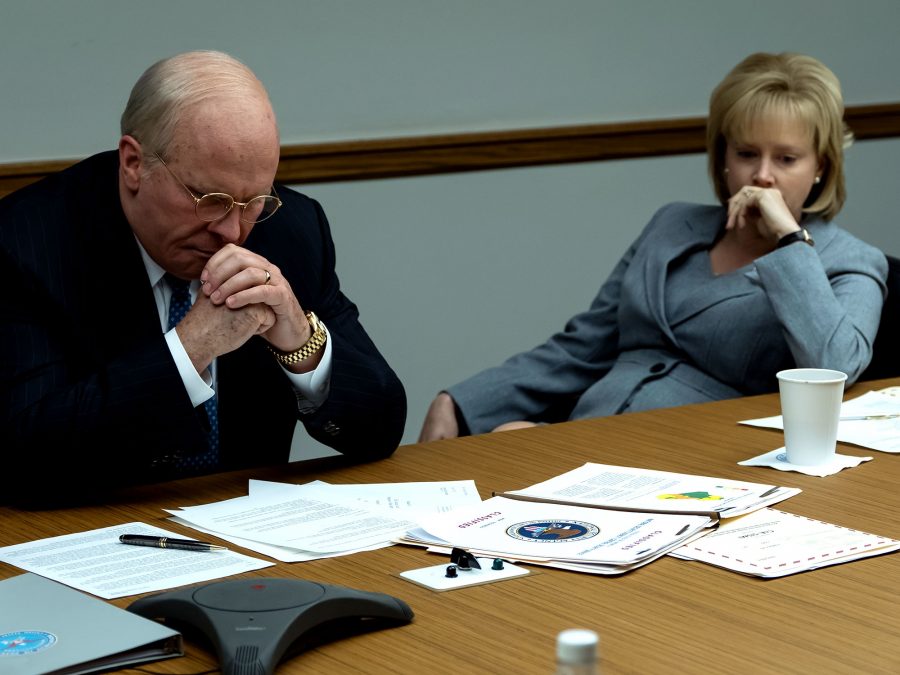 That’s a lot of credit to bestow on one single individual, but in McKay’s narrative, there’s only room for one villain. Cheney is certainly that – smirking, scheming, motivated seemingly only by greed, he’s one white cat away from being a straight-up Bond parody.

One-time American Psycho and bonafide cinematic chameleon Bale is an excellent casting choice, and infinitely watchable – he has Cheney’s mannerisms down, and his unnerving unknowable nature contrasts with Steve Carell as Donald “Rummy” Rumsfeld and Sam Rockwell as George “Dummy” Dubya, which feel more like caricatures (Carell is actually recycling his role from another McKay outing, Anchorman).

There’s never a sense that Dick doesn’t know exactly what he’s doing at all times, which makes him terrifying – but writing off the other men in power as imbeciles creates a strange sense of plausible deniability. Always-a-pleasure Jesse Plemons serves as the film’s narrator, but his character’s connection to Cheney is so tenuous, so baffling, and arrives so late in the game, it nearly derails the whole film.

It’s ironic that McKay takes aim at InfoWars, given that Vice feels more like a smug expression of a conspiracy theory than a sharp political commentary. Everything in the film is presented as ‘the facts’ (a title card and fake credits scene drive this message home), and perhaps life would be easier if one man was to blame for the global mess we find ourselves in, but that’s a Get Out of Jail Free card for everyone who isn’t Dick Cheney. People, and politics, are so much more complex than that.