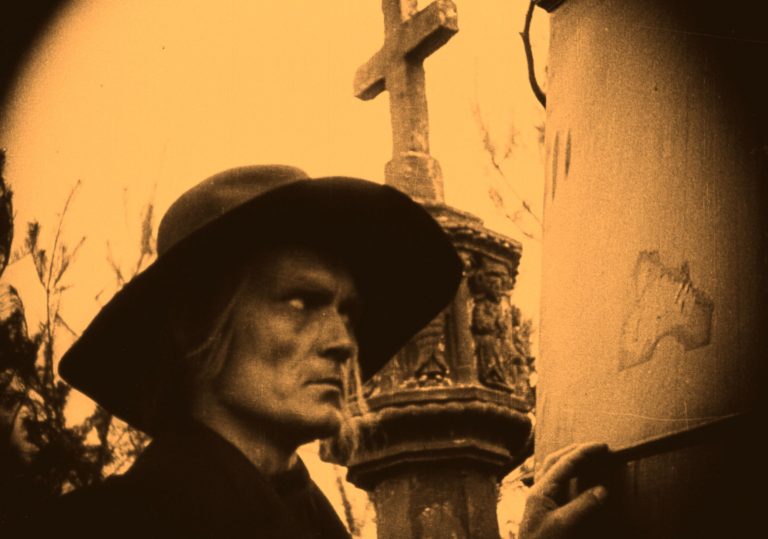 Is love really stronger than death?

Yes it is – but not the way you think it is.

Even before he was punching out canonical classics, Fritz Lang’s genius was supremely evident.

A damsel accepts a challenge offered to her by Death in Fritz Lang’s dazzlingly inventive 1921 masterpiece.

It seems that the Fritz Lang we all know and love from expressionist extravaganzas such as Metropolis and Dr Mabuse was plying his expert trade years before those canonical pillars of the silent film era. 1921’s Destiny crams more ideas, more story, more tricks and more emotion into its surprisingly curt 99 minute runtime than most directors manage across an entire career.

A happy couple, just married, ride together in a carriage across the countryside. So pure is their devotion to one another that they cover the eyes of an on-looking duck being held by a fellow passenger while they canoodle. En route to their destination, a strange traveller hails a ride: Death. Just as Metropolis laid down its central purpose in a rousing quotation – “the mediator between head and hands must be the heart” – so too does Destiny.

This time it is the notion that “love is stronger than death,” and the film plays out variations on this theme. The couple are seen drinking in a bar with the stranger, and when she briefly leaves the room, her husband disappears. Eventually, she finds Death and begs for the return of her spouse, but is instead offered a challenge: prove that love can prevent a person from dying, and he shall be yours once more.

From the early shot of Death appearing in an ominous woodland glade preceded by a wisp of wind running through the undergrowth, Lang’s perfectionism, as well as his willingness to push the young medium to its very outer limits, is palpable and exciting. The effects that he achieves are roundly astonishing, and there’s something about their obvious artifice that makes them even more real and more magical. Even the extravagant set designs, such as Death’s parlour filled with candles at different lengths, or the giant wall he erects to retain his privacy, are jaw-dropping in their scale and detail.

It’s an epic split into six chapters, and it contains within it three miniature (and fanciful) sub-plots. Yet this is no portmanteau, as these short tales illustrate the woman’s time-and-space hopping adventures to save her husband from oblivion. The first takes in a middle-eastern enclave during Ramadan and her attempts to protect her secret lover from a barbarous king. The second heads to Venice where court intrigues lead to a rapier fight to the death. While the third (and most incredible) takes us to ancient China as a corpulent emperor demands that magicians entertain him, but those who do not satisfy him will lose their head.

It’s a spectacle like no other, and a film which gets to the heart of the idea that, as humans, we find new ways to fight against the spectre of death every single day.

Is love really stronger than death?

Yes it is – but not the way you think it is.

Even before he was punching out canonical classics, Fritz Lang’s genius was supremely evident.