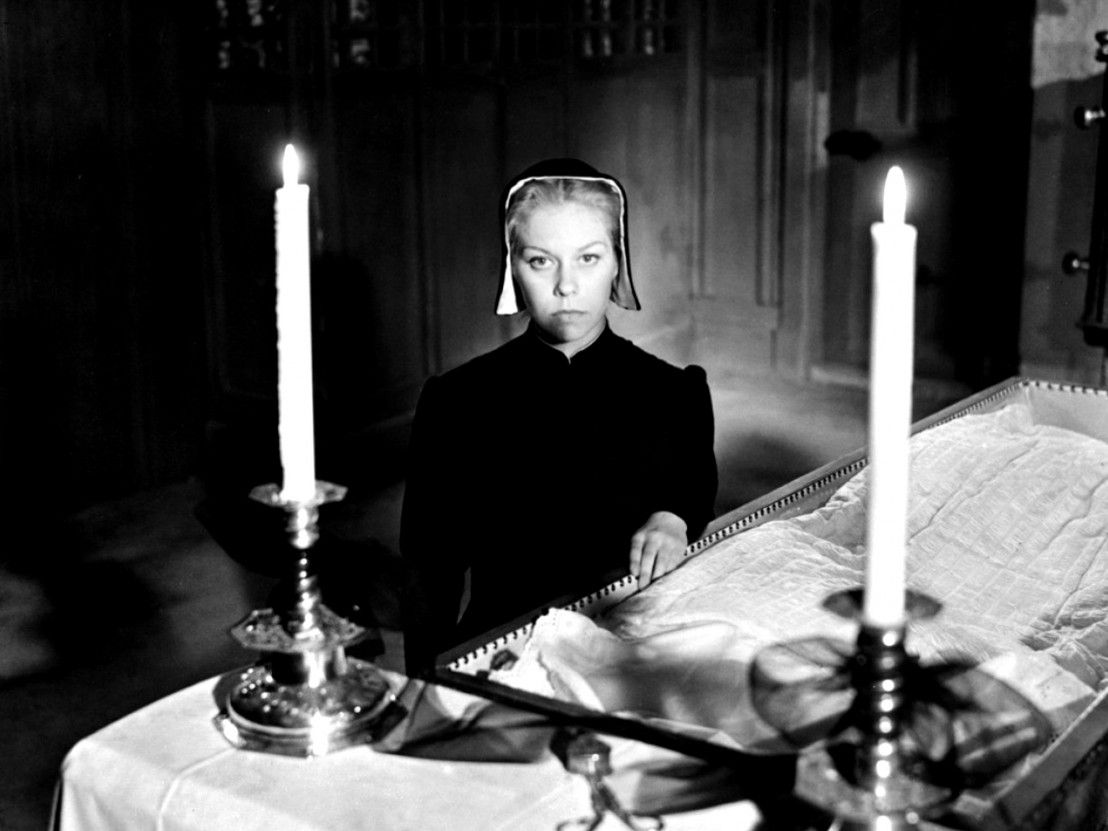 There are those undisputed masters of cinema whose names have become part of the lexicon of film criticism – such is the distinctiveness of their style. Yet while removing Carl Th. Dreyer from the annals of cinema would undoubtedly result in a vast chasm in both the heritage of Danish culture and European film history, his is not a name readily appropriated in film analysis and discussions of visual rhetoric.

Dreyer’s contribution to both silent and sound cinema was immense, having mastered the language of silent expression before making the transition into sound, and as such his influence continues to reverberate throughout cinema. To coincide with the BFI’s release of The Carl Dreyer Collection on Blu-ray, here’s a look back at four of Dreyer’s most influential works.

A silent social satire centred around the theme of domesticity, Master of the House is ironically branded the silent outsider among the sound films that comprise this piece. It conveniently sits at the start, like an overture to an opera that will unfold over four acts; concluding with an aria from the title character of Dreyer’s final film, Gertrud.

Dreyer scores his comic but cutting satirical overture with lighter tones that darkened across his proceeding work as he became preoccupied with the supernatural and faith; death and paranoia. Any preoccupation with preserving domestic bliss in 1925 would offset dramatically when Gertrud took to the screen nearly four decades later.

In a comedic tale of role reversal and domestic transformation, with Master of the House Dreyer creates a sharp social critique of the ways in which genders are defined. In particular, he taps into the post World War One climate of the capable and self-sufficient woman that challenged previous definitions entrenched within years of tradition.

While Master of the House introduces the idea of domesticity as a stage for comedic satire, Dreyer would continue to explore deeper human issues beyond the realm of comedy. Therein he would define himself as a reflective filmmaker and Master of the House’s strong women would be forerunners to Day of Wrath’s Anne, Ordet’s Inger and Gertrud. Collectively they infer Dreyer’s interest and fascination with women that he empowers within his narrative fiction to create a journey whose ebb and flow is one of happiness and suffering.

The booming music and fiery words of scripture are an ominous pre-cursor to this tale of domesticity, although they are fitting as the tale that will unfold is one shrouded in paranoia, suspicion and accusations of witchcraft. If in Master of the House Dreyer was pre-occupied with sustaining domestic peace, then Day of Wrath is a tale of fractured domesticity and women divided rather than united. Here there is a fight for supremacy over the domestic setting that is accentuated by the opposition of the young wife/daughter-in-law Anne and older mother/mother-in-law Merete.

Whilst Day of Wrath is not to be defined as a pure blood horror, Dreyer borrows the archetypal premise of witchcraft that is entrenched with the realm of horror to deepen the religious shadows with deep shades of the supernatural that shroud the domestic setting. These serve to frame Anne and her son-in-law Martin’s blossoming love story as a flickering flame in the darkness.

Here Dreyer uses the domestic as a stage to explore the misguided belief in religious superstition that sees us naively led astray by the irrational. The blend of the religious and supernatural with the personal conflicts crafts a tragedy out of which Anne emerges as one of cinema’s defining tragic characters.

At its heart Wrath of God is a human story centred upon one woman’s claustrophobic existence that has seen her life raped through a loveless deprivation. Anne is the eternal victim, and is vilified and condemned for desiring the most human of desires. Day of Wrath is Dreyer’s tale of supernatural domesticity, women divided and condemnation of a victim’s attempts to escape her claustrophobic and loveless prison.

Spiralling outward from Day of Wrath, here Dreyer reimagines the parables whose subject are of faith in what one cannot see. To discuss the theme of domesticity in Dreyer’s filmography, Day of Wrath and Ordet together form an integral sequence in which the former’s paranoia and blind faith in the supernatural is offset by the supernatural emerging from the shadows and revealing itself in the latter.

While the domestic stage was shrouded in shadows of death and murder in Wrath of God (life taken), Ordet illuminates these shadows to be the giver of life. But before these shadows are dismissed, Dreyer looks at domesticity in a broader sense, specifically the expansion of the domestic through marriage. Here Dreyer explores how religion in the hands of its followers has the potential to be a means of division: exclusive rather than inclusive.

If Day of Wrath is centred around fractured domesticity, then Ordet returns Dreyer to his earlier preoccupation: its preservation. But just as the family is a central figure within religion – The Holy Family – so too does Dreyer centre his exploration of faith and the supernatural upon the strong nucleus of his own narrative families.

Dreyer’s final bow before the curtain descends shares an intriguing relationship with these three earlier films. But on reflection perhaps the ultimate journey from Master of the House to Gertrud is the willingness of a husband to transform himself to a woman’s uncompromising stubbornness. And if Day of Wrath and Ordet were an exploration of faith, religion and the supernatural, then Master of the House and Gertrud bookend the study of the irrational with the rational.

As the final curtain on the domestic stage is readied to drop, what we witness in Gertrud is a duel between domesticity and Gertrud who fervently pursues love, and the desire to be the most desired part of her husband’s life. Gertrud looks back to the determined Anne, and while she may possess a greater independence to pursue her own course, both when the opportunity is there pursue with fervour that which they most desire: unconditional love. But this is where the comparison ends, as similarly to the distinctions between Wrath of God and Ordet, Anne breathes life into domesticity whilst Gertrud taketh its life. And so Gertrud shares a tragic fate, although a more subdued one compared to her predecessor.

Alongside Day of Wrath’s pessimistic ending, Gertrud offsets the optimistic endings of Master of the House and Ordet, symbolic of that journey: the ebb and flow of happiness and suffering.

The Carl Dreyer Collection is available now via shop.bfi.org.uk