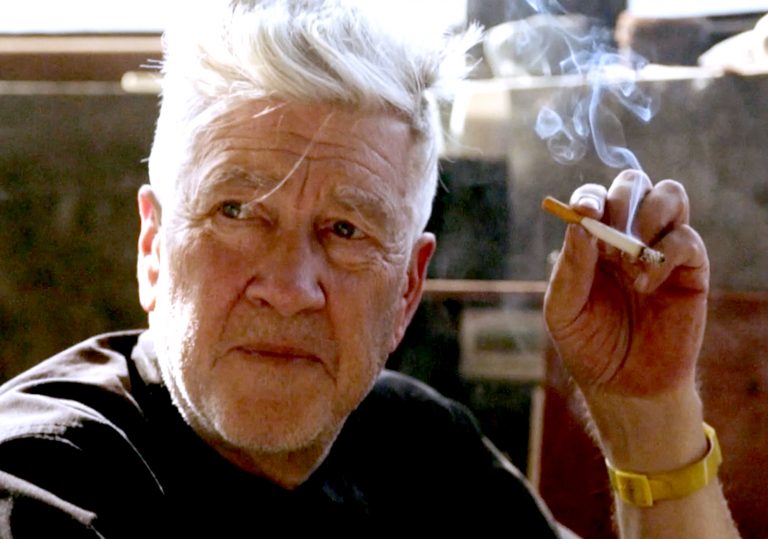 Insights into the Lynch aesthetic are always welcome.

A documentary that mimics the oblique quality of Lynch’s own work.

Portrait of an artist as a young man – and older.

“Every time you do something like painting – or whatever – you go with ideas, and sometimes the past can conjure those ideas and colour them. Even if they’re new ideas, the past colours them.” The speaker is the Montana-born writer, director and artist David Lynch, and even though we can see him sitting, smoking furiously, before a condenser mic, he is silent, as the interview is presented in voiceover.

That disconnect between what we see and what we hear is at the heart of the way this beautifully shot documentary has been constructed. Lynch, now a grey-haired old man, reminisces about his distant past, while family videos and old photographs are juxtaposed with his early and more recent works. It suggests the persistent, if invisible, influence of his formative years on his entire artistic sensibility, as he continues reaching into the darkness in search of his own identity.

Find out where this film is showing near you

Although Lynch may be best known as a film director, the focus here is on his work as a painter and sculptor. The biography that his narration outlines, from his idyllic childhood to his subsequent pursuit of “the art life” and an emerging interest in what he terms the “moving painting”, in fact ends where his career as a filmmaker properly began, with the lengthy gestation of his 1977 feature debut Eraserhead.

Nonetheless, when we see a photograph of Lynch’s mother Edwina carrying a log, or hear him recalling how, as a young boy in Spokane, Washington, he witnessed a woman walking one evening down his suburban street, stark naked and with a bloodied mouth (“kinda like the strangest dream”), it is as if the imaginative landscapes of his future work were already being sown in the past.

In his private studio in the Hollywood Hills, Lynch is now fully living the art life that he imagined when younger. He is joined there sometimes by his young daughter Lula (the documentary’s dedicatee) whose own character is no doubt also being forged by childhood experience.

Insights into the Lynch aesthetic are always welcome.

A documentary that mimics the oblique quality of Lynch’s own work.

Portrait of an artist as a young man – and older.