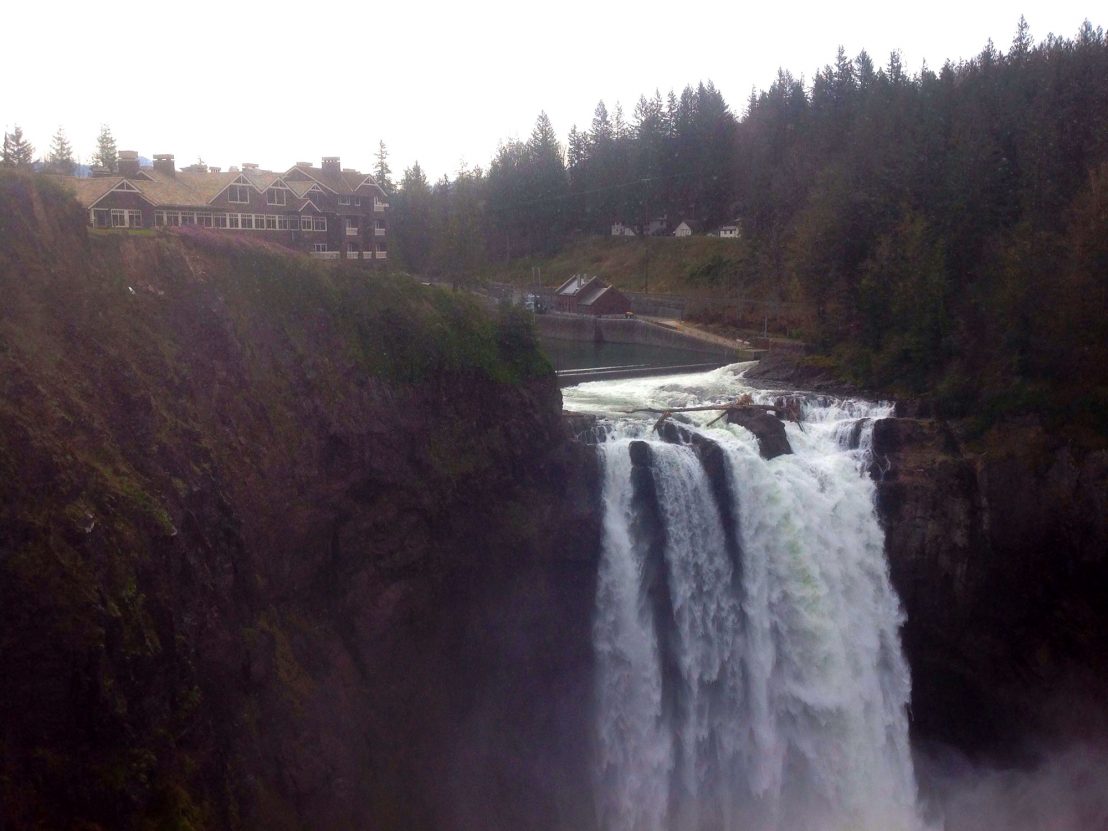 FBI Special Agent Dale Cooper tells us that America’s most eccentric fictional town is five miles south of the Canadian border, 12 miles west of the state line. That’s way out in Washington state (roughly in the Colville National Forest region), but David Lynch and Mark Frost didn’t have to venture to the middle of nowhere to find the perfect setting. They turned the much-closer-to-civilisation Snoqualmie Valley into a place both wonderful and strange.

In selecting this rural blue-collar paradise, a mere 35-minute drive from Seattle, the co-creators imbued everyday locales with cult status and cultural significance. Fans have been travelling here ever since: to walk the same old iron bridge that a bloodied and dazed Ronette Pulaski crossed in the pilot episode. These spots are sacred places for fan worship, and I made the pilgrimage recently to get more closely acquainted with the world of Twin Peaks. 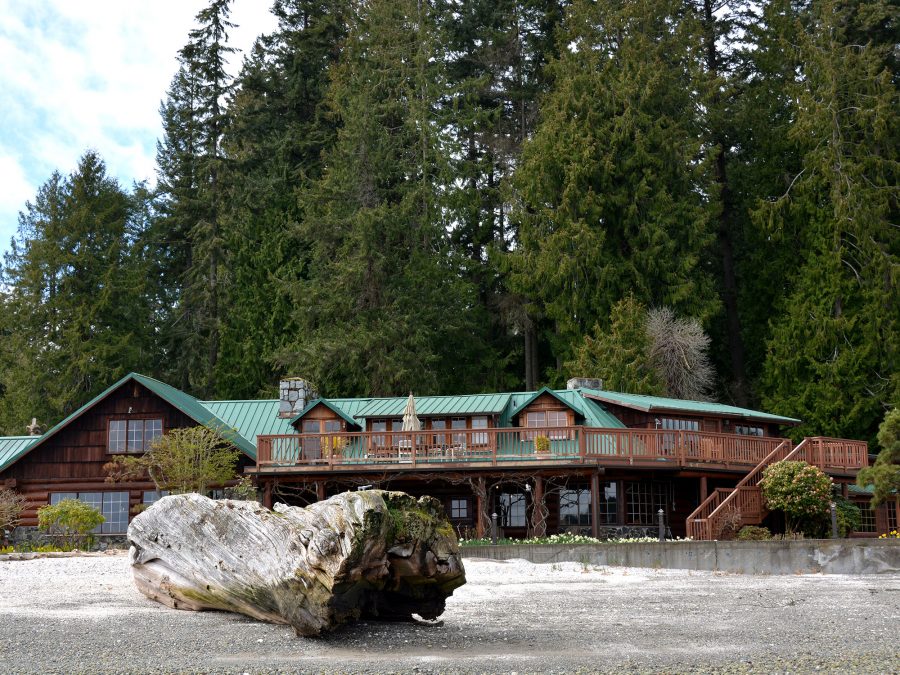 Situated on the Kitsap peninsula, just across Puget Sound on the Port Madison reservation, near Poulsbo (a tiny ‘city’ with a main drag that looks like a Disneyland version of an imaginary Scandinavian town), Kiana Lodge and the adjacent lake is a supremely tranquil setting.

The show’s iconic opening scene was filmed at Kiana (the lodge backs onto the Agate Passage, which doubled as Black Lake). It’s here a frozen, silver and glistening Laura Palmer, wrapped in plastic, washed up dead next to a giant log.

The lodge in fact served as a multipurpose location. It’s the Martell household exterior (Blue Pine Lodge), the Martell kitchen, Josie’s bedroom, and it provided the Great Northern with its Native American-inspired interiors. A relatively small and very cosy establishment, the production team certainly made the most of it.

Visiting this place made me quite emotional. Sitting on the waterfront, you get a Twin Peaks scene in natural widescreen. Heading down to the shingled shoreline, I stand in the exact spot Sheryl Lee lay down in the freezing cold. Later, I stop for a moment outside Kiana Lodge and utter Pete’s classic line, “The lonesome foghorn blows.”

The log itself, which is chained up so that it doesn’t float away, is absolutely massive. A small copper plaque, fixed to a nearby wall, commemorates the end of filming in February, 1989. 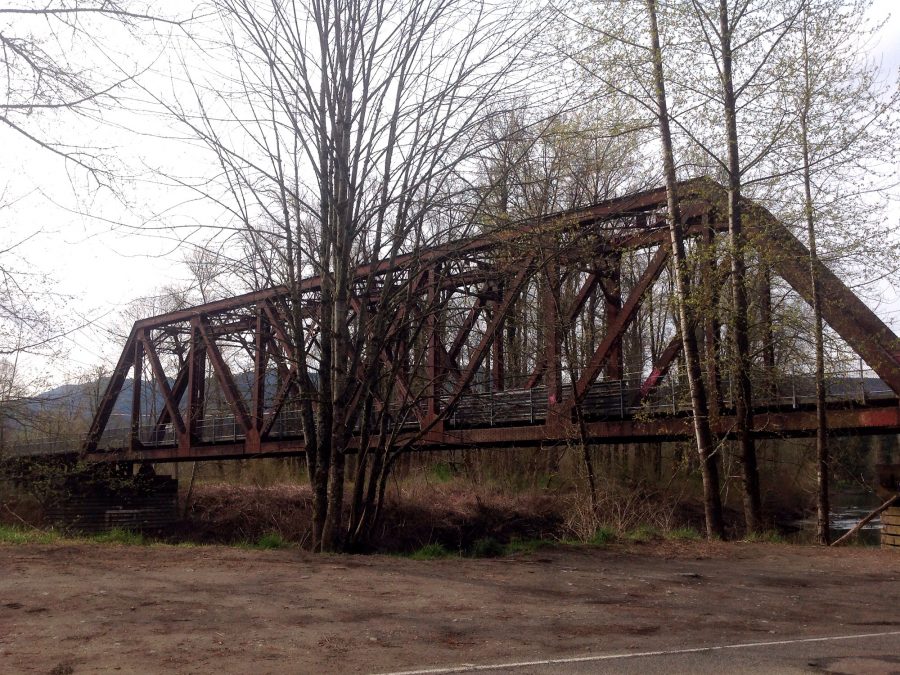 There are several points of Twin Peaks interest in the downtown area of Seattle. The Emerald City is alluded to in the show and prequel film, Fire Walk with Me. Chinese dragon lady, Josie Packard, heads off to the big city to spend her dead husband’s money on retail therapy.

Seattle is also home to one of Twin Peaks’ most enduring mysteries: Judy. Her apartment (mentioned by David Bowie’s Special Agent Phillip Jeffries in Fire Walk with Me) is somewhere in town. Horne’s department store is here, too. The building portraying Horne’s can be found behind Pioneer Square, on South Main Street and 2nd Avenue South. Lynch shot the film’s Philadelphia FBI office scenes at an undisclosed location on Buren Avenue.

The Cornish College of Arts is a bit of a trek, especially when it’s raining nonstop (Washington isn’t called the Evergreen State for nothing). This particular jaunt took me to the old performance hall, which served as the Roadhouse interior in the pilot episode. It’s not open to the public, unless there’s an event on, but the building remains suitably Twin Peaks-esque. 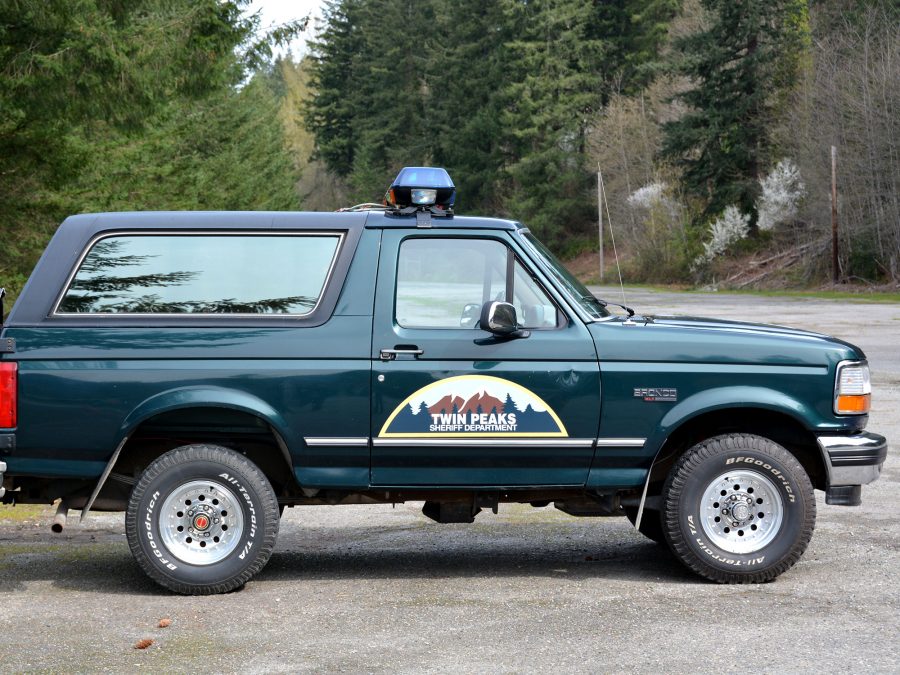 Driving into North Bend on a sunny Sunday morning, this leg was undoubtedly the highlight of my trip. Lynch shot the pilot around these parts, along with much of Fire Walk with Me and six weeks-worth of location shooting for Season 3. There are so many Twin Peaks settings to discover here, from Twin Peaks High School to Donna and Laura’s picnic spot to Mount Si Motel (the Red Diamond Motel in Fire Walk with Me) – and there’s never more than a 10-minute drive from one to the next.

Ronette’s Bridge, Sparkwood and 21, the Packard Mill and the Sheriff’s office are within spitting distance of each other. The same goes for the Bookhouse and Roadhouse. From a production schedule standpoint, the Snoqualmie Valley was – is – perfect.

Twede’s Café is a bit on the tacky side, though. While any self-respecting Twin Peaks fan will be hankering for a cup of Good Morning, America and a slice of cherry pie, the owners have milked the restaurant’s association with the show for all its worth. Staff wear Twin Peaks t-shirts, and the counter is festooned with crappy merchandise, including what look like Shelly Johnson dolls.

Still, I was sat in the flippin’ Double R and right outside in the car park is where the Chalfonts offered Laura Palmer the weird painting in Fire Walk with Me (“This would look nice on your wall”). Also, this junction – the Bendigo Boulevard South and West North Bend Way junction – is the original location of the town traffic light aka the most melancholic traffic signal in the world.

The cherry pie is delicious, though the coffee wouldn’t pass muster with Coop. It’s not fish-in-the-percolator rancid, but it’s far from damn fine. Why not serve Carl Rodd’s 48-hour blend? 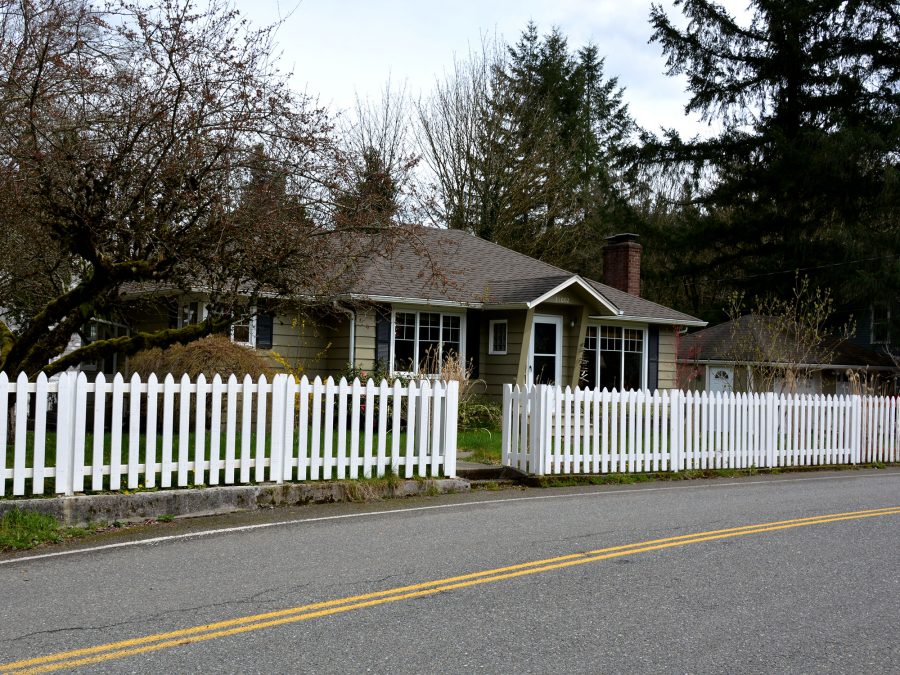 The biggest and most unexpected highlight of day three was finding a Ford Bronco with the Twin Peaks Sheriff’s Department logo emblazoned on the door parked up outside the rally school. Was this prop left over from the recent production and gifted to the rally school as a souvenir?

After that, it was off to Snoqualmie Falls, Fall City and Preston. The waterfall is magnificent and provides another of the show’s iconic images. In Fall City, you’ll find The Bookhouse (which looks like a crack den), the Roadhouse exterior and, just across the Snoqualmie river, Hap’s Diner from Fire Walk with Me.

The trip ended on a very nerdy high – a visit to Nadine and Big Ed’s house. A derelict shop sits on the site of Big Ed’s Gas Farm and right across the street is the (thankfully) still standing Hurley residence. I take a moment and imagine crazy Nadine at the front door, yelling at her husband, “Ed, are you waiting for those drapes to hang themselves?”

It’s also worth noting the bend in the road just north of the Gas Farm. It appears in the scene where James pulls up on his motorcycle and informs Big Ed that Laura Palmer’s body has been discovered. 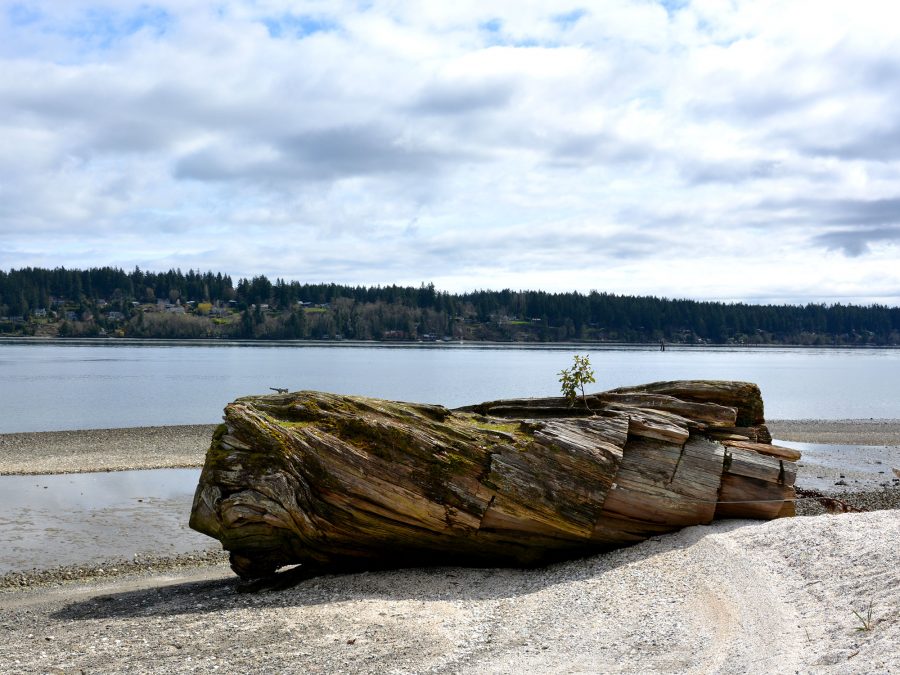