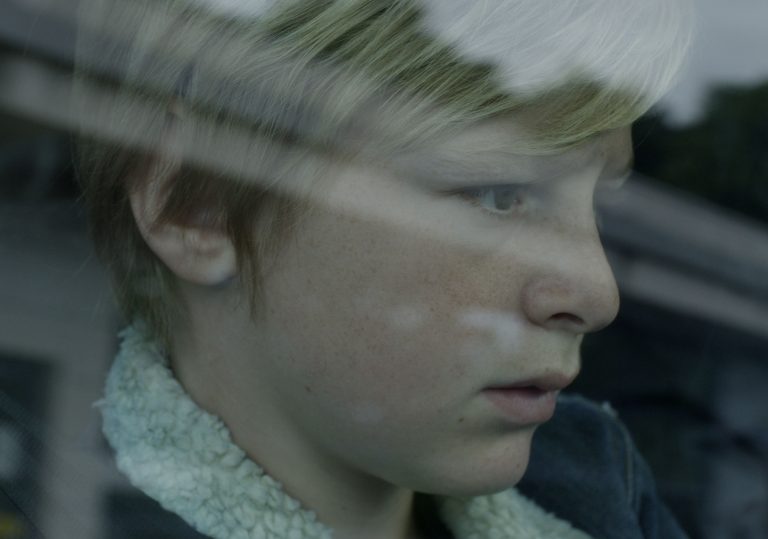 A Venice prizewinner and a first feature. Intriguing...

A film of two halves – both good, but don’t feel like they fit together.

An accomplished debut, with chilling performances from the two leads.

A young boy becomes the victim of a broken marriage in Xavier Legrand’s accomplished debut.

This poisonous little debut feature from French director Xavier Legrand is a long-fanged genre piece kitted out in sheep’s clothing. Its opening act offers a fan dance of subtle misdirection and teasing obfuscation, as a warring couple engage in a bitter custody battle overseen by a harried magistrate. In the red corner, there’s Léa Drucker’s cowering fawn Miriam, who wants nothing more than to be rid of her allegedly vile and overbearing husband.

Unfortunately for her, she doesn’t quite have the courage to just say these words in a room full of lawyers. In the blue corner, there’s seething man-hulk Antoine (Denis Ménochet), who resembles a melancholic, gone-to-seed prizefighter. His tiny, piercing eyes and petit facial features serve to cloak any outward emotion, making it even tougher, initially, to know whose side to take.

Despite statements from his children that they no longer want to spend time with him and various accusations of abuse, Antoine calls conspiracy and claims that Miriam is a master manipulator who has turned his brood against him. Even though the case seems to be weighted heavily in Miriam’s favour, the judge inexplicably awards a grateful Antoine weekend visiting rights. As that extended prologue comes to an abrupt, almost business-like close, everything is laid bare.

Custody is a direct sequel to Legrand’s 2013 short, Just Before Losing Everything, which charts Miriam’s initial attempts to break free from her quasi-psychotic spouse. While there’s some initial ambiguity in a film about which parent we should be rooting for as as objective observers, the ball drops fairly swiftly when it’s revealed that Antoine is, in fact, an obsessive psychopath of the Jack Torrence variety, and sundry carnage ensues. Any sense that the film is interested in dealing with the emotional shades of grey that come from domestic disputes is tossed aside for some nicely executed stalk-and-slash business as Antoine loses his shit in a very public way.

Where the film delivers on the thrills front, it doesn’t appear to offer much insight into the untangling of a relationship or how children’s lives are negatively affected by the actions of a hostile parent. Where Legrand excels is in the way he deals with space and the physical distance between characters. Just as in Stanley Kubrick’s The Shining, where you always have a sense of the protagonists’ presence, both on and off screen, the same goes here when Antoine begins chasing his terrified young son across a housing estate before backing down and retreating to his car.

As you witness the extent of Antoine’s mania, it become harder to believe that a judge would have originally allowed him even limited access to children, but maybe that’s the point. Humans – not just extremely violent men – can pull down a cloaking device which hides their inner rage, and no judge in the land can see through it at the vital moment. This is an impressive first film, and it will be interesting to see if Legrand’s path takes him towards more cut-and-dried horror, or the chin-strokey, cynical social realist art movie at which directors like Michael Haneke excel.

A Venice prizewinner and a first feature. Intriguing...

A film of two halves – both good, but don’t feel like they fit together.

An accomplished debut, with chilling performances from the two leads.