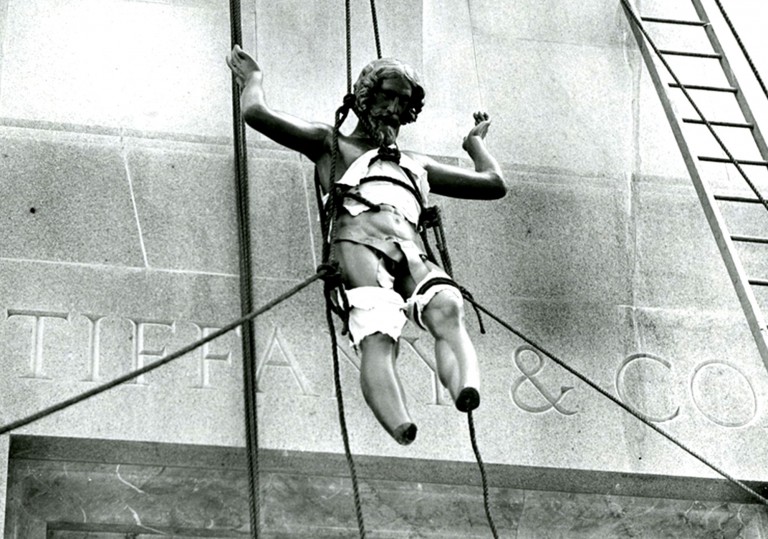 A documentary about Tiffany’s? Illuminating or indulgent?

A masterclass in masturbatory filmmaking.

Mildly diverting advertainment puff-piece on the celebrated jeweller to the stars.

In this thinly veiled marketing exercise, Miele offers up wealthy white woman after wealthy white woman, all sat in obscenely expensive Upper East Side apartments flaunting their diamonds for the camera. An unabashed celebration of wealth and grandeur, Crazy About Tiffany’s shows us the insane world of capitalism taken to its logical, lavish extreme.

So often, it feels like Miele, who’s no stranger to the world of luxury retail – his credits include fashion film Scatter my ashes at Bergdorf’s – is working through a checklist pre-agreed with Tiffany’s so as to avoid any potential PR pitfalls. He’s sure to touch on the brand’s engagement ring ad featuring a real-life gay couple, while one interviewee briefly flags up the whitewashing of Tiffany’s marketing campaigns, a notion which is resolutely glazed over.

The film attempts to present Tiffany’s as a forward-thinking, feminist brand, with Francesca Amfitheatrof proudly asserting her position as their first ever female Design Director – an undeniably impressive feat. But it’s difficult to see Tiffany’s as a beacon of female empowerment when the depiction of women is so problematically narrow. Anyone with a vagina is presented as heteronormative, materialistic and just dying to receive a diamond in a little blue box.

Unsurprisingly, much is made of the connection with Blake Edwards’ 1961 classic Breakfast at Tiffany’s. But what should have been a winning celebration of the much-loved film soon takes a dubious turn when interviewees denigrate kooky call-girl Holly Golightly as a “hooker”. The scene is emblematic of the film’s celebration of the moneyed elite, so unquestioning that its wealthy subjects are given a pedestal from which to mock the working classes.

It feels wrong classifying Crazy About Tiffany’s as a documentary. Maybe it would deserve the term if it gave serious attention to the colonial implications of the jeweller, made apparent by the fact the iconic Tiffany Yellow Diamond was discovered in a South African mine? What’s more, a cursory internet search shows Tiffany’s is still in the news, only for reasons it definitely wouldn’t want anyone making a documentary about.

A documentary about Tiffany’s? Illuminating or indulgent?

A masterclass in masturbatory filmmaking.