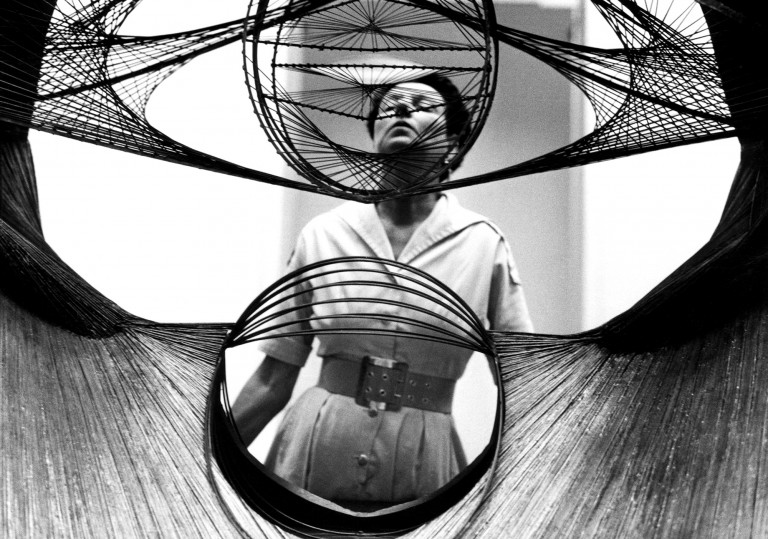 This Guggenheim is ripe for a reappraisal.

A hoot from start to finish.

Wonderfully warts and all.

“Because of her lack of beauty she was never going to make it as a siren,” offers one bitchy (male) commentator when asked what made the late Peggy Guggenheim gravitate towards the accumulation of art. This outrageously entertaining, quick-fire film boasts the rat-a-tat rhythm and the lust for life of a screwball comedy, as it introduces us to a woman who rose above the sneering, and carved out a name for herself as a creative patron, voracious lover and bon vivant.

Lisa Immordino Vreeland follows the fascinating Diana Vreeland: The Eye Has to Travel with a well-spun, energetically edited yarn that’s in part told by Peggy herself, after never-before-heard audio interviews were tantalisingly unearthed. Dubbed a ‘mixture of the old-fashioned and the very, very modern’, Guggenheim obligingly swings between prim politeness and pleasing frankness (“my book is all about fucking”), her delivery both slurring and sharp.

Born into privilege in 1898 but mired in misfortune (her father going down on the Titanic was sadly just the beginning), New Yorker Peggy refused to rest on her riches, or to resign herself to the role of tragedienne, instead becoming a self-confessed art addict. After being turned on to the avant-garde scene through her job in a NY bookstore, she befriended a number of notable artists in the 1920s – including Man Ray and Marcel Duchamp – as she decamped to Paris, and became a major influence on British thinking about modern art when she opened a gallery in London, showcasing the surrealists and putting on Kandinsky’s first English exhibition.

Returning to Paris, Peggy saved a wealth of art from Nazi destruction in 1939, which she smuggled out disguised as household goods (this would form the nucleus of her collection, purchased for a mere $40,000 and featuring works by Dali and Picasso). She also helped artists flee to America, notably Max Ernst who became her philandering husband. Later Peggy would be known for her financial support and encouragement of Jackson Pollock, the achievement of which she was most proud. Described as a ‘pollinator’, she formed a crucial link between the European and American modernist movements, bringing significant individuals and their work together.

We see how Peggy ploughed on despite routine sexist disparagement and the apparent hurdle of her looks (she opts to “guts it out with a funny face” after a botched nose job). Vreeland succeeds because she embraces the many facets of Peggy’s personality: her insecurity and self-acknowledged cleverness, her flamboyance and notorious cheapness. It’s a suitably colourful portrait of an art lover who defied the naysayers to make one hell of a mark.

This Guggenheim is ripe for a reappraisal.

A hoot from start to finish.

Wonderfully warts and all.