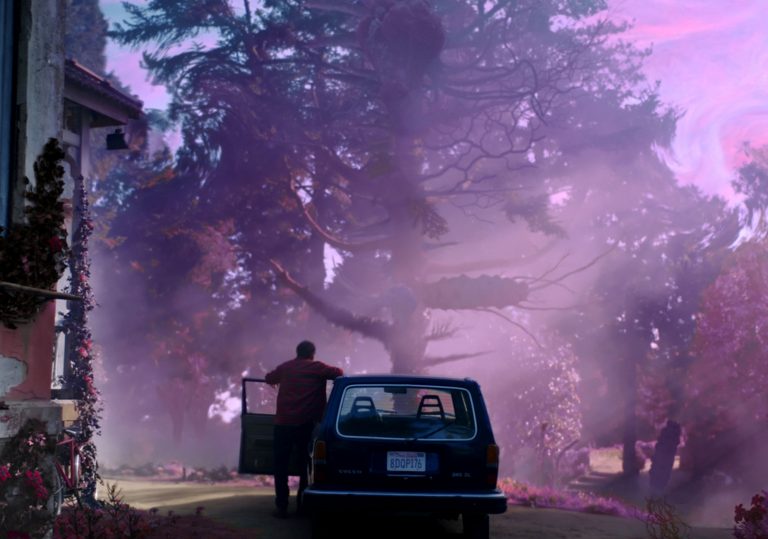 Baffling, upsetting – a hell of a time.

Fun but unwieldy, eventually losing its grip on tone and structure as the characters lose their minds.

There’s an inherent problem in trying to adapt the writing of HP Lovecraft. The very notion of something being ‘Lovecraftian’ connotes something that cannot be envisioned, that cannot be understood by the human eye. Richard Stanley’s adaptation of the short story ‘Color Out of Space’ – his first feature in over a decade – deftly sidesteps the customary roadblock that comes with Lovecraft adaptations.

Instead of trying to overcome the contradiction of portraying something incomprehensible, Stanley focuses in on the madness induced by bearing witness to an unholy cosmic terror. He observes a family attempting to find reason, or comfort one another, through meaningless platitudes.

The film relocates the story to the present day, charting the unspeakable horrors that befall the Gardner family after a meteorite crashes and sinks into the earth, its radiation transforming everything it makes contact with. The script is disarmingly funny, even as the members of this quirky family are besieged on all sides by an alien menace, starting as archetypes that soon break down – in the literal sense too, as human flesh is twisted into new and horrifying forms. It’s an often bewildering mixture of tones, and becomes increasingly strange as the film goes on. 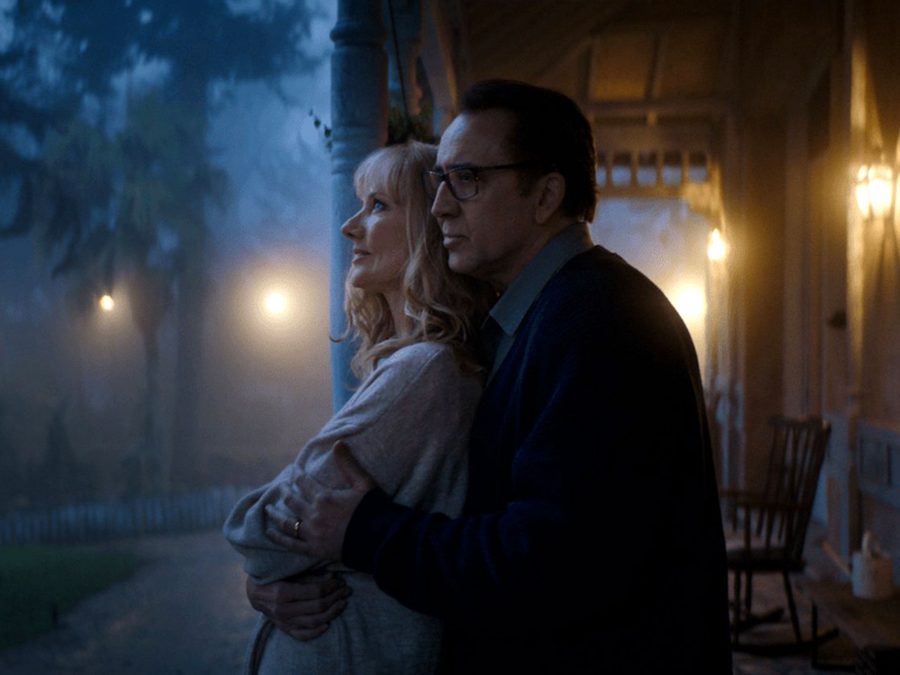 After a while, however, it leans too hard into the comedy, as the quips soon start to feel at odds with the Cronenberg/Thing-like shapeshifting monsters which inexplicably emerge and destroy the family. The film’s schtick begins to wear thin as it becomes increasingly quippy and in turn more of a slog. But, for the most part, it’s a hard film to predict, as conventional heroics appear ultimately useless in the face of an all-encompassing force that the human mind is unable to comprehend – caught only in glimpses of spectacular, extraterrestrial vistas.

Nicolas Cage’s performance as Gardner patriarch Nathan stands out, though perhaps not always for the better. His character is an atypically soft father figure who either speaks in catchphrases, such as “a dream you share is a reality,” or yells about the value of alpacas. This veneer gives way as he is consumed by madness, cruelly insulting and sniping at the family he usually treats with extreme gentleness. Cage’s increasingly manic performance feels tied to his turn in Panos Cosmatos’ Mandy, in that we bear witness to a housebroken Cage descending into an animalistic, bloodthirsty frenzy – but it lacks the focus and emotional power of that previous role.

Even before this point, the film’s visuals are gorgeous. The rural New England landscape is painted with bold, sumptuous colours. Splashy, drugged-out purples fill the sky, and the grass seems to become greener in response. As for the aforementioned monsters, Stanley truly stretches the budget to breaking point with inventive, disturbing imagery of bodies mutating, transforming and melting together. Colin Stetson’s trippy soundtrack tips the film even further into delirium, and the impressive craft offers up a world that’s disconcerting to behold, even if the time spent in it feels a little stretched.

Baffling, upsetting – a hell of a time.

Fun but unwieldy, eventually losing its grip on tone and structure as the characters lose their minds. 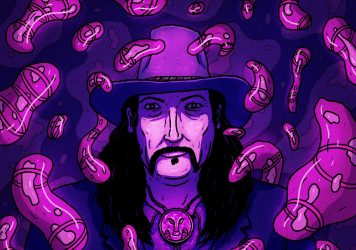 Richard Stanley: ‘I got a phone call at 3am from a guy claiming to be Nic Cage’

The cult director discusses his long-awaited return to mainstream filmmaking with Color Out of Space.