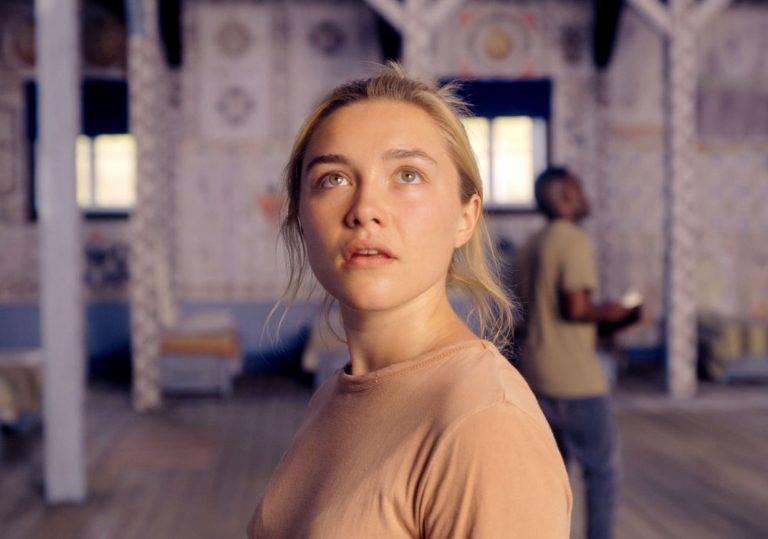 Hereditary was major. Ready for round two.

Hard to tell where any of this is going...

Meandering and underwhelming. One bad trip.

Having announced himself in gloriously deranged fashion with his debut feature Hereditary, writer/director Ari Aster has quickly been heralded as a new harbinger of doom when it comes to horror. His 2018 familial freakout saw Toni Collette take on the role of a lifetime as Annie Graham, and made Millie Shapiro’s Charlie possibly the most unnerving child since Damian Thorn. When Aster’s second feature, Midsommar, was announced, starring woman-of-the-moment Florence Pugh and set amid the traditional festivities of an isolated Swedish community, anticipation quickly began to grow.

It’s a strange thing to be so bitterly disappointed by a film that should, in theory, be right up your street. It doesn’t happen often, but the sting is always the same when it does. Perhaps the relentless all-consuming hype machine is partly to blame, bolstered by hyperbolic first-look reactions from US critics and a ceaseless tide of meme-able promotional material. Even so, Midsommar’s failings run deeper than it being unable to live up to expectations: its chief problem is that it essentially rehashes a story Aster has already told.

As in Hereditary, the film’s protagonist, Dani (Pugh) is coping with a family tragedy. Her boyfriend Christian (Jack Reynor) is trying to be supportive, but has been debating breaking up with her for some time, encouraged by his pals Mark (Will Poulter), Josh (William Jackson Harper) and Pelle (Vilhelm Blomgren). In an attempt to lift Dani’s mood, Christian invites her on the boys’ trip to Pelle’s hometown in rural Sweden to attend a summer solstice festival. Not long after their arrival, the group begins to realise there is something more sinister at play in the community, unsettled by violent rituals that sit in stark contrast to the apparent serenity of the locals. 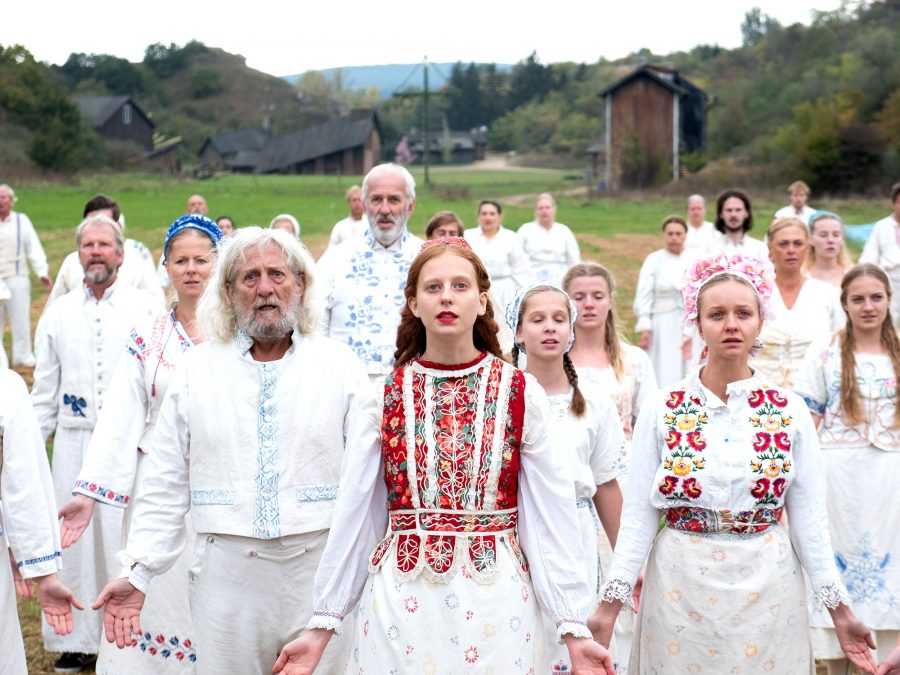 Where Hereditary offered an intimate portrait of family turmoil and failure to communicate, Midsommar seems less interested in providing compelling characters. Pugh is given precious little to do other than snivel softly or wail like a banshee, her grief never explored in a satisfying manner. Meanwhile Reynor spends most of the time looking either confused or completely blank. Poulter and Jackson Harper don’t fair much better, their roles so trivial it’s as if their inclusion was an afterthought.

The film is far more preoccupied with its dreamy pastel aesthetic than providing any real substance to its plot or character development. Blonde moppets in crisp white cotton garments scamper through the lush surroundings, a ceremonial stone is stained red with blood, life blossoms all around while several characters meet a sticky end. Yet none of these images feel particularly original or, even in the context of a creepy cult practicing strange rituals, shocking.

Aster repeats several narrative beats and recycles numerous motifs from Hereditary, and while there’s certainly no harm in carving a niche for yourself as a filmmaker, after the wild inventiveness of his debut this feels like a less fully-formed concept – a collection of arresting iconography that doesn’t quite come together. The intriguing concept of the pagan festivities is never fully explored, and the gore feels oddly sedate, rendering Midsommar a strangely toothless beast. For genuine horror at the hands of collective madness, you’re better sticking with The Wicker Man or Kill List.

Hereditary was major. Ready for round two.

Hard to tell where any of this is going...

Meandering and underwhelming. One bad trip.