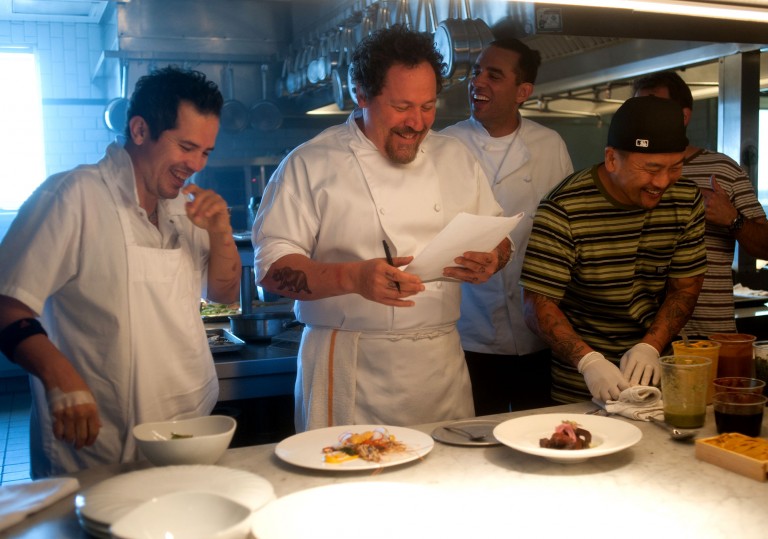 Favreau goes back to basics.

A sassy and mouth-watering concoction, bursting with flavour.

What is ‘A Jon Favreau Film’ anyway? What are the common traits, themes, motifs? A career of serviceable blockbusters (Iron Man, Elf) and doughy matinee efforts (Cowboys & Aliens, Zathura) suggests an indistinct, almost workmanlike director: a perennially likeable but ordinary talent, and a willing servant of the studio system. Has a mainstream film-maker operating at this kind of mega-bucks level ever evidenced so little panache? Where’s the excitement? Where’s the soul?

With the release of aspirational gastro comedy Chef, it feels like we’re on the verge of an answer. It’s both a low-budget passion project and an honest-to-goodness crowd-pleaser, fusing the culinary exotica of Big Night to the full-on nostalgia fountain of Almost Famous. At last, Favreau cooks up one from the heart. With jokes. And unfeasibly glamorous wives. And mouth-watering Cubanos sandwiches. Basically, for the first time in ages, he gets his priorities straight.

The film is pure whimsy, and something of a conspicuous metaphor for the director’s own peculiar career. Favreau stars as Carl Casper, a maverick head chef resting on his laurels, serving up perfectly competent but bland, uninspiring food at a successful LA eatery. After a damning review from notorious restaurant blogger Ramsey Michel (Oliver Platt), Casper quits the kitchen and takes to the road, travelling across the US in a clapped-out food truck. His goal? Go back to his roots, reignite his passion for cooking, and form a lasting connection with his estranged son, Percy (newcomer Emjay Anthony).

But the film’s lo-fi style never gets in the way of its witty script and a swanky cast who knock out the lines with verve. It lacks any real sense of conflict, and there’s an over-reliance on tried-and-tested road movie clichés, but who cares when the cast are having this much fun?

Favreau himself is slowly turning into a behemoth of a man, and his generous, dependable presence anchors the entire film. Elsewhere, John Leguizamo cranks up the folksiness as an unfeasibly loyal sous chef who quits his job to hop aboard Favreau’s small-time odyssey. Dustin Hoffman and Scarlett Johansson add a little Hollywood flavour to the mix, while twitchy old Robert Downey Jr pops up for a fun, if completely unnecessary cameo.

There are occasional technical glitches (sporadically duff edit points, awkward framing in a few of the key dialogue scenes) but you get the impression that Favreau doesn’t care about proficiency as much as he does vibrancy. It’s a film about being in the moment, and on that level Chef delivers. It’s a delicious, if rather ramshackle treat that sets the controls for the heart of earnestness, stopping off for a light bite along the way.

Favreau goes back to basics.

A sassy and mouth-watering concoction, bursting with flavour. 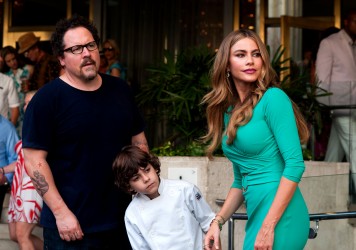