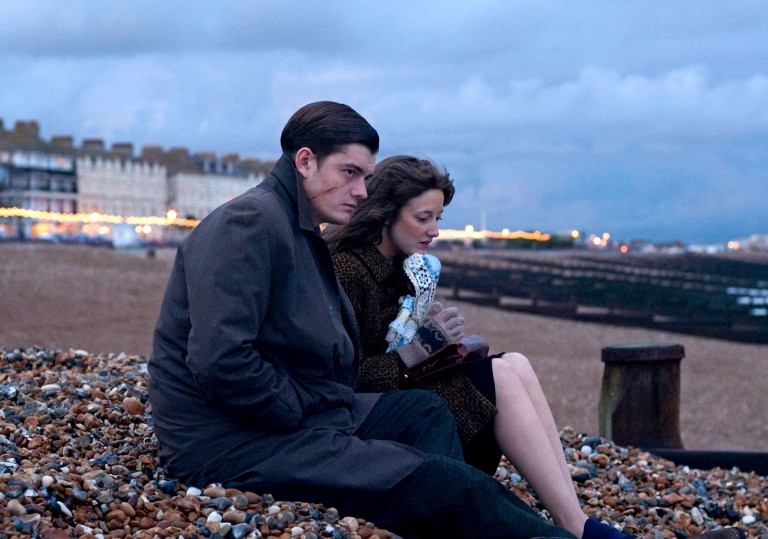 The American scribe takes on a revered British classic with a solid cast.

When it comes to remakes, there is no tried-and-tested method for guaranteeing a safe return. Yet often the most successful are those that embody the spirit that made the original stand out, while establishing a sense of identity and purpose that is entirely their own.

Having assembled an impressive cross-section of British filmmaking talent – with stalwarts and rising stars accounted for, not to mention a reputable cinematographer (John Mathieson) and composer (Martin Phipps) – Rowan Joffe (who’s on a career high after penning the screenplay for Anton Corbijn’s The American) has certainly stacked the odds in his favour.

And well he might, given that he’s chosen to reinterpret a cherished British novel and seminal film noir for his directorial debut. Sadly, the task has ultimately proven too big for him.

Wearing the scar and scowl made famous by Richard Attenborough, Sam Riley looks and acts the part as Pinkie Brown, the young sociopath hell-bent on shanking his way to the top of the crime pile following the death of his mentor at the hands of a rival gang.

After exacting his own brand of eye-for-an-eye justice, Pinkie finds himself in deep barney with both the law and resident cigar- chewing mob king Mr Colleoni – played with pomp by Andy Serkis, who relishes laying it on thick but is fatally underused.

To keep the former off his tail, Pinkie woos the girl whose testimony would bring about his undoing. But while doe-eyed waitress Rose (Andrea Riseborough) might be meek and impressionable at first, her growing clinginess and unconditional devotion soon put both their lives at risk. He might be quick with a blade and lethal with a wink, but Pinkie’s not as sharp as he thinks he is.

Joffe has applied his own signature to this Scarface-lite tale by bringing the setting forward from the late-1930s to 1964; the year that the last hanging took place in the decade of the great British gangster. And it is here, crucially, that the mods and rockers first inspired moral panic on the streets and shoreline of South East England.

This is a period rich in countercultural iconography that has traditionally lent itself well to cinema, but it’s a time to which Pinkie doesn’t really belong – his disenfranchisement at odds with the social emancipation of his brawling contemporaries.

Where John Boulting’s 1947 film eloquently captured the voice of post-war youth, Joffe’s is fixated on Vespas, Brylcreem and tailored suits – it’s all style and no substance.

Lacklustre supporting turns further sour the mix, most notably from Helen Mirren and John Hurt, who come across as if they’ve stumbled in fresh from a day’s shift pulling pints and thumping punters down the local boozer on some tawdry terrestrial soap. All of this amounts to one damning prosecution against the director.

Graham Greene’s original prose might be tricky to recycle without losing some of its resonance, but when the individual components are this strong, it’s criminal that the end product is so bland.

The American scribe takes on a revered British classic with a solid cast.