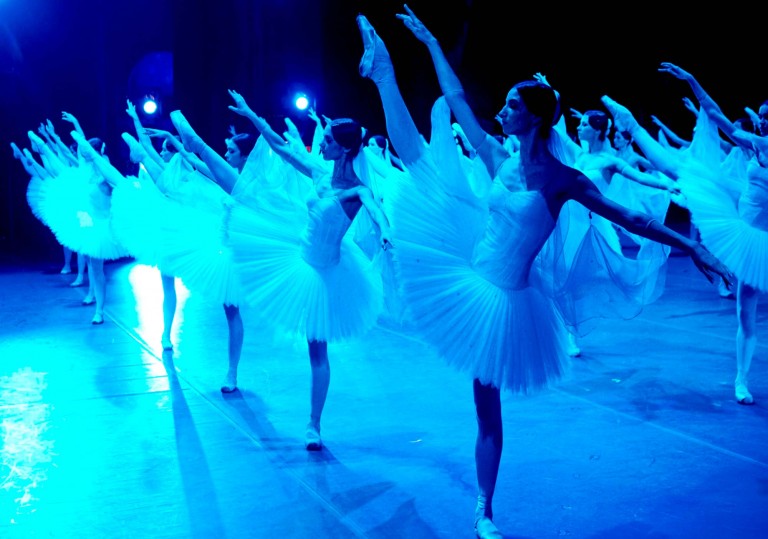 Is cinema going to bring down one of the world’s most beloved entertainment institutions?

Not by a long shot.

Maybe more interesting as a behind-the-scenes exposé than it is a piece of hard journalism.

The Bolshoi Ballet is a byword for consummate artistry and a world leader in classical dance. Behind the red velvet curtain is enough corruption, fierce rivalries and even violence to rival any palace intrigue. A mere 500 metres from the Kremlin, we find the Bolshoi on the verge of meltdown in Nick Read and Mark Franchetti’s documentary.

A hint that all wasn’t well in paradise surfaced when a masked man threw acid in artistic director Sergei Filin’s face. It emerged that the assailant was paid by a principle male dancer, angry at Filin for overlooking his girlfriend’s abilities, the incident was chalked up as a case of revenge. Yet the investigation opened a window on a murky and unstable world run by people who skirt that very thin line between passionate artists and Bond villain-style megalomaniacs.

In Bolshoi Babylon, we don’t really learn any more than that. It appears that becoming involved in the ballet at this level requires political discretion that some find uncomfortable. We meet dancers thrilled to endure intense physical and psychological pain to realise their childhood dreams. We see them smiling nervously and hesitant to acknowledge the rot, lest they incur the ire of their shady masters. Between interviews there are sundry shots of dancers practicing tirelessly and some archive footage of past greats on stage.

It’s interesting how the directors allow subjects to think that they are at the centre of the film, while in the edit, the testimonies are played against one another as a way to emphasise the internal conflict. Maybe it’s unfair to suggest the results would be similar were you to turn your cameras on any commercial enterprise of this size, yet the conclusion that crooked politics, wayward egos and a climate of fear are core to the Bolshoi’s day-to-day activities hardly makes for breaking news.

Is cinema going to bring down one of the world’s most beloved entertainment institutions?

Not by a long shot.

Maybe more interesting as a behind-the-scenes exposé than it is a piece of hard journalism.