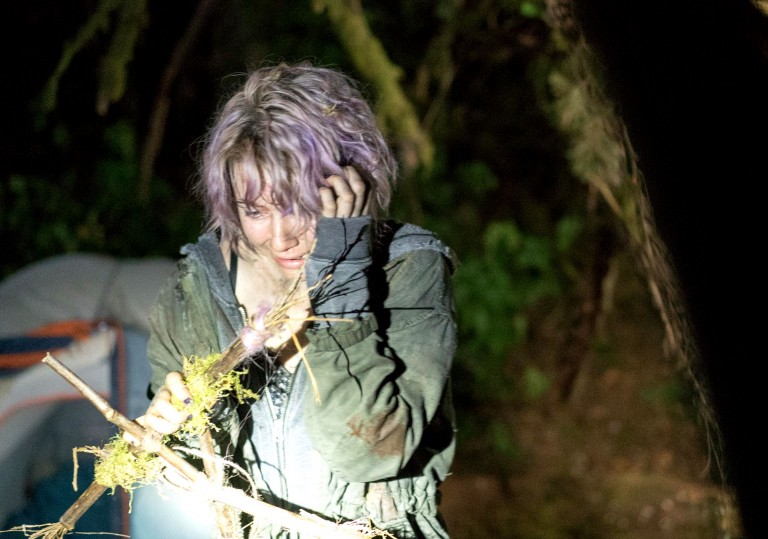 Blair Witch is self-aware, but still gets the beat of every scare just right.

Perhaps these woods’ biggest surprise is their proximity to the original’s formula, despite 16 intervening years.

It’s been a long time since Heather Donahue and her two-man crew ventured into the woods of Burkittsville to become a part of the local legend that they were there to document. Back in 1999, Daniel Myrick and Eduardo Sánchez’s ultra low-budget The Blair Witch Project would revolutionise genre cinema, as its combination of an uncanny idea, canny viral marketing, and a pseudo-documentary found footage frame would end up being emulated ad nauseam by every would-be filmmaker hoping to make their mark on the world of horror. Incidentally, The Blair Witch Project had one of the most spectacular ROIs in the history of cinema.

Since then, there have been Blair Witch books, comics, video games, and even, in 2000, an ill-received feature sequel, Book of Shadows: Blair Witch 2 – but no one saw all-new sequel-to-the-first-film Blair Witch coming, not least because it was a production shrouded in secrecy, with a working title ‘The Woods’ to throw people off the scent – until the film’s true title was revealed at the San Diego Comic-Con.

Made by the genre dream team of director Adam Wingard and writer Simon Barrett (A Horrible Way to Die, The Guest), Blair Witch turns out to be as self-consciously sequel-y as a sequel can be, with Heather’s younger brother James (James Allen McCune) attempting to retrace his sister’s last steps in the Black Hills Forest as his college friend Lisa (Callie Hernandez) turns his journey into a documentary project. Sharing their campsite are friends Peter (Brandon Scott) and Ashley (Corbin Reid), and Burkittsvilleans Lane (Wes Robinson) and Talia (Valorie Currie), offering newfound footage and local knowledge.

The rest is pretty much by the book (of shadows). Contradictory accounts of the Blair Witch are heard, things go bump (and crack and rumble) in the night, co-eds get lost in the woods and left a-cowering in their tents. We know that these characters are all lambs for the supernatural slaughter, and that those still around for the final act will be drawn to their doom in a creepy old house that does not appear on any map.

Really the only innovations here are the upgrading of early-2000s DVs to newer kit – multiple earpiece GoPros, high-spec digicams and even a drone-mounted camera – and a certain reflexivity in the scripting to suggest that the filmmakers know that we know the tropes being used here. “I wish you would stop doing that!” Lisa shouts after the third or so time that one camper has frightened another by suddenly appearing behind them – and not long afterwards, a GoPro allows us to see a similar scare turned inside out from the unwitting frightener’s POV.

Yet no amount of self-aware deconstruction or revised media can mitigate the sheer panic of the film’s climax, or explain away its unnerving irrationality. So maybe it is about time we were taken back into the woods.

Blair Witch is self-aware, but still gets the beat of every scare just right.

Perhaps these woods’ biggest surprise is their proximity to the original’s formula, despite 16 intervening years.