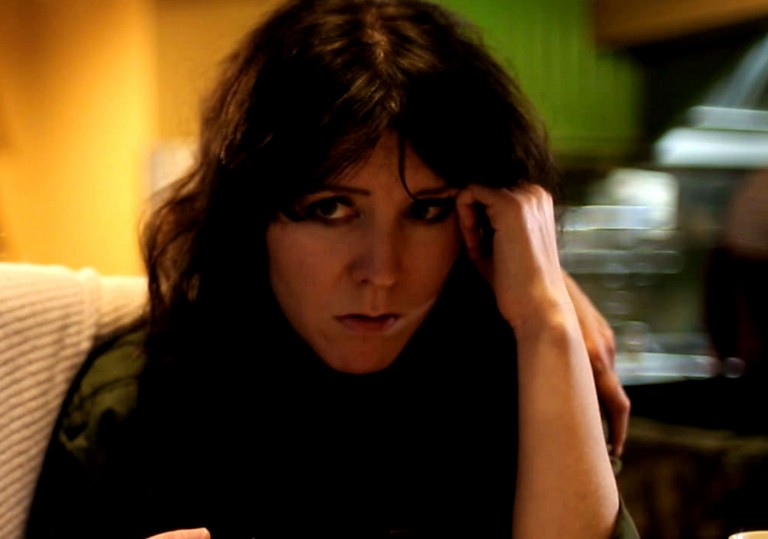 Alice Lowe’s in it so we wanna see it.

A superb opening 30 minutes, and from then on it’s… pretty good.

Not one that lives too long in the memory.

Without meaning to unduly decimate some of the supporting performances in Jamie Adams’ sweet, improvised comedy Black Mountain Poets, watching this film is a simple case of waiting for Alice Lowe to appear on screen. If everyone in the cast gives a solid seven out of 10, she’s easily a 12. The camera naturally gravitates towards her, wise to the fact that her reaction to a line of dialogue will likely be funnier than the dialogue itself. She’s hilarious, casually outclassing her fellow players. Even the way she wears a hat is amusing.

She stars as Lisa, wacky, impulsive sister to Dolly Wells’ anxiety-prone Claire. The pair get themselves into a spot of bother when they’re caught trying to steal a JCB digger. By sheer luck, their perfect getaway is helped when they spot an abandoned hatchback which happens to be owned by sibling poet celebrities the Wilding sisters, who are en route to an outdoor poetry slam in their honour. And so Claire and Lisa do the obvious thing and assume their identities, believing that a weekend of improv poetry is probably far superior to a weekend in the slammer. And from then on, it goes as it goes…

There’s a nice dovetailing of form and content in choosing to make an improvised film about improvised poetry. And there are ample titters along the way, but there is a tad too much corpsing, or stretches where actors simply attempt to diatribe their way towards a golden gag which sometimes doesn’t come. When the film dispenses with its petty crime story (about 30 minutes in), it begins to lose its steam, particularly with the introduction of poet diva Louise Cabaye (Rosa Robson) and her strained relationship with hot sensitive dude Richard (Tom Cullen).

The laughs dry up and in their place come maudlin longueurs as the various characters take this tragic mini-break as an opportunity to weigh up their human failings. In its blind search for profundity, it’s a film which loses sight of what makes it interesting in the first place.

Alice Lowe’s in it so we wanna see it.

A superb opening 30 minutes, and from then on it’s… pretty good.

Not one that lives too long in the memory.