Birth of the Dragon

Review by Joel Down 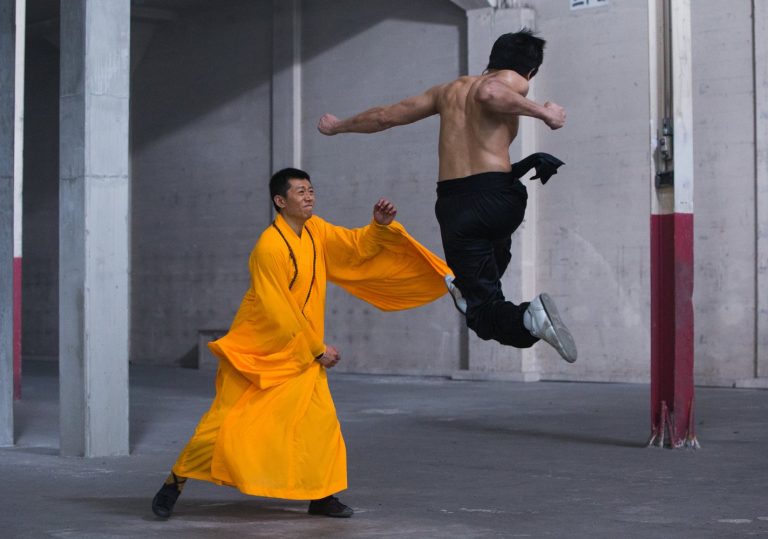 The trailer suggests we’re in store for some spectacular amateur dramatics.

This strange, early years biography of Bruce Lee appears more interested in one of the story’s male side characters.

Which is the more effective way to administer physical damage to another human being: modern Kung Fu or the North Shaolin method? George Nolfi’s second feature as director puts this poser to the test as he draws our attention to a dramatic bout between the late icon Bruce Lee – played by Kung Fu star, Philip Ng – and Shaolin master, Wong Jack Man (Xia Yu).

Whisking us back to Lee’s early years when he worked as a martial arts instructor in San Francisco, the film attempts to imagine why this fabled encounter took place and what its wider ramifications would have been. In doing so, it introduces a fictional student, Steve McKee (Billy Magnussen), who acts as a focus for the action.

Since its festival debut at the Toronto Film Festival in 2016, film has invited unwanted comparisons to the recent remake of Ghost in the Shell, which was subject to a wave of whitewashing accusations. Magnussen’s Mckee is the only white American character in the film, but the big problem is that his story is afforded far more screen time than anyone else’s. Furthermore, debutant Jingjing Qu is trapped in an unimaginative female role as a damsel in distress, and this frustrating decision eventually sees Lee and Wong Jack Man battling it out to preserve her honour.

Disappointingly, the fight scenes lack any real athletic dynamism or unpredictability, two features that set Lee’s big-screen clashes apart from the slew of imitations that followed his untimely death in 1993. Xia Yu  has a passable excuse in that his formal training does not extend to martial arts, while his experience as a seasoned actor helps to plug the gap.

The reverse is true of Ng, who’s decision to characterise Lee as cocky and egotistical is tough to take seriously. It’s an inspiring rendering, and is done no favours by the dull camerawork and editing. There is a passing visual reference to the seminal Enter the Dragon in the form of Ng’s slashed ribcage.

But Birth of the Dragon doesn’t offer a fair or credible reflection of Lee, Kung Fu or even the films that launched him as a mould-breaking hero of the East. Having more in common with grey liquid cement than glistening holy water, it crashes where it should flow.

The trailer suggests we’re in store for some spectacular amateur dramatics.