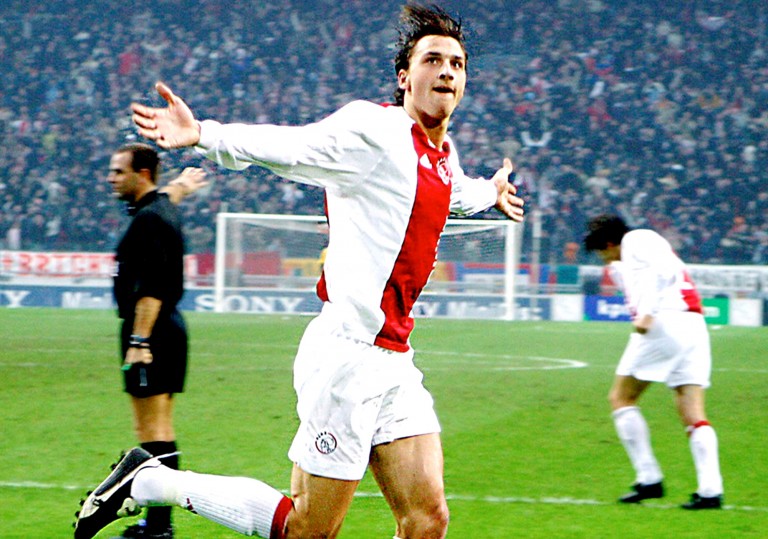 At closer look at one of modern football’s most controversial and iconic figures. Go on then.

It’s Zlatan’s world, we just live in it.

A cracking coming-of-age look at one of the sport’s great enigmas.

You might well think that Zlatan Ibrahimovic, for all his obvious footballing nous, doesn’t really merit his own feature-length documentary. And you’d be wrong. In fact, it’s a wonder that great works of literature have yet to be written about his mercurial talents, or grand cathedrals and other gilded monuments erected in his honour. At least, that’s how the enigmatic star would have it, so irrepressibly palpable is his confidence in his own ability.

There’s a wonderful story from a couple of years ago about Zlatan becoming irate upon being told that he had placed second behind five-times Wimbledon winner Björn Borg on a list ranking Sweden’s greatest ever sports people. “To finish second is like finishing last,” he told the national paper that ran the poll, apparently seeing this as a serious affront. “On that list I would have been number one, two, three, four and five, with due respect to the others.”

It’s easy to scoff at such brazen self-aggrandisement, but take a step back and this anecdote reveals something interesting about the relationship between Zlatan and Swedish football fans. He is without question the biggest global superstar the country has produced, but he is also, as Fredrik and Magnus Gertten’s insightful film details, regarded as something of a misfit back home, an icon who will never be universally accepted or adored. Part of the reason is that he was born to a Bosnian father and a Croatian mother, and despite the hero’s welcome he receives whenever he returns to his native Malmö, you get the sense that the people here have never fully viewed him as one of their own.

That his ego is even greater than his goals-to-game ratio is another contributing factor. Indeed, arrogance, pride and selfishness are not typical Swedish traits, and Zlatan’s fiery temperament and perceived lack of respect towards his opponents saw him routinely court controversy in the early part of his career. But really, whether you think he’s a flawed genius or a colossal prick, it’s hard not to admire the sheer force of personality that has propelled him to the upper echelons of the game over the last decade or so.

With its wealth of rare archive footage and candid interview material with a curious blend of ex-teammates and coaches, Becoming Zlatan goes deeper than any footballer biography before it. And yet, through no fault of the filmmakers, it only scratches the surface of what makes this mononymous talisman such a captivating, divine presence both on and off the field.

At closer look at one of modern football’s most controversial and iconic figures. Go on then.

It’s Zlatan’s world, we just live in it.

A cracking coming-of-age look at one of the sport’s great enigmas.