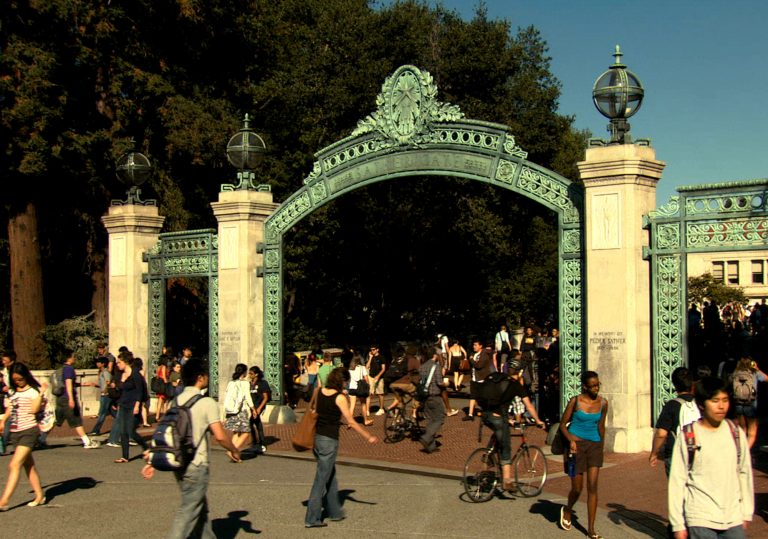 The direct cinema pioneer fixes his lens on one of America’s most storied scholastic institutions.

An occasionally exhausting but enlightening portrait.

Considering the breadth and intellect of Frederick Wiseman’s filmography, it feels somewhat inevitable that he’d one day take as his subject the province of academia. His second feature, 1968’s High School, first betrayed an interest in educational ethnology and scholastic infrastructure, and he would follow it up with a sequel over two decades later. It has taken until his mid-’80s, however, for the direct cinema pioneer to look toward the domain of higher education. At Berkeley, one in a string of ambitious late career works, at once interrogates the pedagogic/ideologic institutional divide as well as the principal tenets of Wiseman’s cinema itself.

Extending the filmmaker’s greater project of observational inquiry and assimilation, At Berkeley arrives at the Bay Area public research campus with little if any measurable objective, opting to aggregate faculty and student impressions, opinions, and assessments regarding the constitutional integrity of the university rather than probe or proceed from any pre-established narrative perspective.

This is Wiseman’s customary methodology, but in this instance, documenting as it does such a labyrinth-like communal environment, his film feels especially relaxed and receptive to happenstance and incremental discovery. In the process, Wiseman – always a conscientious presence in his work despite his vérité sensibility – highlights contradictions and parallels within a dogmatic scholarly continuum which, by its very nature, necessitates cultural, historical, and institutional regard.

Shooting in his simultaneously detached yet inquisitive style, Wiseman maps an expansive topographical index of the grounds between UC Berkeley’s borders. Moving fluidly from indoors to outdoors, from halls to haunts, from classroom to common areas, the film comprehensively accounts for the many personalities and professions which energise and exemplify the school.

Wiseman allots healthy portions of the film to the organisational and, by extension, philosophical operations of the university – how it’s perceived, how it functions in relation to its Ivy League alternatives, and how it defines itself within a politically progressive past and present. Such topics prompt discussion and debate amongst the administration, a process of deliberation which Wiseman carefully correlates with lengthy lecture scenes which frequently devolve into disputes amongst students.

At just over four hours in length, At Berkeley takes its time surveying campus life and its everyday idiosyncrasies. More so than even some of Wiseman’s other circumscribed cinematic frameworks, individual interest in and insight into this film’s subject may vary based on a number of unquantifiable factors, tolerance for collegiate verbal contention and sympathy for liberal demonstration foremost amongst them.

And when compared to the other more visually stimulating films Wiseman’s made this decade, such as 2011’s Crazy Horse or 2014’s National Gallery, At Berkeley can’t help but appear the more modest endeavour, despite its scope and topicality. That being said, this is a highly articulate and engaging film, and one that benefits greatly from its creator’s wisdom and democratic approach.

The direct cinema pioneer fixes his lens on one of America’s most storied scholastic institutions.

An occasionally exhausting but enlightening portrait.