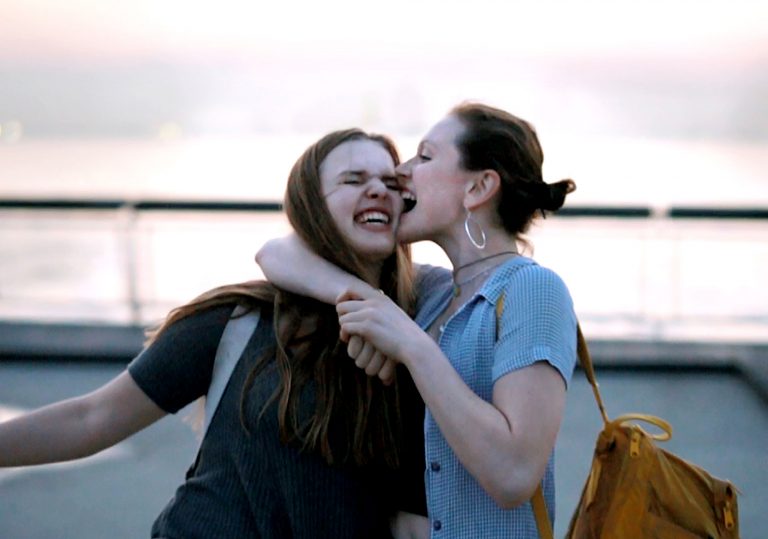 Feels just like high school: will it ever end?

Compelling material that never quite comes of age.

Ah, high school… A hellish time, fuelled by insecurity, self-loathing, pimples and a fuck-tonne of homework. It’s comforting to know that regardless of whether you are a staggeringly beautiful teen queen with stacks of cash, or a bespectacled dungeon master, everyone has problems big and small. This is the sole takeaway from Jenny Gage’s documentary, All This Panic.

From the outset, there’s a sense that Gage decided to replicate the style of a Petra Collins photoshoot in order to create a Girls spin-off. The younger (even more vapid and tedious) years. Which is not to say these stories of predominantly white, privileged high school girls in New York aren’t worthy of being told. It’s the how that’s the problem. Even at 79 minutes, the film feels meandering and exhaustingly disjointed.

The more serious issues these girls face would be difficult to deal with at any age – parental suicide attempts, self-harm, mental illness, homelessness, sexuality, race. And there are genuinely affecting moments in the film. Lena, the most engaging of girls, recounts how her father explicitly told her he doesn’t have the will to live anymore. And yet this scene, as with many others, is washed over with sepia-hued soft focus and backdropped by a sunset.

Something like the 2016 coming-of-age comedy The Edge of Seventeen, though entirely fictional, feels authentic in its nuanced, awkward, hilarious, heartbreaking portrayal of what it feels like to grow up. By comparison, it’s difficult to find a reason to feel anything watching All This Panic. They say youth is wasted on the young, but these youths were wasted on this film.

Feels just like high school: will it ever end?

Compelling material that never quite comes of age.