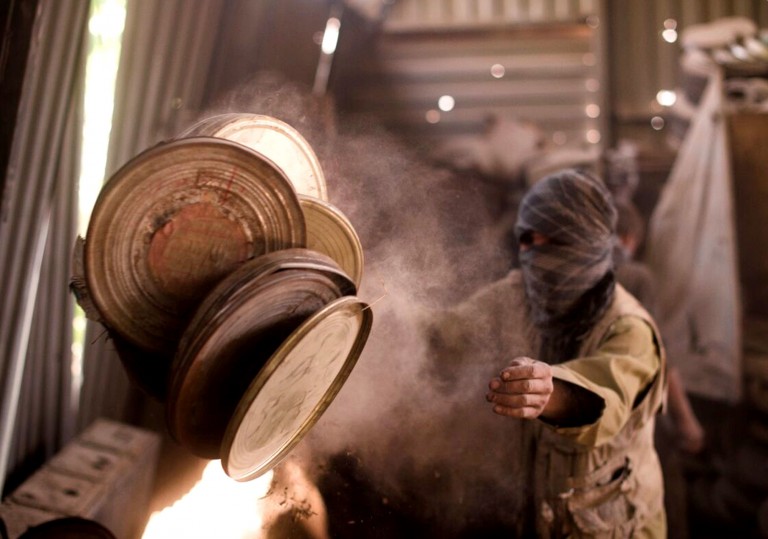 Another news-driven documentary on the current state of Afghanistan.

A fascinating study on a specific situation which speaks of the wider world.

A hopeful ending feels a little tacked on, but otherwise this is a moving and vital piece of work.

This documentary on the decimation of the Afghan Film Archive tells a wider tale about global cultural terrorism.

Even though Pietra Brettkelly’s A Flickering Truth is directly concerned with the systematic destruction of Afghanistan’s poorly maintained and underfunded film archives, the documentary itself looks at the death of 35mm film the world over. Taliban forces view cinema as an affront to their regressive creed, a promoter of tawdry sex and irreligious sentiment. As such, film needs to be burned, the earnest expressions of past generations transformed into smouldering ashes.

Civil war ravages the country, and so cultural heritage slips down on the “to do” list. But by allowing these films to simply disappear would be to reconfigure history, to expunge ethereal evidence of real people and real events. In the name of preserving their totalitarian values, the terrorists are pushing to create their own counter-factual history, one which bolsters their ideals above all else.

Ibrahim Arify knows this, and wants to use his modest podium as temporary head of the Afghan Film Archive to make whatever inroads he can to salvaging not only a vast cultural cache, but the tumultuous recent history of his battle-scared country. We meet him at an archive that has been ransacked and possibly fire-bombed as he secures local labourers to sift out film cans from the detritus. He takes the films which look like they’re in decent knick and checks to see what’s on them. There’s lots of newsreel from the days of the Shah which stretches to the Taliban’s rise to power, when the very act of using a camera transformed from being artistic to political.

A Flickering Truth seeks to present the ways that film is more valuable than just a weekend sport for lucky bourgeois dandies, a form of mass communication and visual poetry. Arify comments how censorship laws became so stringent that filmmakers would fight back by capturing real tragedies and reframing them as fiction, so their work would contain a dangerous edge of documentary realism. And yet, one archivist claims that the allies themselves would burn truck-loads of film as a cheap way of making it look like the Taliban were even more wildly destructive.

The situation in Afghanistan means it’s understandable that film archives are getting short shrift, but such is the case the world over. The cost of preservation is too high, as one beloved artwork rots away inside its can or is accidentally thrown into a dumpster. The film is about how we need advocates to keep the medium going, people willing to spend serious amounts of time (and in this case, place their wellbeing on the line) to further the cause.

Another news-driven documentary on the current state of Afghanistan.

A fascinating study on a specific situation which speaks of the wider world.

A hopeful ending feels a little tacked on, but otherwise this is a moving and vital piece of work.