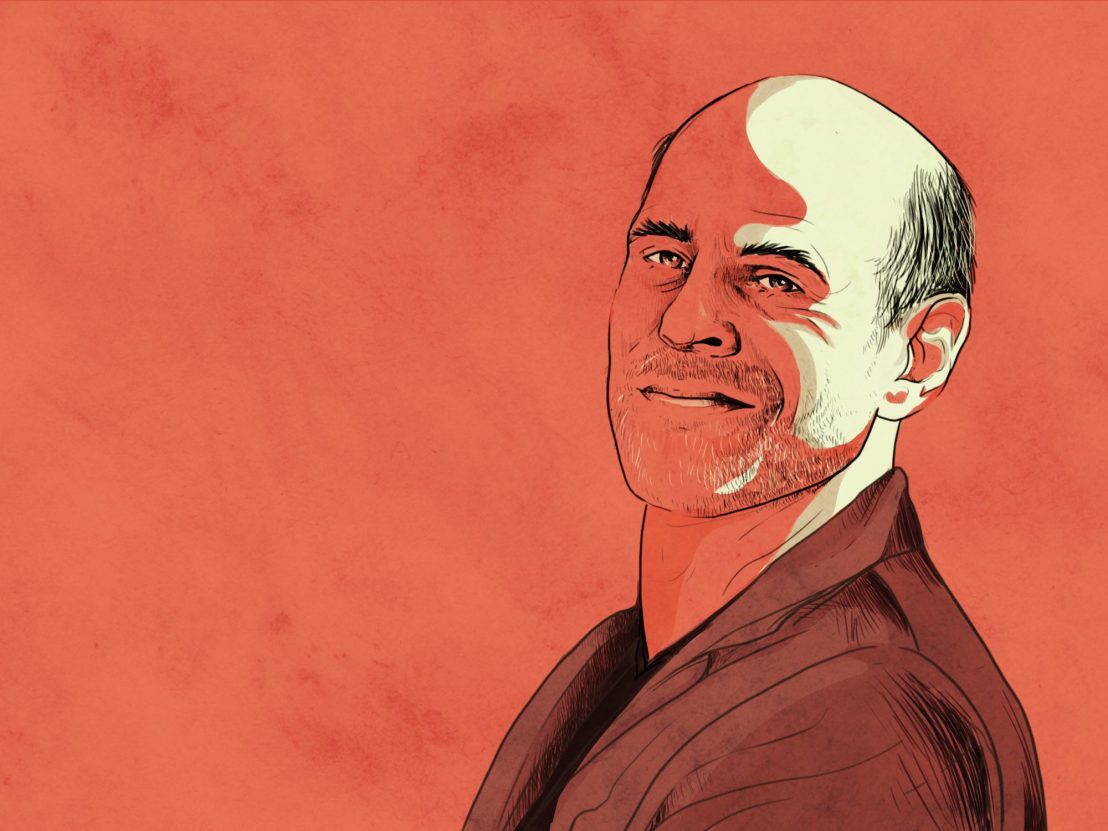 Samuel Maoz: ‘Maybe I’m just trying to convince myself that I’m not guilty’

Samuel Maoz’s debut feature, Lebanon, was set almost entirely inside the claustrophobic confines of an Israeli tank during Israel’s 1982 invasion of Lebanon. Based on his experiences as a 20-year-old tankman – a trauma which delayed his directorial career for a quarter-century – the film won the Golden Lion at the 2009 Venice Film Festival.

Maoz’s follow-up, Foxtrot, was inspired by a more recent near-trauma: the hour when he wrongly believed his daughter had caught a bomb-hit Tel Aviv bus. It follows a father who believes his soldier son has been killed, and the son’s strange days manning a bizarre desert checkpoint. It also gives an expanded taste of Maoz’s visceral, high-impact style, and often overlooked sense of humour. Speaking to LWLies after its first UK screening, his low voice rises with regular, dry irony.

LWLies: You’ve said that the hour when you thought your daughter had caught the bus was the worst of your life. What were you thinking during it?

Maoz: It was a nightmare. I tried to go out, and then I came back, I tried to call the hospitals. It seemed like an eternity. I started to cry when she came back, in front of her, for the first time.

Like Lebanon, Foxtrot is set in enclosed environments, but the techniques you use this time feel very liberated.

I’m happy that you can see it on the screen. Yes, because I believe that when you are creating out of passion and honesty, the camera catches it. You can’t point at it, but it’s there.

To really take cinema’s language as far as you like, having waited so long time to do so, must be a pleasure.

Yeah, but I’m angry with myself because I wasted time. And life is short. But yes, I can say that the spark of an idea in my mind is almost always visual. Because I don’t make naturalistic cinema. My cinema is more experiential and penetrates or reflects the souls of my characters. And this is the kind of cinema where the visual dimension is an integral part of the story. One look at Michael’s apartment should give us a lot of information about him. I really treat the text as an enemy. If I can manage without it, I prefer to.

From the moment a camel walks past the checkpoint, this is clearly an absurdist film. It reminded me of Samuel Beckett.

‘Waiting for Godot’, exactly. I like theatre very much, and that was my reference.

Why did that seem appropriate?

Two main reasons. The first is that basically nothing happened at the checkpoint, until something did. So you need to find an interest not in the plot, but in the small actions, in the style of the cinema. The second reason is that it was important to me that people would receive the wider picture. It’s quite understandable that this is one big allegory, I hope.

In one scene, there are maybe five seconds between a soldier fancying a girl and shooting her. What does it do to an individual, and a society, to be on that hair-trigger?

The shooting is something instinctive. They train you and train you and train you, and suddenly something happens, and you react. And the nature of traumatised Israeli men and maybe Palestinian men shapes the collective. So there was a moment there when he almost fell in love. Suddenly there are no Palestinians and no Israelis, no soldiers. But then the Palestinian guy sitting near her saw that between them. And now he needs to be a man. So this chain of events is coming always from stereotypes of manhood.

My generation couldn’t complain, because our parents had been through the Holocaust. We had to repress and overcome and be men. And the Palestinians under occupation experience humiliation, so they also must prove their manhood. This is a twisted, distorted reality that causes those kinds of fates that cannot be changed. The endless traumatic circle: the foxtrot.

In Foxtrot, the father, Michael, experiences catharsis after revealing his accidental part in civilian deaths during wartime. You’ve talked in the same way about your experience in Lebanon. How much do you think that catharsis will help Michael?

Maybe it’s too late for him. I’m not sure. If he got treatment immediately after his service, it would help. But after years or repression and denial, you start to be this guy. The catharsis will help him in a way. It won’t cure him. That’s what happened to me with Lebanon. I feel that I’m much better now, but it’s beyond one feature film, or talking with your shrinks. It’s something more heavy.

Would it feel almost criminal to lift that weight of guilt for what happened from yourself?

At the end of the day it was my decision to do this, and not to do that. And maybe in court they won’t find me guilty. But it doesn’t matter, because inside myself I know that I took decisions. No matter what was the pressure. And I learnt to understand that I probably didn’t have a choice. But from time to time I ask myself if I’m only doing everything to convince myself that I’m not guilty.

When you made Lebanon, it seemed that shell around you cracked a bit. Has anything changed since?

I felt that it helped me. It’s not just the film itself. It’s my self-image. Suddenly I have the option to create, to do things, to earn more money…

To do the things you would have done if you hadn’t gone in the army?

Exactly. And on the other hand you ask yourself, why I didn’t I do it 20 years ago? And you feel those lost years more strongly. Because the war didn’t make me a film director, or a good writer. It was there before.

In the Q&A part of the screening I attended, a Palestinian man from the West Bank asked a hostile question. Do you feel that when you walk onstage as an Israeli filmmaker, there’s a target on your back?

Yes, but I believe no one suspects me of representing the right-wing of Israeli society. But for people from Israel and Palestine mainly, it’s hard for them to accept an unrealistic feeling about those subjects. It’s like you can’t make art from them. They forget I’m not making documentaries.