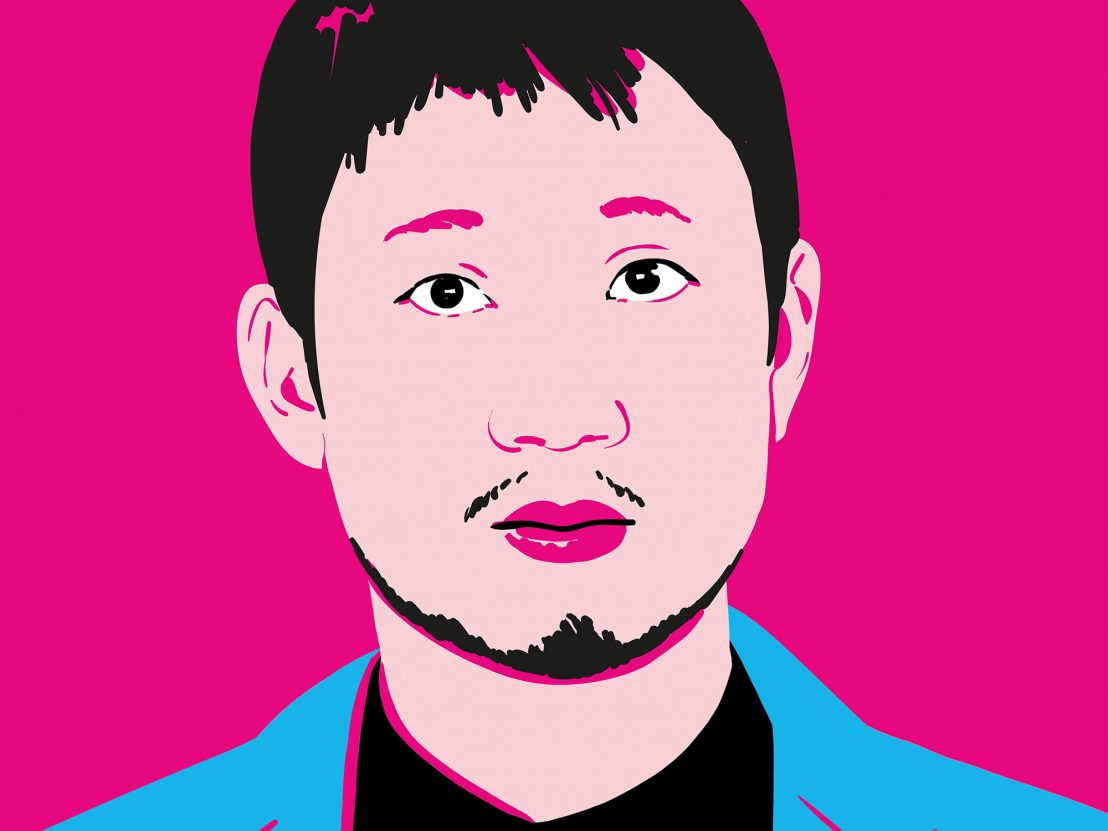 British cinemagoers finally get a chance to catch up with Japanese director Ryūsuke Hamaguchi’s eighth feature, the Haruki Murakami adaptation Drive My Car, which won Best Screenplay at Cannes earlier in the year. You’d have to look to Eric Rohmer, for instance, to find another filmmaker who has balanced out intimate insights and narrative constructs with quite the same reflective impact.

While 2015’s 317-minute saga of thirtysomething Kobe womanhood, Happy Hour, remains Hamaguchi’s magnum opus, the still-expansive three-hour span of Drive My Car, in which a theatre director works through love and loss thanks to his stoic chauffeur, is still a magnificent achievement by any measure.

LWLies: Your adaptation of ‘Drive My Car’ takes the nub of the Murukami short story, about a theatre director discovering more about his late wife after her death, and builds outwards. How much of that did you already have in place when you tried to get the film rights?

Hamaguchi: In Japan, Murakami is legendary because he doesn’t give up his rights easily. And we also knew that even if he did agree, you wouldn’t be able to discuss it with him afterwards, so we sought the film rights and the right to change his work. I sent him a plot I’d already written out, which contained elements from Drive My Car plus additional material from two other stories in the same collection, and a significant input from Chekhov’s ‘Uncle Vanya’, with a note to say that there might be further changes in the same vein. Somehow that worked.

In ‘Uncle Vanya’ you have a play where the characters talk openly about their emotional lives, as opposed to the more reserved Japanese characters in this story – was that a way of signalling to the audience the film was going to open up these individuals, even if they seemed initially rather reticent?

Precisely as you say. What’s interesting about the Murakami story is that although it’s written in the third person, he gives himself incredible liberty to go in and out of the character’s interior monologue. That’s very tough to do on film. The thing about ‘Vanya’ is that it’s full of things that people may not want to say out loud – how they’re burdened by disappointment and so on – but which actually correspond to what they’re feeling. It has this way of dragging out of people the emotions that lie sleeping inside of them. It works for audiences all over the world, and obviously it’s useful as a metaphor here.

As I understand it, the way that Kafuku rehearses Vanya in the film, by getting the actors to repeat the text without emotion until they ingest it so it pays expressive dividends later on, is similar to your own working methods. How did that develop?

It was something I initially did on Happy Hour because the cast weren’t professional actors, but actually I saw it in a documentary about Jean Renoir’s working methods and I decided to imitate him. It’s effective up to a point, but for something like Drive My Car working on subtext was also really important, so I had the actors create the backstory for their characters to increase their understanding of them.

What’s significant here, and a thread running through your films, is the sense that in heightened situations people ‘act’ for each other. It’s not just on stage – they’re drawing on a level of performance to get through the emotional situations in their lives?

Yes, of course, there’s a sense that we’re all performing in our everyday lives, but I’d like to make a distinction between lies and performance, or perhaps another way of saying it, between lies and fiction. Once a lie is exposed it no longer has any validity. But with fiction there’s a shared sense that even though we know it’s not real, we have this shared faith in its right to exist, because desire can he brought out through fiction. Drive My Car is in many respects about characters who find fiction to be necessary for them to realise their own truth.

“Actors need to reveal themselves in a way that seems as though it’s actually part of the character. That’s when the magic happens.”

You say that, but it’s also about Kafuku the theatre director deeply troubled by the idea that his wife had secrets and mysteries he’ll never understand – a motif which occurs throughout your films. Is there a relevance there for a wider social portrait of Japan, which always seems to me pristine on the outside, but behind the facade marked by numerous economic and ideological issues?

Is Britain really any different? I travel around and everywhere I get the sense that people have things they can’t share, secrets and mysteries they withhold from the rest of their lives, and that’s what makes them as people. In a way, that explains why ‘Vanya’, for instance, is performed everywhere in the world, but it’s a problem when you come to acting. Somehow you need to make a connection between the secrets and mysteries the characters possess and whatever is secretive and mysterious within the actors themselves. The actors need to reveal themselves in a way that seems as though it’s actually part of the character. That’s when the magic happens.

Absolutely! The scenes with Reika Kirishima as the director’s wife Oto, telling these stories where she’s a schoolgirl breaking into someone’s house, and reliving her former life as a lamprey, are really startling. That’s especially because there’s something enigmatic and sensual which is particular to her as a performer. But how on earth did you come up with the idea of the lampreys?

Oh, that’s from another story in the same collection, ‘Scheherazade’, about a woman who tells stories during sex. The start of it is from Murakami, but the later scene in the car where the young actor completes the story Oto told to him, but not her husband, is something I added as a way of further illuminating Oto’s character.

What’s amazing about that long confessional between the two men is that we lose the sense we’re actually in a car – it just seems to be floating along. Obviously, you shot a lot in and around that red Saab, but was that scene actually a studio mock-up?

No, it was the real car. But the scene was 10 minutes long. Where could we go so that we weren’t going to be stopping at traffic lights in the middle of it? In the end, we shot on a motorway at night. So those were actual lights by the roadside, but even when I was shooting it the lights seemed to achieve this rhythm which was absolutely in tune with the performances. It was real but I felt I was watching a fiction.

It reminded me of Jean-Luc Godard’s Alphaville… Do you know that scene with the car journey, where they’re supposed to be on some futuristic highway but actually, it’s just the crew waving lights around?

That was one of the first films I saw in film school and that scene in particular really struck me. I was one of my most potent early filmgoing experiences. I’ve actually shot quite a lot of stuff in cars since then, and I’m sure it’s because that Godard moment really seeped into me.

What’s the future for you? Presumably people are suggesting you should look at long-form streaming TV to explore your characters in greater depth?

As long as my decisions are respected, I could be open to it, but it’s still possible for me to work for the cinema within a certain economic scale. My recent film Wheel of Fortune and Fantasy was shot with a crew of eight, including me. I do still think my films only achieve their full potential in the cinema. In that darkened space you’re alone with the film and alone with yourself. It gives you time to connect with the film and connect with yourself, and at the same time it’s intensified by that communal setting. That’s very important for my films and whatever I do in the future it would still be important for me that my films were also still playing in theatres. 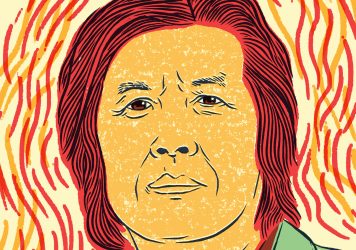