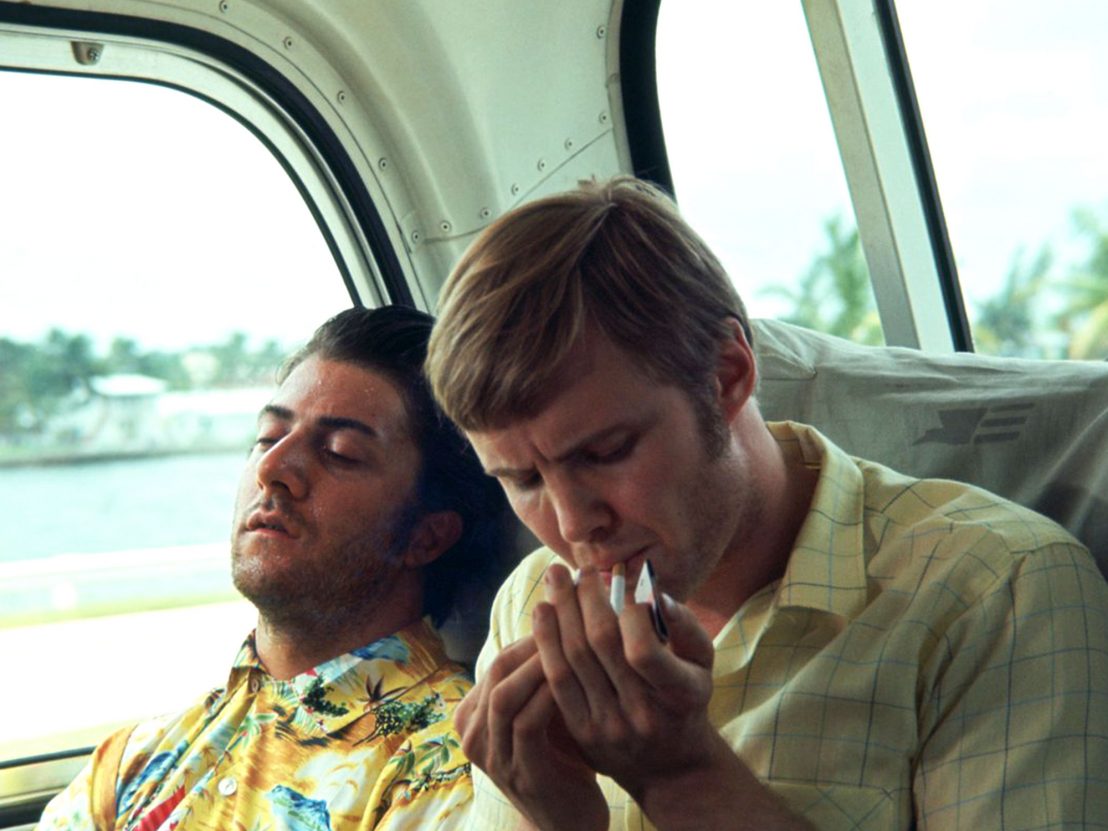 In 1969 America was in a state of flux. Political and social upheaval saw Richard Nixon sworn into the White House while the Vietnam and Cold War continued to rage. The summer of ’69 saw Neil Armstrong touch down on the moon, the Stonewall Riots shake New York and Woodstock change the face of American music, while the whole country was rocked by the Manson Family murders.

A British filmmaker arrived in New York looking to capture the spirit of the city with a new film, Midnight Cowboy, starring two up-and-coming actors called Dustin Hoffman and Jon Voight. The film showed New York City as a dirty, seductive wonderland, luring the young and naive to its streets with entrancing neon lights and the siren song of sound and fury – the kind of place that will eat you alive if you let it.

Next May will mark the 50th anniversary of John Schlesinger’s groundbreaking film, but the kind folks at Criterion have seen fit to bring Midnight Cowboy to Blu-ray this spring. To celebrate the release, we spoke to two of the men who know the film best: cinematographer Adam Holender, and Schlesinger’s partner of 30 years who served as the film’s production assistant, Michael Childers.

Adam Holender: John and I were freshly arrived to New York and we both responded to the very exciting time that the City was going through. John came from a documentary background at the BBC, I was always very fond of the realism in cinema in Italy and Britain during the ’50s. We had a lot in common. Both of us looked at New York with fresh eyes as people who arrived from somewhere else – we absorbed the realities of the city.

Michael Childers: I was having dinner with John in Los Angeles, and he told me he was prepping the script for Midnight Cowboy with Waldo Salt and Jerome Hellman. He sort of told me the story and I said: “Oh, is it going to be a John Wayne western?” He turned to me and said, “Hardly my dear, hardly”. He gave me the outline to read, and I got back to him a day later and said “Oh my God, this is wild. How will you make it and get it released? It’s pretty out there.” For that time it was X-rated. He said, “I’m determined to make it, and we’ll worry about that later.” John like a few other British directors who came over in the 60s and 70s like Michael Apted and Ridley Scott, had a unique vision of America. John had a direction and a vision, and knew where he wanted his characters to go. 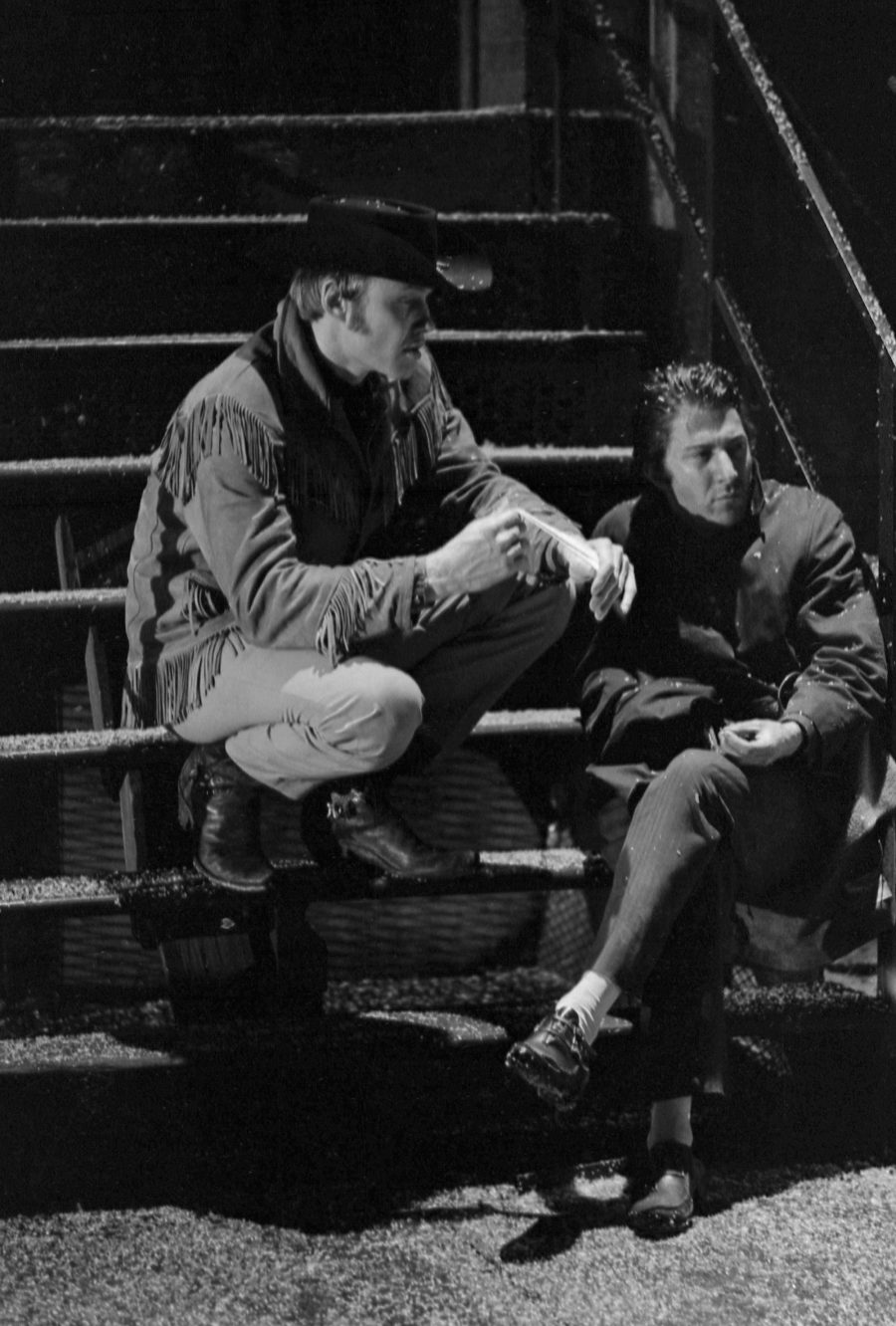 On the challenges of filming on the streets of New York

AH: Dustin and Jon were terrifically able to adapt to street life in New York – they were both unknowns, so it was no problem to put them on a sidewalk, nobody knew who they were. We used no extras in the film to speak of, just the normal crowd of pedestrians crossing the streets. We tried everything we could to make it as realistic as it could be. We spent many nights on the seedy side of New York on 42nd Street. At one point I had an idea to build a large box containing the camera and the camera operator, and put it on the sidewalk, with a little opening for the lens. We were trying to capture the reality of New York without the camera being visible to people on the street at night. It worked for a while, but then John got terribly anxious to find out how well we were doing, so he kept running to the box and asking the camera operator, and after a while, people noticed that something was not quite normal about it, so it stopped working.

On casting Joe Buck and Ratso

MC: The casting in LA consisted of many readings, auditions, lunches, with several actors – Don Stroud was one, Kyle Martin, Michael Sarrazin, who was John’s neighbour in Malibu. Then Marion Dougherty suggested this young off-Broadway actor called Jon Voight. One thing led to another, and then John decided Michael Sarrazin would be cast. Michael was under contract to Universal Pictures, and there was a pre-agreement that if he got the part there would be a certain amount of money. Well, as soon as Michael got the part, Universal tripled their price. It wasn’t in the budget, they couldn’t pay that, so we had to go back. Marion Dougherty said “You’re all totally wrong – Michael’s too sweet, too pretty, too soft.” Jon had everything: the anger, the charm, the pent-up energy like a volcano. And thank God that Universal screwed John and Michael, and that they went with Jon Voight.

Dustin Hoffman was found by Jerry Hellman in an off-Broadway play about a year and a half before they even started making Midnight Cowboy. John went to see Dustin in the play and said “Oh my God, he’s amazing – just amazing”, but then there was a delay in getting the script ready. So Mike Nichols cast him in The Graduate, and they made that while the script for Cowboy was being finished. So when Dustin started filming Cowboy in New York he was unknown – within two weeks of The Graduate coming out, Dustin became a movie star instantly. It was lucky for Cowboy to have a young movie star.

MC: In the book it says “a party in a Greenwich village loft”. That’s all it said. And I said, “John, come have dinner with Andy Warhol and all his superstars – let’s turn that scene into a real New York art world party, like the Warhol-style happenings than Andy used to have at his aluminium foil factory. Let’s turn it into a happening.” And that’s what he did. I got to know Paul Morrissey who directed films for Andy Warhol – we became friends and I met all the Andy Warhol superstars. We cast Viva, Ultraviolet, Taylor Mead, Joe Dallesandro. Andy was hoping to be in the party sequence as well, but while we were in pre-production, doing hair and make-up at the studio, Viva took a phone call with Andy and I heard ‘pop pop pop!’ It was a gun going off – Andy had been shot. So that’s why Andy wasn’t in Midnight Cowboy, but he was very glad John used all his superstars, since he was in the hospital for a year and they had no work. 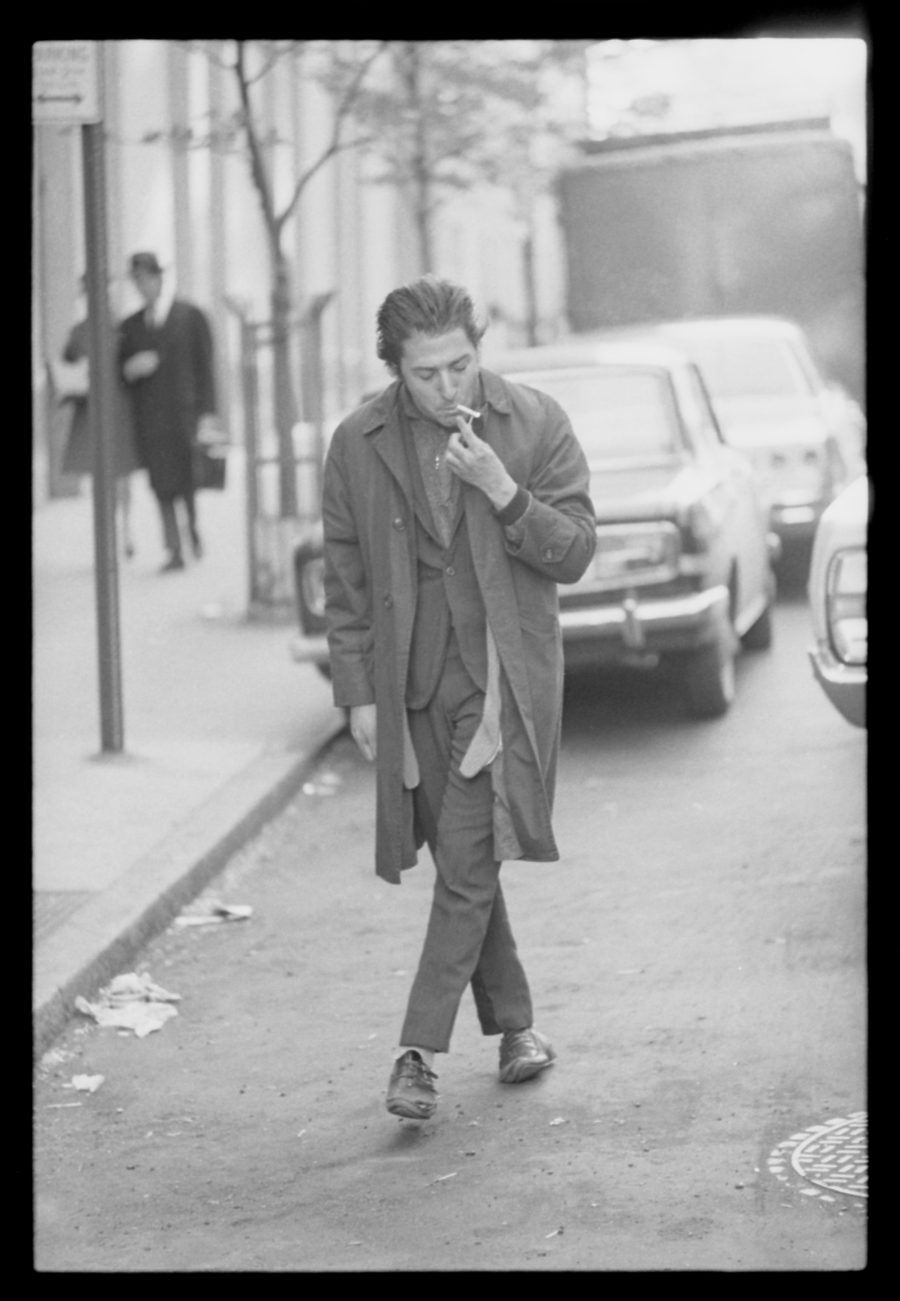 MC: Roman [Polanski] called John up and said, ‘You must meet my friend Adam Holender, who I went to Krakow Film School with. He’s very good and I think he might be good for your New York movie.’ We spoke to a couple of the old warhorses – the cameramen who had been working for years – and they were so wrong for this. Some of the techniques we used in Cowboy, with grainy film and fisheye lenses, in the subway sequence – it was way ahead of its time. These visual things were borrowed in the late ’70s and ’80s for music videos. Midnight Cowboy changed the whole look of American film.

AH: Clearly cinematography has changed enormously – technological development, the speed of film, digital has made its impact. However, the visual sensitivity of the eye, and the human brain combined with the eye, has not changed at all. How films look today is perhaps a bit different, but sensitives and aesthetics of film remain the same. People are the same.

On the contemporary reaction

MC: Some people were shocked. I remember the first press screenings, I was there in the back, and I knew a lot of the editors and young critics, and they were so focused and totally wrapped up in the film. They were so moved by it and came out crying. Sure we were in Hollywood, where there was a sort of right-wing old-guard reactionaries, and they were shocked that this movie could be made. Ros[alind] Russell said it was filth. But at the same time, there were old guard people like Joan Crawford, who wrote a beautiful letter about how moving Cowboy was. So did Lucille Ball of all people, saying what an important film it was. Gregory Peck wrote a beautiful letter to John, and Gene Kelly loved it too.

On the film’s legacy

AH: I witnessed a very serious collaboration between writer and director. Waldo Salt and John Schlesinger managed to create a partnership, not only during the writing of the script and preparation, but throughout the production in which Waldo was an essential confidant and sounding board for John and the rest of us. In some 45, 50 films I’ve shot since then, I’ve never seen a better creative process than the one those two established, including writer-directors, who don’t have anyone to bounce their ideas off.

MC: It was a great breakthrough for America cinema at that time and getting away from the Hollywood studio system. There were a few key films at that time which created the new American independent cinema – Five Easy Pieces, Easy Rider, later on Coming Home, all these great films, and Cowboy was at the forefront. The old studio heads were so shocked that an X-rated film that cost so little to make would be sweeping around the world making so much money.

Midnight Cowboy is released on Blu-ray on 28 May via The Criterion Collection. 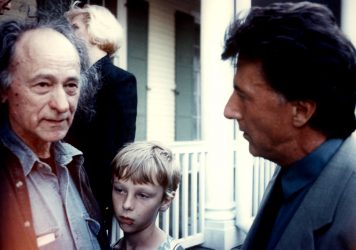