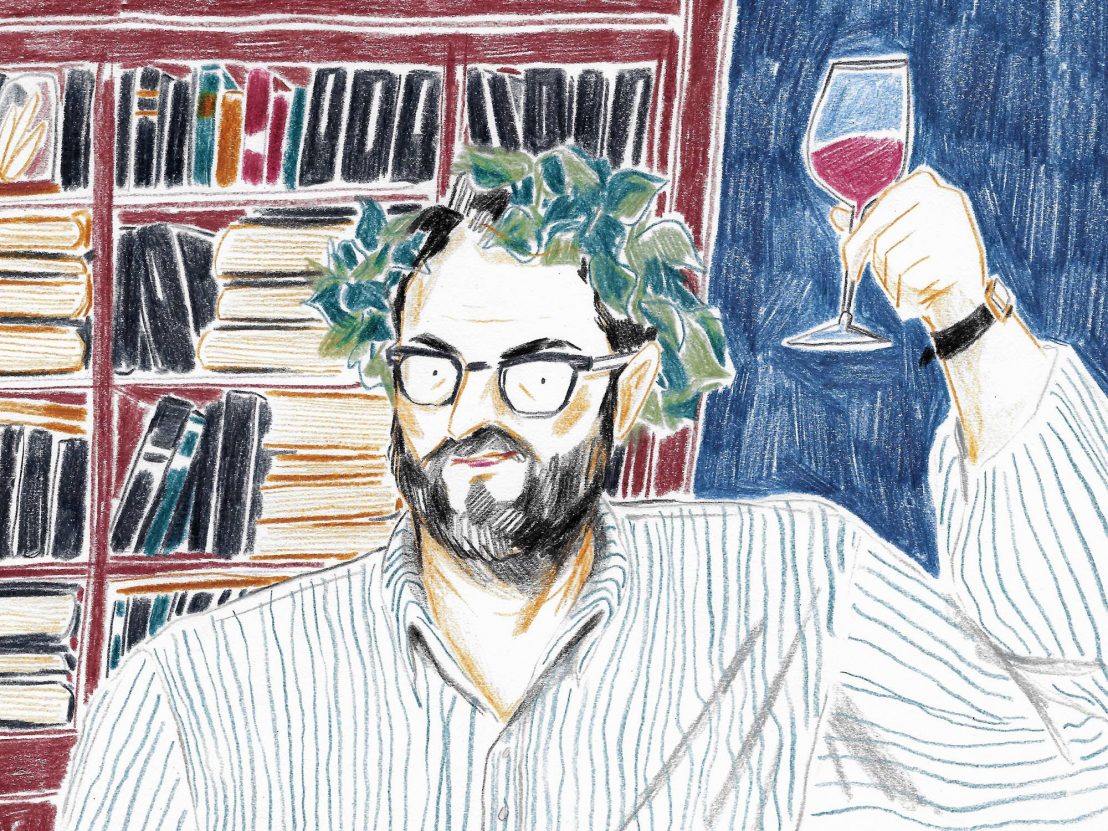 The renowned character actor reveals how Josephine Decker nudged him out of his comfort zone.

The first time we see Michael Stuhlbarg in Shirley, he’s smiling broadly, slightly inebriated, and wearing a laurel wreath. To the ancient Greeks, these ornate headdresses were a symbol of strength and virility; the Romans used them to decorate commanders following a successful military campaign, garlands for great men.

It’s with some irony, then, that Stuhlbarg should be adorned with one here – its glorious connotations belie the seedy nature of his character, the prominent literary critic Stanley Hyman, whose tumultuous relationship with Shirley Jackson is the subject of Josephine Decker’s sublime fifth feature. Though as Stuhlbarg explains, the real-life Stanley – and the task of playing him — was far more complicated than even the film suggests.

LWLies: Whose idea was the laurel wreath?

Stuhlbarg: That was mine. We wanted to convey the hysteria of creating a party and the games that were meant to be going on, and perhaps welcoming a young, naive, intimidated couple into his lair, so to speak. I thought it might be fun to wear a laurel wreath. I even wanted to take it as far as wearing a toga or something like that but eventually we threw that idea away.

You’ve played a fair number of real-life historical figures. When you’re not necessarily having to hew too closely to the truth, does that give you more freedom to find the character?

I guess it depends upon the actor who’s approaching the situation. Me, honestly, I thought going into [Shirley] that we were presenting who the real people were, and then over the course of my preparation I learned, ‘Okay, it’s based on this novel; the novel is a fiction.’ And this story even takes a step further and does its own kind of thing. Plus, Josephine has a very interesting vocabulary, visually, so she was going to see the story from a different perspective as well.

I guess there’s a limit to how much of the truth one can know about those who actually loved, and this circumstance allowed me to find as much of the real person as I could. Even when a character is placed in an extremely odd, fictional, almost dream-like situation, I’ll try to keep in mind what I know about them and apply it. What it does allow you is, it’s okay if something comes out feeling false, I suppose. There is a pocketful of irreverence that we each bring with us.

Is there a danger that you can get too close to knowing your subject? You might find out something about them that you maybe you don’t like which could colour your perception of them.

Josephine constantly reminded us that we weren’t presenting the real people. And as much as I had delved into who the real guy was, it was important to me to pay attention to both sides of what we were doing: presenting as much of the real guy as I thought this version of him might have been, combined with what Josephine’s vision was. There were aspects of the character I played where I’ll never really know if Stanley was really like that; however, I did hear some things and there is historical evidence for some of his behaviour that one can see in the film.

My favourite moment in the film is when you say, ‘So you think it might be that good?’. I love Elisabeth’s reaction. Was that workshopped at all or did it just come in the moment?

I think it was just play. We didn’t really plan how that scene would end up because it’s in between a lot of things. It’s kind of the climax of the story up to that point; frustration on Stanley’s part with Shirley and her situation and why she’s chosen this particular subject [for her next book]. So there’s some exasperation there but there’s always love underneath their bickering, and a deep appreciation for each other’s gifts. And maybe it was a moment of understanding, for him. I kind of love the idea that it felt like as much as it seems they were just arguing again, he understood how much this meant to her as well.

There’s a ring of ‘Who’s Afraid of Virginia Woolf?’ to it.

Yes, well, we drew not specifically from that text itself but from the legend, the iconography, the memory of those performances in the film of that story. It was very much a colour of the novel as well as the screenplay, and it influenced how I sought to speak the language as well. I’d been wanting, just for the fun of it, for the group of us to get together and read the play out loud, but we didn’t have time. They seem cut from the same cloth, shall we say.

“I had five days on a Ridley Scott film playing the smallest character in the movie, Leonardo DiCaprio’s lawyer – I just had to pick up the phone and say something like, ‘She wants that car as part of the divorce’.”

Are you someone who prefers to really soak yourself in a character before filming, or do you try to keep as much of it fresh for when you get to set?

It varies between each project depending on how the director approaches things. Danny Boyle, for instance, allowed us a rehearsal period for each portion of the Steve Jobs film I worked on. We had two weeks of rehearsals for each section of that story, until we could run it like a play. That was singular for me, unlike any other experience I’ve ever had.

I think a lot of filmmakers are afraid of rehearsing because they don’t want to wear out a moment that might be found by an actor, they don’t want the actor necessarily to know what they’re gonna do before. Sometimes it’s nice to have the opportunity to experience something for the first time on set. To be present on the day, you can allow yourself to be wide open to what you’re receiving, and that can be just as much of a mystery or a surprise because you don’t know what’s going to come at you.

For instance, say a character of mine has to watch a piece of videotape and have an honest reaction to it. That happened to me on a film I made many years ago called Afterschool. I didn’t want to see it beforehand – I wanted to just go up on the day, think about where the camera was, practise the camera movement, and then actually watch the video for the first time. That’s what we ended up using in the film, which was an honest reaction, to some extent. That’s only something you get once. I love that about film, because ideally what keeps the art alive are those accidents, those moments where you don’t know what’s going to happen.

Would you ever be put off by a director who made you do a hundred takes?

No, that would be wonderful! I had five days on a Ridley Scott film where I was practically playing the smallest character in the movie, Leonardo DiCaprio’s lawyer – I just had to pick up the phone and say something like, ‘She wants that car as part of the divorce’. And he had me do it I don’t know many times, over and over until I wasn’t acting any more. He really knows how to get people out of their head, into their body and the situation; not thinking, just doing it by instinct. So it doesn’t look like anybody’s acting, I guess. That’s thrilling, for me. So no, I don’t think I’d ever be thrown by what a director wanted, unless it involved something dangerous. 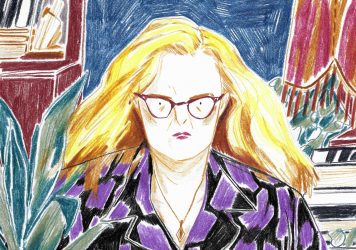