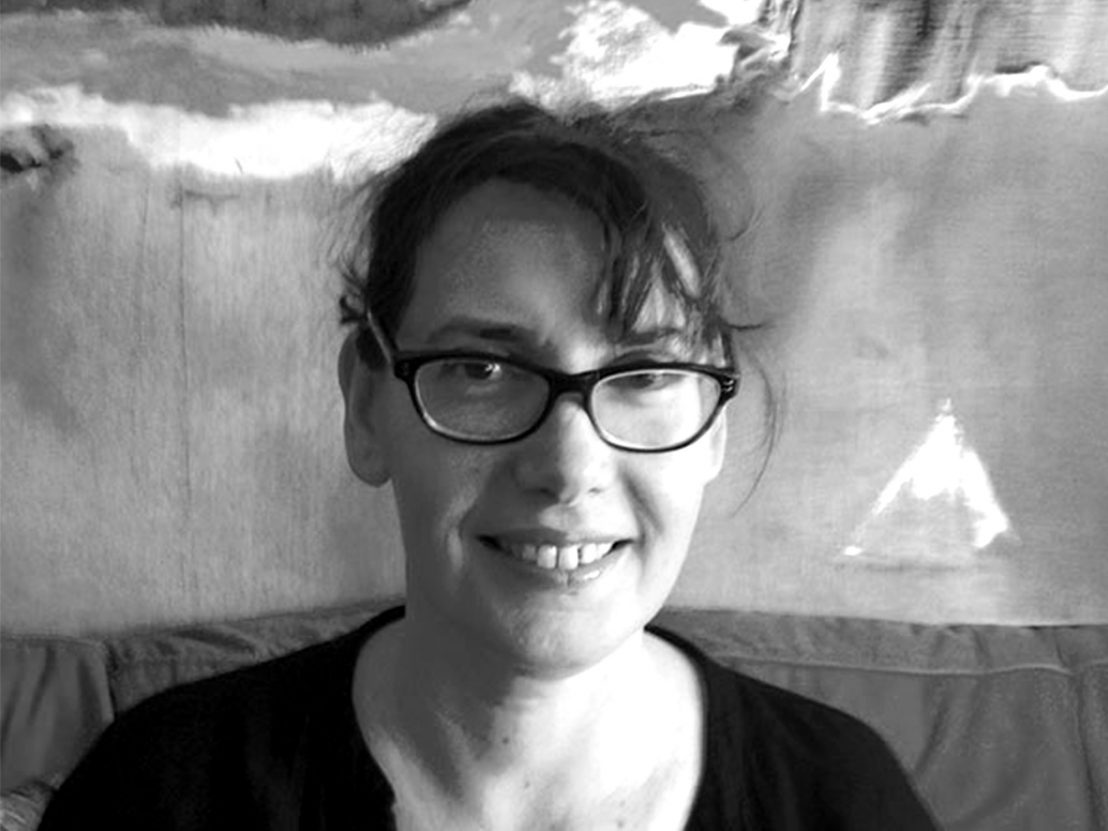 Lucile Hadžihalilovic: ‘When I make a film, something unconscious comes out’

The French writer/director of Innocence and Earwig explains why she tells stories from a dream logic perspective.

In Lucile Hadžihalilović’s Earwig, images of cruelty and tenderness circle one another. Adapted from the novel by Brian Catling, Aalbert (Paul Hilton) is the caretaker of a young girl named Mia (Romane Hemelaers) whose teeth are made of ice. Each night Aalbert dutifully cleans Mia’s dental apparatus in their shuttered apartment; reporting on her wellbeing to an unseen ‘master’ on the phone.

There’s nothing soft or paternal here: Aalbert keeps his distance, expressing fear and even repulsion towards Mia. Eventually, the two are ordered to break this isolation. The outside – a strange 19th-century world – brings Aalbert into contact with withheld and unsettling strangers Céleste (Romola Garai) and Laurence (Alex Lawther). Hadžihalilović stitches together the unraveling of her characters by way of confrontational, unsettling images that subvert normative relationships and codes of behaviour.

LWLies: How do you view Earwig in relation to your other work?

Hadžihalilović: What I liked so much when I read the novel was that it was both familiar and different. The difference was that the main character was an adult not a child – even if this adult [Aalbert] is not very mature. I also liked that the book is pretty violent and the violence is more explicit. I was interested in having a bit of that in the film, for once, because before [in Evolution and previous film Innocence] it was always underneath. Then of course, there were some striking images that I would not have thought of myself, like these ice teeth.

What signals to you that a novel would work well as one of your films?

It’s very intuitive. There’s a lot of resonance in this story and this world: I could somehow recognise myself in it. Then, I thought that there was space to create a world because this is what I’m very much interested in with films. I know that everyone is saying that this film is not so much about “plot” and “story”, even though there is a plot and there is a story. But it’s also about creating a world. In the novel, I thought there was a lot of room for that. Also, the book was pretty mysterious, as you can imagine. Of course, it gives more information than the film does: more flashbacks and all that. Nevertheless, there was a lot to interpret. I was lucky because Brian Catling was very generous about that. He said: “feel free to do whatever you want with it – I don’t want to know anything.” That gave me a lot of freedom.

With regards to world-building, your visual style and sets are very sparse, with one or two focal objects that we’re asked to contemplate in-depth. How did you shape this particular visual world?

One of the main ideas was to make it very abstract, to have emptiness. For instance, in the apartment, we wanted to make it as empty as possible inside. Outside was a bit of the same thing: no extras, no cars. It was not only a question of money, it was a question of aesthetics; to give that world a kind of abstraction. To find the right balance between something real and something which is not. We had a few references like paintings, and there were also some very strong elements in the book, like this apartment with the shutters closed all the time. We worked very closely between the DoP and the production designer in terms of finding the colours, and the fact that we weren’t using any additional lights in the apartment. Then, there are some objects that are almost like a character, like the fridge or the cabinet.

Could you expand on some of those references to art?

There is a Danish painter, [Vilhem] Hammershøi. His paintings represent a lot of interiors that are almost empty. Sometimes there is a figure – usually a woman – and she is backwards or seen in-between two doors. That was the kind of feeling. Also, we had some Polish paintings from the late 19th century, where the presence of architecture was quite strong and slightly menacing. Quite oppressive also.

Your films show impressive restraint when it comes to dialogue. What is does silence allow you to do here?

I think it gives a great tension. It also creates this oneiric feeling of something that is a dream, or not totally real. I think silence makes space for the visual and for sounds. It creates room for making this world real, in a way. It comes naturally that there is not so much dialogue because this man and the girl don’t talk to each other. This is also a film about the difficulty of communicating. This man is not really able to communicate properly, he’s very trapped in his head. I think not speaking goes with that too.

Your films are grounded in the body but there’s also an intellectual dimension to your treatments of parents and children. Are you drawing from a theoretical framework at all?

Earwig is a story about repression and Arthur has repressed memories and they come back in a very strong way. He’s also lost in repressed desires, fears, hallucinations and dreams. In that way, yes. I personally don’t want to analyse my work, because it will prevent me from doing the thing. When I’m making a film, it’s very much about something unconscious that comes out. I guess that’s why I’m also interested in fairy tales because that’s a way to make the unconscious come out. Again, I don’t think it’s so easy with words but with images. That’s more like Jung than Freud, but…

Mirrors and other reflective surfaces come up repeatedly in Earwig. I was especially drawn in by the scene when Mia sees her own reflection in a lake and falls in. Can you discuss the significance of that moment?

It’s the first time she’s seeing herself properly, because there’s no mirror in the apartment. It was deliberate that there’s only a mirror in Aalbert’s room. It’s only after the lake scene that she goes to his room to see herself. Of course, she’s taking consciousness of herself, and seeing herself as an independent being. It looks like she’s drowning herself, committing a sort of suicide because she’s not moving in the water. But I think it’s something more, that she’s fascinated and it’s a striking thing for her to go through. She has to go through the mirror, through the water. After that she becomes more independent: a bit less passive; like a teenager that rebels a little bit and wants to go out, to freedom.

You’ve resisted genre labels in the past, but there are distinct body horror elements in Earwig. How would you position your films in relation to genre?

I don’t really think about genre when I’m doing a film; maybe a little more with Evolution because there is a sci-fi moment. Here, of course, there is more of a horror element. I was thinking about the Gothic: you have the constraints, the fact that there is a master – the devilish figure in the bar – motivating [the protagonist] to commit some violent act. The black cat, even. These were a few elements that belong to the Gothic tradition. I didn’t think of genre – certainly not the rules of it. Rather, I tried to follow the logic of the film itself. The film is a nightmare. It’s Aalbert’s nightmare with a dream logic, which has its currents but is not rational.

Your films seem to resonate more with surrealism as a historical cinematic and art movement.

It’s more interesting for me to talk about surrealism because its more open, it’s linked to dreams and poetry; to creating new links or new images. So, I think its more exciting than genre which seems to have so many rules [that dictate] whether you’re in the genre or not.

I was so excited to see this cast because these actors have all shown an interest in playing transgressive subjects in their previous work. Why did you seek out these particular actors?

The actor whose work I knew the most was Romola Garai. I also saw Amulet, the film she directed herself, and I thought she must be a really interesting person. Paul Hilton – who has not done so many films, but is more of a theatre actor – I saw in Lady Macbeth. It just happened that with Paul, for instance, I worked more with the casting director. I was thinking a lot about German Expressionism when I was doing the film, because it also has this aspect of dream logic and silent films. When I saw some pictures of him I though he had something expressionist, which made me want to work with him. Then with Alex Lawther, I think he is really special. I saw The End of the F***ing World and I thought he had such a charisma. Nice and weird and transgressive.

Earwig is released in cinemas 10 June via Anti-Worlds releasing.