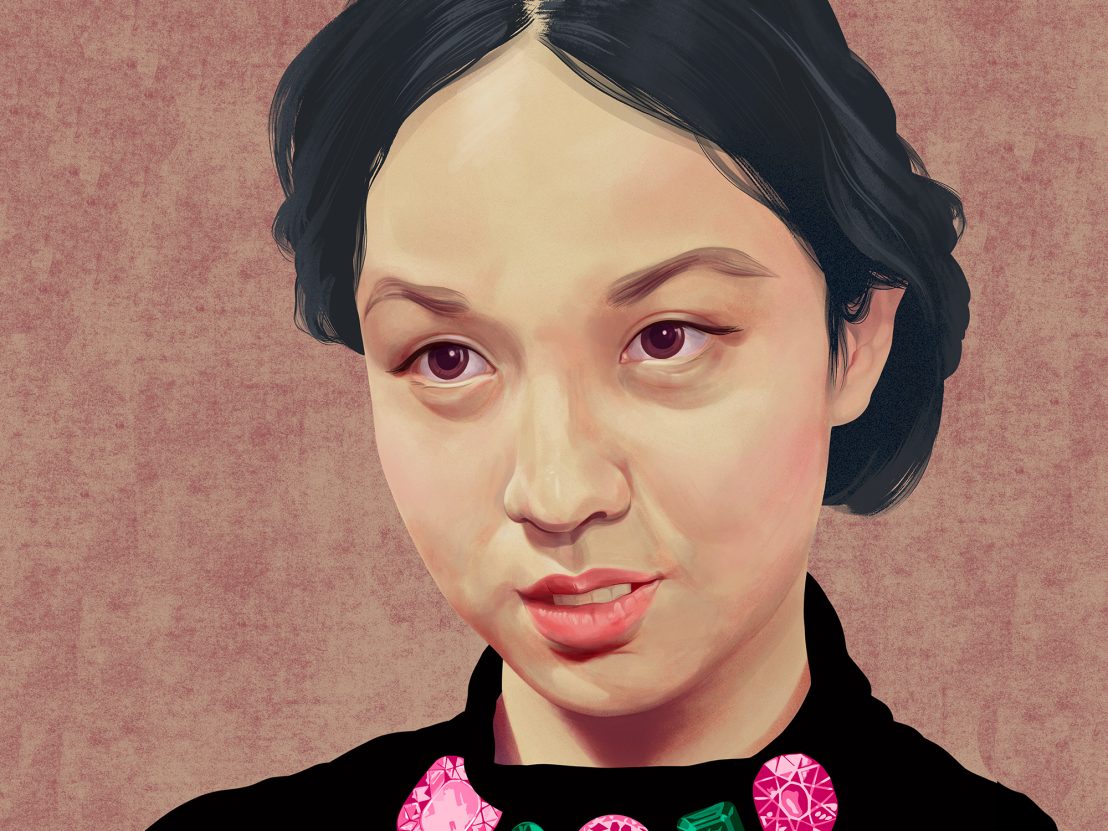 Lucie Zhang: ‘The nudity was like wearing a costume’

The star of Jacques Audiard’s Parisian drama reflects on her whirlwind journey from first-time actor to the Cannes red carpet.

With Paris, 13th District, director Jacques Audiard adapts three short stories by American cartoonist Adrian Tomine, merging them into a sharp, sweet portrait of sex, love and endurance in a Parisian high-rise neighbourhood. The ensemble includes Noémie Merlant, Makita Samba and Jehnny Beth, alongside Lucie Zhang in a star-making turn with her debut feature film role. She plays Émilie, a French-Taiwanese twentysomething with a flair for chaos.

Zhang: The first time I tried an acting class was 2019, but I really hadn’t any experience before. And this acting class didn’t tell me that much because I was never there due to too much college work. But I pushed myself because I really wanted it. Even though I’m shy and it’s hard for me to express myself correctly, I really wanted to challenge myself. When I was young, I was inspired by my grandfather who is a very skilled, genius doctor. I wanted to do that type of job, but then, boom, this desire for acting came. And it erased everything else. This film happened because I saw the announcement on Instagram, looking for Chinese-speaking girls who grew up in Paris. I was so excited and I told myself it’s gonna be me or I’ll die.

Were you familiar with Jacques Audiard’s previous films?

To be honest, not at all, because I wasn’t really cultivated in terms of cinema. Both French and Chinese cinema. I was studying a lot, so my life was just studying. Of course, once I was cast, I watched everything. But I couldn’t find the first two.

This film was shot during the pre-vaccination Covid era of autumn 2020. What was it like filming such a physically intimate production with those early restrictions?

Since it was my first film experience, I couldn’t compare it to anything. But things got really close between us. We were only seeing each other. And for the intimate parts, we had to forget the Covid restrictions because it’s just a paradox. There’s no movie without them. Even the twice-a-week PCR test was kind of fun because everyone was lined up in a row and we were all stressed. It’s a bonding experience.

How was it acting in two languages in the film?

It was much better because two languages is me. If there was only Chinese or only French, it would be even harder to reach the character. All my crying was done in Chinese because we found out that Chinese is my intimate language and I use French because I learned French at school. So, anything intellectual or technical had to be in French for better, clearer, concrete communication. But in terms of feeling, it had to be in Chinese. Also, to help me, everyone told me to translate the whole script into Chinese to play it entirely in Chinese the whole time, and then to find a sensation and instantly switch back to French if [dialogue] had to be in French.

Does the film resemble a side of Paris that you know personally?

Yes. The way people smile, the way people talk to each other, the way they don’t stand up straight in the Metro subway. Even little details are illustrated effortlessly, I think because [Audiard’s] Parisian, everyone’s Parisian, so we didn’t have to think about that. It was Parisian already. And it shows the Parisian side without tourism. 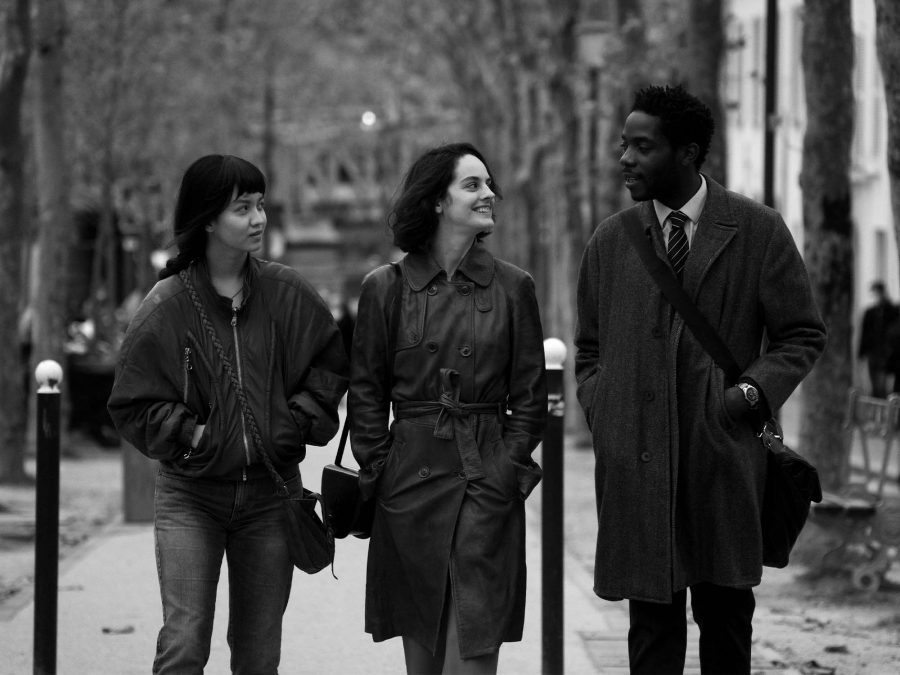 Were you given any films as references for the characters and story?

[Audiard] gave everyone titles but I don’t remember that he gave me personally instructions to watch these films. Maybe he thought I was too new to this type of working and exercise, so he didn’t want me to have any references to disturb me. But I know his own references are Ma Nuit chez Maud and Annie Hall, he told everyone else to watch those. And then, during the three months of preparation work, he noticed I was struggling with the character and wanted to help me, especially to find something lighter in everything: in the way of thinking, speaking, acting. He asked me to watch romantic comedies, such as When Harry Met Sally. I really liked that one.

What do you think it was about that film that helped?

It helped because he insisted a lot on the fact that it’s a comedy and he told me, “Lucie, you are sometimes too melancholic.” He didn’t want it melancholic, he wanted comedic and light. He didn’t have to say too much. He just told me to watch it and I understood it better. Actually, I think I couldn’t help but put some melancholy into the character, even though there wasn’t any at the beginning. I’ve seen it five times now and each time I found it much more melancholic than what was written at the beginning. I don’t know if it’s because I put too much of myself in it.

Audiard has previously mentioned that the lead actors did these workshop sessions on body and movement. He said it was specifically ‘to face the sex scenes as serenely as possible’. What did those involve?

It was really instructive, connecting ourselves with others. I’ve got a very illustrative, representative example of an exercise. This is something I will remember for the rest of my life. The choreographer [Stéphanie Chêne] wanted me to connect myself better with myself. And she told me that I could think of water inside of my body, flowing everywhere. Just as simple as this. I start moving around and I just do that. And after doing that, she told me that if you do that well, you will forget the image you have of yourself. You will forget the idea you have of being sensual, but you will be sensual in your own way because the only thing you are doing is being the water and nothing else. Not to represent or illustrate anything, just to be like water. It was this kind of exercise that would help us. It’s not mechanical, it’s really about connection.

A risk with films focused on sexual relationships is that sometimes the actors seem really uncomfortable, or the cinematography seems to be trying to show off the body rather than the person. But here, everyone moves so freely during the sex scenes or moments of just casual nudity.

Oh, [Audiard’s] gonna be happy if he hears that because it’s what he found challenging at the beginning. He always says that there are two things really challenging in filmmaking: violence and sex, because they’re completely unreal onscreen. There is no ambiguity on the reality of it. It’s completely unreal, but at the same time you have to make it completely real and believable. It’s not like a scene of just talking, for example. Having a discussion could be real and unreal at the same time, but the screen sex is not real. So, I think he was a little stressed about that. Well, I couldn’t say that for certain, but I was a little stressed about it.

But it happened without being awkward at all. Maybe because before even before entering the rehearsals, after meeting the director just one time, I started working with the casting director [Christel Baras] and my scene partner. We arrived and then she told us, “Okay, take off your clothes, we are gonna work nude.” It’s just like we were wearing a costume, which is the nudity. The nudity is a costume. So, from the beginning we did that. And at the beginning, for just the first three seconds, it was really hard, but then nothing. It’s completely natural. So that’s it. She did a good job, the casting director.

What ideas in the film do you hope connect with audiences?

The idea that everyone has intimate parts of themselves. How the characters are so real, so complex. Not totally mean, not totally kind. Not totally into sex, not totally into love, just because they’re human. It’s life and we all live in the same world, so it’s not saying a message or whatever, but it’s directly about human intimacies. 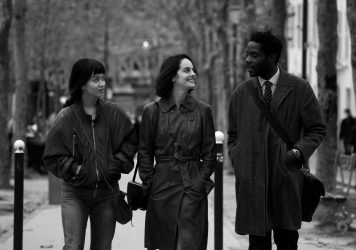