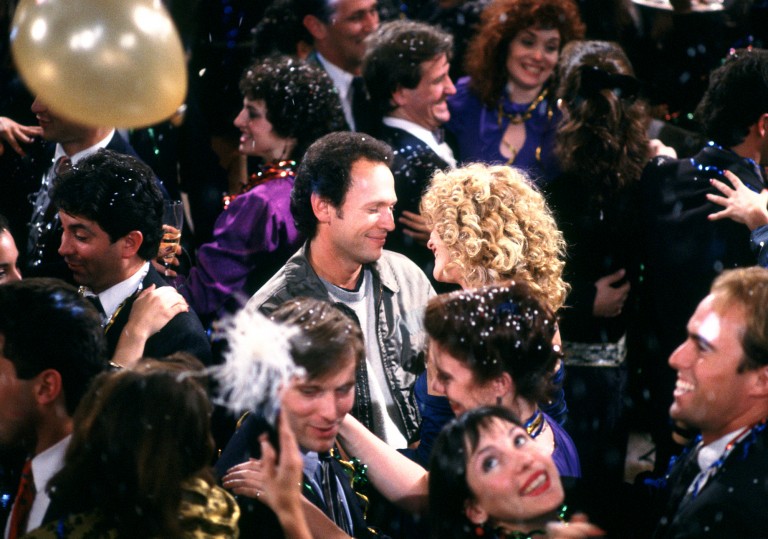 Cynically lovely and a whip smart archetype for the modern rom-com.

Despite being copied countless times, it still feels fresh and brimming with spirit.

We all have blind spots, both when it comes to cinema and love. After someone new enters your life, these omissions can be revealed in stunning fashion. So goes my experience with Nora Ephron and Rob Reiner’s wonderfully alive and breakneck rom-com When Harry Met Sally…. Much to the chagrin of my new person, I’d never seen this iconic, game-changing genre film. “How is that possible?” she asked with the same stalwart persistence as Meg Ryan’s Sally. I was speechless, very unlike Billy Crystal’s verbose splatter gun of a character, Harry.

The film considers truth bombs couples will inevitably be arguing about until the end of time. Can men truly be platonic friends with women? Who does Ingrid Bergman really choose at the end of Casablanca? Why didn’t Bruno Kirby and Carrie Fisher star in their own romantic comedy spinoff? Except the film itself is more about the lifelong pursuit of harmony. We see that it is indeed possible when Reiner cuts away from his protagonists to happy elderly love birds directly addressing the camera.

Ephron’s playful and serpentine script highlights the contradictions of romance, specifically the messiness of conversations between men and women. In the opening sequence, Harry and Sally are introduced for the first time in college immediately before they carpool together from Chicago to New York City. Both are beginning anew in the Big Apple, yet each is already set in their ways. Predictably, they don’t get along. Years later, fate intervenes and Harry meets Sally again, and then again at various stages in their lives. Eventually a friendship develops and genre conventions kick into high gear. He said, she said, and around we go. It’s all been done a million times since the film’s release in 1989, but never this well.

Reiner plays down the flash, utilising longer takes to allow the actors plenty of room to revel in Ephron’s words. There is one zany split screen sequence involving all four key characters that redefines the definition of pillow talk. It stands out as one of the film’s few purely stylised moments. From a performance angle, Ryan’s feels like a vulnerable precursor to her later roles in Sleepless in Seattle and You’ve Got Mail, while Crystal toes the line between cynic and romantic with arrogant glee.

Harry and Sally’s long-gestating relationship is littered with miscommunications and personal jabs. These add up over the years, sometimes resulting in uncomfortable and funny outbursts, the most famous of which involves a particularly loud lunch date. But the film’s exploration of human compromise seems most revolutionary now. Considering its subtle treatment of time passing and people changing, When Harry Met Sally… might not immediately seem grand, but it’s one of the few epics in the romantic comedy genre.

Still, each moment feels uniquely intimate, lived-in, and effusive. The characters themselves don’t immediately sense the chemistry they share, but the audience certainly does. Love at first sight takes a long time. The trouble with Harry and Sally is they don’t always realise this, instead denying their feelings out of unease or doubt. One final truth bomb: Erase the fear and only then can “happily ever after” finally begin.

Cynically lovely and a whip smart archetype for the modern rom-com.

Despite being copied countless times, it still feels fresh and brimming with spirit.