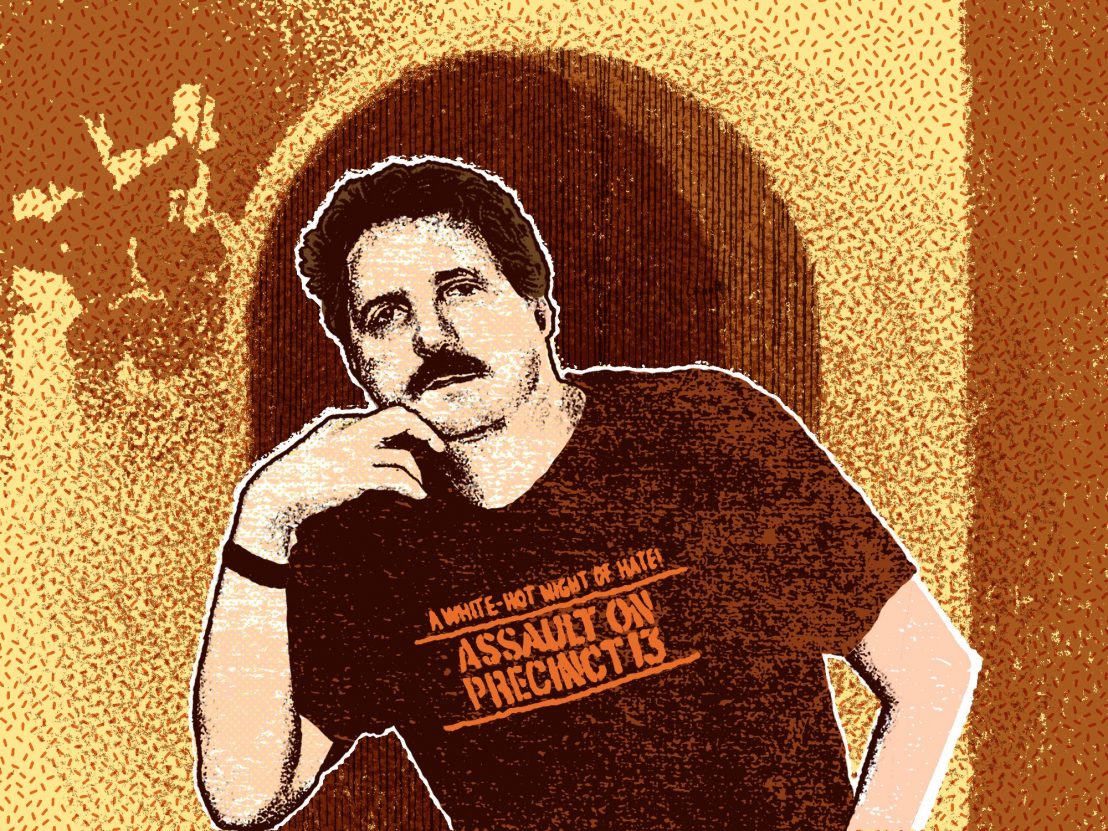 Brazil’s Kleber Mendonça Filho used to be a film critic, but his move into the director’s chair has been spectacularly successful. Aquarius, about an ageing female music journalist being terrorised by property developers, is his follow-up to 2012’s aria of urban paranoia, Neighbouring Sounds.

“Some things make you happy about the idea of cinema, and you remember them. Cinema creates fond memories, like when you first saw Raiders of the Lost Ark, for example. But Raiders never inspired me to make film. I didn’t see it at 13 and think, ‘Oh, I really want to be a filmmaker so I can do something like this!’ For me, Raiders is just a happy memory, and nothing more. But John Carpenter’s Assault on Precinct 13 is something that actually told me, ‘You can do something like this.’ It’s very well made and very precise, but the scale is modest. It looks doable. On top of that it’s the perfect mix of different elements.

“It’s partly Hollywood, partly western, partly about life in the big city, and it is all tremendous. To this day it keeps coming back to me whenever I’m writing. Even though there are no guns in my films, it keeps coming back. In Aquarius, the flat itself is like the police station and there are people outside trying to force their way in. Not as aggressively, or course, but it’s a different type of aggression. It’s fascinating when you’re thinking about a film and the general outline is still very familiar in terms of that film that you have in your mind. Assault is always a reference point for me, and I’m afraid it’s going to be coming back in my third film.

“I also watched Rio Bravo back when I was writing the script, which is interesting. When you watch stuff, it’s all about scale – that’s the inspiring thing. Hitchcock has that effect. Those films are still inspiring. It’s not like they’re easy to remake. You look at something like Rear Window and in terms of scale, you think, ‘Fuck, that’s doable!’ With something like Star Wars, it’s fun, but I always think, ‘I can’t do that, it’s too much!’ I appreciate scope, but I also appreciate craft. Die Hard is one I love. I saw it when I was 19 and was really inspired by it because it was just a fucking really great movie experience. I still remember the screening of that. A supposedly stupid action movie I picked to see turned out to be very strange and special.

“I am 48 now. I have two kids and it’s almost impossible not to have to deal with nostalgia in your everyday life. When you have kids it’s like a lot of memories and feelings that were buried inside you self start to come back. They are recycled because now you’re looking at someone’s childhood and memories of your own childhood come back and that’s just part of life and it’s really up to you to analyse and see how you deal with all that information which is emotional, it’s factual and it’s personal and it’s very moving and it can be disturbing. It’s vital for you to live your own life and try to understand life, but in my case, because I write and I try to sift through interesting ideas and maybe use them in some lm that people might want to see, nostalgia sometimes has a bad reputation because it feels like some kind of sickness.

“Too much nostalgia is bad because nostalgia rhymes with depression. There is a healthy amount of nostalgia that you can go for in your life and I am somebody who respects the past, my mother was a historian and I’m fascinated by the past. I find that a lot of people despise the past. I’m not one of these people, I’m interested in the past and I love elements in the past, you know objects memories, piece of paper, documents and that’s what I think Aquarius is about. It’s about documents and archives. It doesn’t really come out in film reviews over the past eight months. Most of what comes out is the resistance and the politics.

“Talking of nostalgia, Cinema Paradiso is a strange film. One half is built on true feelings of nostalgia and the other is built on cheap feelings of nostalgia. That is confusing, but you usually get either a masterpiece with heartfelt feelings about the past and observations on time, or you get some cheap knock-off evoking memories like one of these cheap Christmas cards that you buy with cheap thoughts about the past. I don’t know why I mentioned Cinema Paradiso but it’s a film that brings me some good ideas about nostalgia and manipulations about memory and the past.”