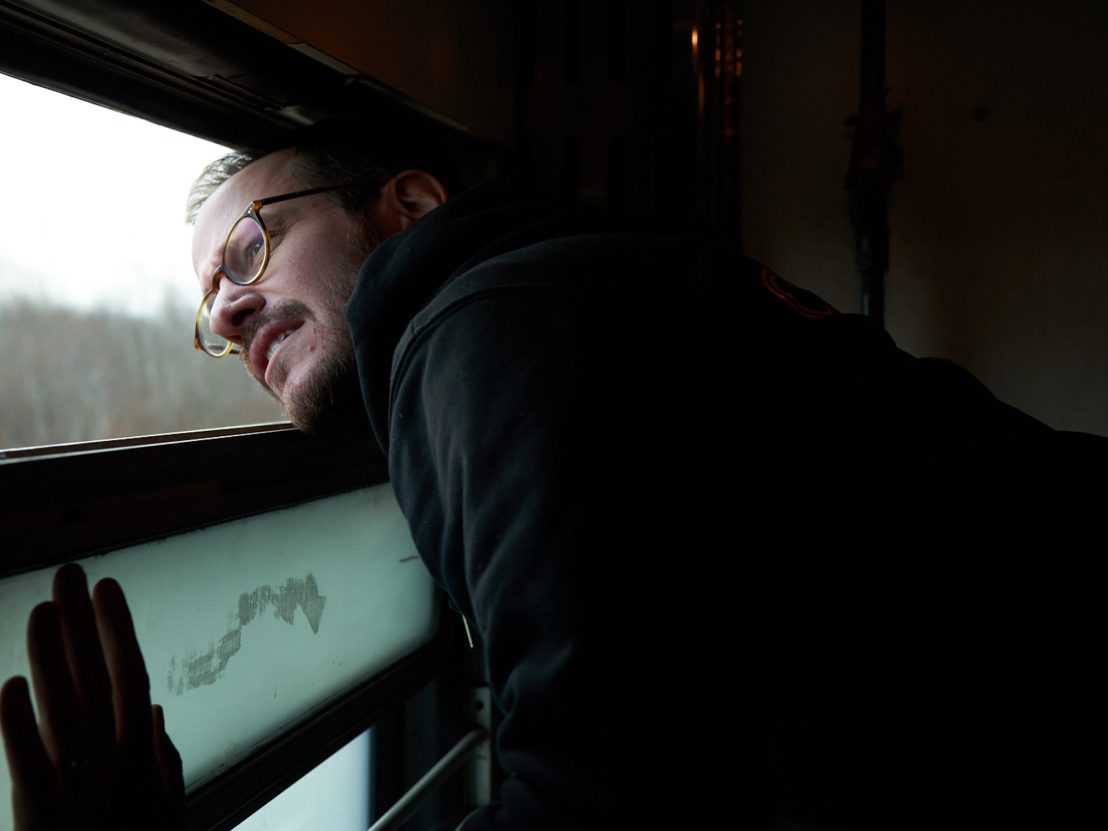 Juho Kuosmanen: ‘Steal from many different places and you can’t get caught!’

The director of Compartment No. 6 on the joys of filming on location – in this case, a vintage passenger train.

Antitipation levels were high when it came to clapping eyes on the second feature by Finnish director Juho Kuosmanen. He had already wowed the audience at Cannes, winning the Un Certain Regard Prize in 2016 for his lovable tale of smalltown Finnish boxer – The Happiest Day in the Life of Olli Mäki. Then came his new one, Compartment No. 6, another charming comic period piece, this time taking us on an epic train journey and charting a relationship that blossoms in a number of strange and endearing ways. We spoke to Kuosmanen when he was in London in November of 2021 to present his new film at the London Film Festival.

LWLies: Was Compartment No. 6 filmed on a set, or was it an actual train? Both eventualities seem very difficult.

Kuosmanen: It’s an actual train. But filmmaking is always difficult – you’re always trying something that you’re not sure you can achieve. That’s why it’s so interesting. You can’t and you shouldn’t avoid difficulty. If you want to make things easy, it means that you don’t care. For me, it’s really important that it stays interesting. If I went to a studio I wouldn’t really know what to do, because the studio environment doesn’t give me any inspiration. But when I’m on a real location, I’m much more inspired, full of energy. I’m seeing things that I can use for the film. That’s why it’s obvious that we wanted to shoot on a real moving train rather than the studio with a green screen.

You can really tell. It’s one of those things that would have made it a totally different film.

Totally. And I would have been a totally different director. And JP (cinematographer Jani-Petteri Passi) would have been a totally different cinematographer. Because it’s based on controlling things. And this is based on accepting reality and taking what it gives to you. The old woman they visit – it’s her own house, we found her when we did the location scouting. It’s so much nicer to go to a location, do some tuning but not really changing anything, because the reality is so much more interesting than any ideas that I might have. The night scenes are shot in a train hangar, because we had to stop moving. We had smoke and dust and fake snow and water outside and lights. The practical difficulties of shooting in a train were the lights, electricity, recording – we had to use hidden microphones because there’s no room for a boom. For me as the director the biggest challenge was that I couldn’t be next to the camera when we were shooting or rehearsing the scene.

Were you off the train?

No, I was compartment number seven. In number six there was JP, the camera assistant and the actors. I had to watch on a monitor, and I really don’t like it because it affects the things that I’m focusing on. I’m focusing on the surface of the image and I start to see these human beings as objects. You’re a bit annoyed and you’re focusing on the detail level of things and then you start to direct like, ‘Could you sit a bit more this way.’ It’s an annoying way to direct, and a really bad way to direct actors.

One thing that’s so great about your two films – Compartment No. 6 and Olli Mäki – is that they are quite idiosyncratic. They go against the grain of things, including the way that they’re shot and the production design.

That is true, because it is something that you can avoid. Something you’re attracted to, or that affects your way of seeing things, of thinking, and your way of doing your own films. At the same time I feel like I don’t have that strong a style – like someone who has their way of doing films.

I think two films is not quite enough – you need three to tell.

Yeah, exactly. But in this film we had references. Usually with cinematographers we don’t really have a reference. I’m watching more films and I’m taking parts of different films but we are aware that we shouldn’t do it from the references because then you are copying or dealing with someone else’s style instead of talking about what the film is about. 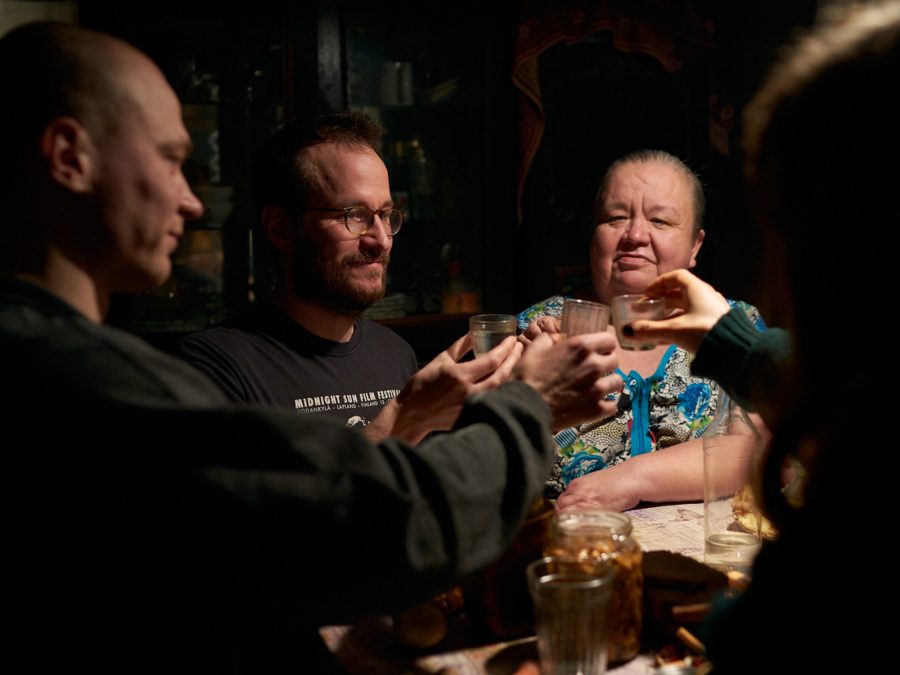 I hate to ask the question ‘Who are your influences?’ because it implies that the filmmaker has stolen their ideas. But…

Truth is, I think if you steal from many different places you can’t get caught. I think in the case of this one, it was train films. We didn’t really have any references from train films. Even though I watched a lot of them. But I was watching them for fun, at some point because I wanted to see when this illusion of being in the train, the feeling of being inside the train, as a viewer when it happens and when it doesn’t happen and what’s the reason. There were references for different aspects of the film, like Lost in Translation was some kind of reference with the script writers – we talked about the connection.

What about genre convention, particularly the classic off-couple screen romance. How did that play into your writing?

One of the biggest challenges of this film was to avoid the expectations of a romantic love story. I felt that if that’s the expectation from the beginning then you don’t see the film. When you are watching a film and waiting for something to happen, you’re probably going to be staring at the wrong point. Even though it’s a romantic film and there is love between these characters, I wanted it to be more of a connection between two strangers than a romance. So in that sense the relationship that they have in Lost In Translation is similar. I was also interested in people who are from different places being thrown together like this. If I had to say three films, Lost in Translation, Das Boot, and The Invisible Life of Eurídice Gusmão, especially the ending. I really love the film, it has a lot of emotions, but it doesn’t feel like it’s forcing them. I enjoy films that are strong emotionally, but I hate when I feel that they’re forcing the emotions. You’re just moved by the film even though you didn’t want to be. When you feel the manipulation it’s disturbing.

Have you started on any other projects?

Yes I’m trying. I already have some projects: one is a small TV series that we did in August so we’re editing it – it’s almost done. There’s eight episodes all together and they’re ten minute episodes. There’s three directors. Now I’m trying to work on a script that’s in development. And I’ve also had my own film festival in September, so after Cannes I was really freaking out…

It’s called Kokkolan Kinojuhlat. After Olli Maki – because I’m from that place as the main characters in that –, we had a huge outdoor premiere in Finland, in this place called Kokkola. After that the city asked if we could support film culture in general, because they have a cinema but it’s just two screening rooms. It’s a nice old fashioned cinema but the programming… You only see the most popular films. A film festival is something we were dreaming of, but we never had the time or energy or money to make it. But when the city of Kokkola asked what kind of ways are there to support film culture in town we decided to start this film festival. This was the fourth year. It’s a nice thing to do with friends, it’s small enough so it’s not taking too much energy and we are focusing on one country at the time and we show retrospectives of films. Nordic films, new European films as well, but the main programme is from certain countries every year. 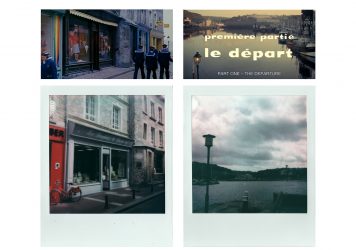 On Location: Scenes from The Umbrellas of Cherbourg