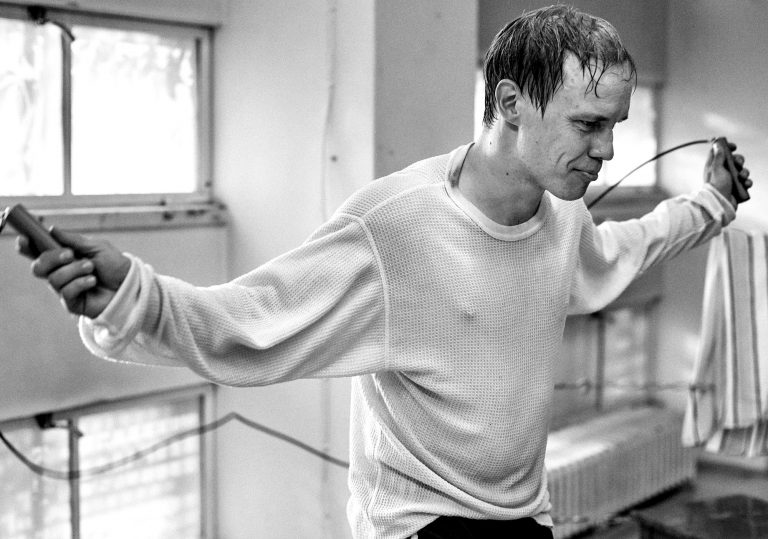 Won a prize at the Cannes Film Festival, which is a big deal for a non-Aki Kaurismäki Finnish film.

Director Juho Kuosmanen is one to keep an eye on.

This handsome second feature from Juho Kuosmanen is based in part on the true story of a Finnish boxer who briefly achieved national celebrity in the 1960s following a World Featherweight title bout. That Olli Mäki lost the biggest fight of his career to a superior American opponent – and in pretty humiliating fashion at that – is of little interest to the director, and with good reason.

Because while The Happiest Day in the Life of Olli Mäki could quite easily have been spun (albeit speciously) as a rousing underdog tale, it is more accurately an account of professional sacrifice made for the sake of personal fulfilment.

Jarkko Lahti excels in the title role, subtly emphasising Mäki’s innate pacificity and skepticism while others, namely his imprudent, pushy manager (Eero Milono), do their best to talk him up as a born-ready brawler. He’s serious about making the step down in weight and putting in the hard yards required for such a contest, but never seems fully convinced of his chances.

Mäki is portrayed here as a simple man, unassuming and obliging, and it’s these qualities that initially catch the eye of Raija (Oona Airola). The pair meet at a friend’s wedding and their tender, at times turbulent, courtship quickly becomes the film’s emotional rudder.

Shot in gorgeous monochrome 16mm by DoP Jani-Petteri Passi, this classically-styled romance serves as an intoxicating reminder that historic sporting events – even ones prone to descending into a farcical media circus fuelled by blood, sweat and backhanded cash bungs such as this – invariably have a human side to them.

Per the title, this is the story of the happiest day in the life of Olli Mäki, but it’s telling that our hero’s salvation arrives long before he steps foot into the ring. Even more so that the real-life Olli and Raija Mäki make a brief appearance late on as an elderly married couple – a sweet gesture that sums up this affecting, sentimental film.

The Happiest Day in the Life of Olli Mäki is released in cinemas 21 April. Join us for a special preview screening featuring a Q&A with director Juho Kuosmanen on Wednesday 19 April. Book tickets here.

Won a prize at the Cannes Film Festival, which is a big deal for a non-Aki Kaurismäki Finnish film.

Director Juho Kuosmanen is one to keep an eye on. 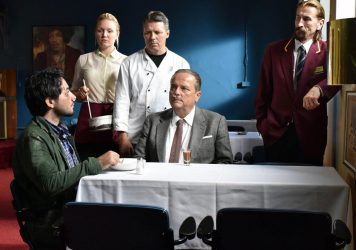