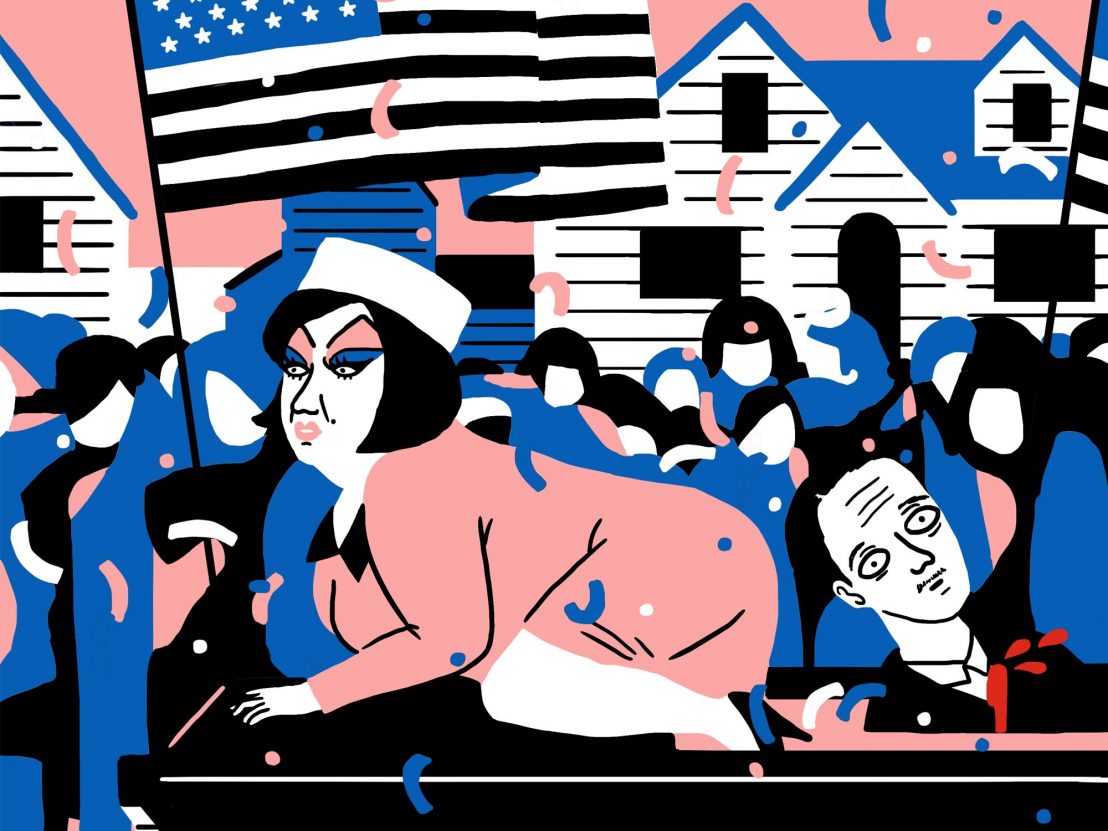 John Waters is a cult American director whose films focus on the grotesque goings on in the city of Baltimore, Maryland. He counts trash classics Pink Flamingos, Female Trouble, Hairspray and Serial Mom on his cinematic CV. Multiple Maniacs, his experimental 1970 feature, has been restored and is set for re-release in the UK.

LWLies: In the age of Trump, there can’t be a more appropriate catalogue of movies than yours.

Waters: Has Trump ever seen one of my movies? I always used to think Bill [Clinton] might have seen Pink Flamingos. Hillary did not. I wonder if Trump… I’ve never thought about whether he’s seen anything of mine. I would say I doubt it, because in college he wouldn’t have hung around with that crowd.

Maybe the nicer ones, like Cry baby of Hairspray.

What’s your favourite of your own films?

Whenever I get asked this, I always pick ones the fewest people have seen, which probably may be Cecil B Demented or A Dirty Shame. I always pick one of them because it’s like your kid who has brain defects – you like them more.

Your films offer a vision of freedom that you rarely see in movies these days.

Well, they were freedom to me. But you first of all have to figure out what your freedom even is, and then how to get it. And then once you get it, you just avoid all the people in life who will try to take it away from you. That is my politics. You can’t really judge other people. I’m against separatism. I think that is the main theme in all my movies. Just because Trump won does’t mean you shouldn’t speak to people. The smart people are against telling you how they think. If you cut yourself up, and if you want to make changes, make ’em laugh. If you want anyone to listen to you, make ’em laugh. All their defences will come down.

Which awful people have you made laugh?

The head of Breitbart News [Andrew Breitbart], the one that died. I did a show with him and I would hang out with him afterwards. And people were like, ‘How can you talk to him?!’ And he said to me, ‘I’m just like you, I’m just on the other side. We’re playing the same game here.’ It’s all show business. And unfortunately the American political system is now more like reality TV. I’ve never seen one of those shows because it asks you to feel superior to the stars. You can laugh even if you’re the biggest asshole, or the dumbest person in Baltimore – you feel superior watching Honey Boo Boo, whatever that is.

It’s funny to think how films like Multiple Maniacs or Pink Flamingos might have gone down today considering modern culture’s predilection for instant outrage.

More people saw Multiple Maniacs when it was released in America recently than they did originally. My audience back then was not immediately what you’d think it was. It was some gay people, but those gay people didn’t get along with other gay people. There were a lot of straight bikers, angry hippies that were closet punks. It was all people with a good sense of humour that hated authority and were defiant about their own minority movements. That’s an obscure niche. But that’s who they were at the time.

What did your parents think of these films?

My parents never saw Multiple Maniacs. It’s the only one they never saw, and I’m glad they didn’t. My father paid for the movie and I paid him back every cent. He was speechless. He couldn’t believe that I did. But it was filmed on their front lawn. During the opening scenes, that’s their house in the background. They didn’t even come down and look because they didn’t want to know. My parents learned not to snoop. In the early days the did and they didn’t like what they found.

But they were generally supportive?

Incredibly so. I also filmed a scene in front of their house when we recreated the Kennedy assassination in Eat Your Makeup. Jackie was in the outfit and everything. People were like ‘What?!’ around our neighbourhood. There’s also a scene where Divine is walking around the neighbourhood and looks into somebody’s window. That was my mother’s. We didn’t even ask. They could of been sitting there having Sunday morning breakfast.

Well, no, it was in the ground floor.

In terms of funding, was it a case of, ‘Dad, I want to make this movie, sign me a cheque’?

I had already made Mondo Trasho, and been arrested for conspiracy to commit indecent exposure. I had gotten $2,500 from him to make Mondo Trasho and I paid him back. Then I asked for $5,000 to make Multiple Maniacs. He had the money and gave it to me. I paid him back only because I went around the country and got bookings for it. And finally I asked him for $10,000 to make Pink Flamingos, and he gave it to me and said, ‘Okay, you didn’t go to college so put this into your next movie. But never ask me again.’ Which was fair. He taught me a lot. I’m like a weird gay version of my father. My parents were horrified by what I did but also respected it somehow. What else could I do?

Was there anything about making these films that was a reaction to them?

Oh, I had a shrink that once said, ‘Your parents are the fuel you run on.’ Of course. I was raised to have very good taste. My uncle was Undersecretary of Interior for the Nixon administration when we were making Multiple Maniacs. So yes.

Multiple Maniacs has many shocking scenes, most notably a sequence centred on a small child.

And who was the actual kid?

He was a friend of mine’s child. And he didn’t want to do it. You can tell. But he was in a hippy commune and stuff. I don’t know where he is today.

Did you have to explain the film and the role to his parents?

No, but I’ll tell ya – this actually happened – I was giving a lecture in a college and this girl came up and said, ‘You know, I was really against you but I forgive you.’ I said, ‘For what?’. And she said, ‘I was the little baby that Ricki Lake gave birth to in the back of a car in Cry-Baby. And I was furious that my parents did that without asking my permission as a child.’ She was pissed her whole life about it. Then we made friends.

The character names in your films are amazing. How do you come up with them?

I always hear them on the news or look through school yearbooks. But, you know, lawyers always check them when you turn in your script, they flick through the phone book to make sure these names don’t exist already. So I’d mix them up. Taffy, Davenport… some people in American think a sofa is called a Davenport. I don’t why. I hear somebody’s name and I just write it down. [Edna] Turnblad from Hairspray was a name I used to see on a mailbox in my neighbourhood, and thought, ‘Ugly name. I’ll take it.’ 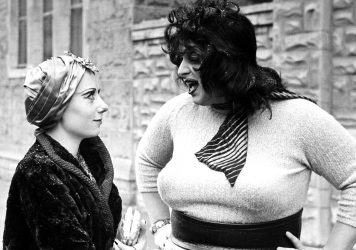 This so-called ‘celluloid atrocity’ is coming to cinemas for the first time ever.