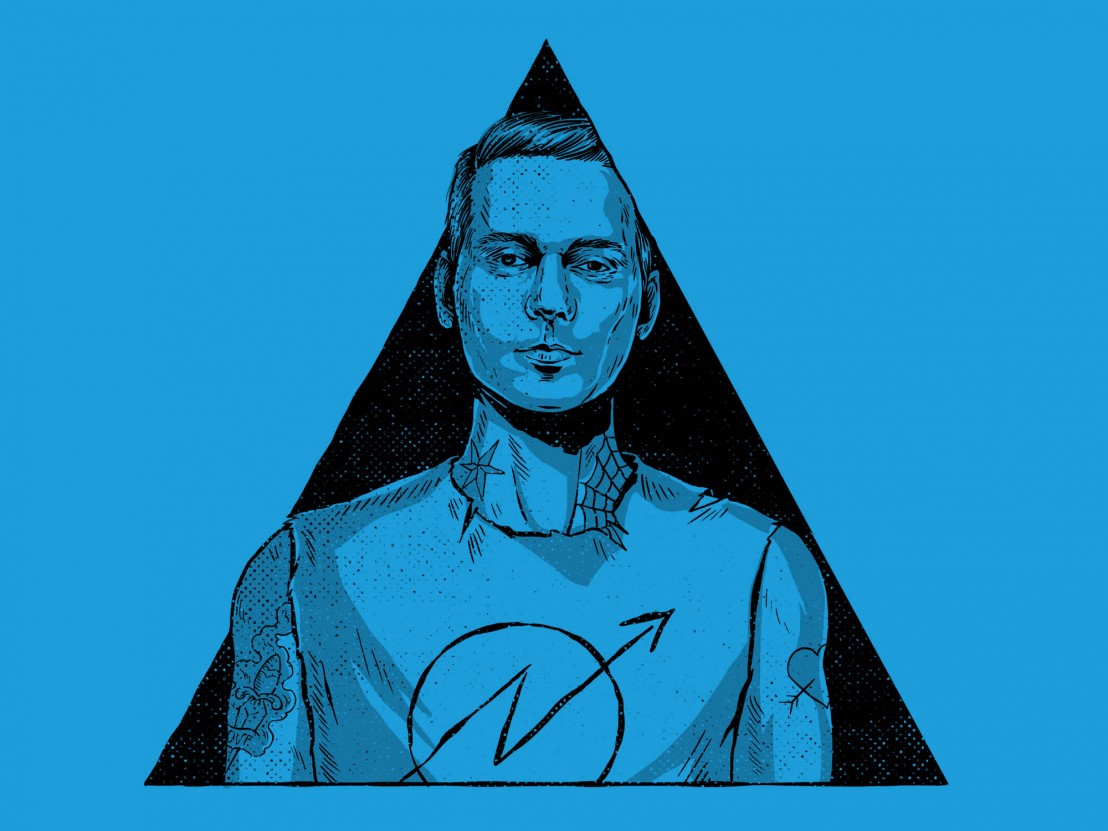 After writing and directing the self-financed, lo-fi revenge thriller Blue Ruin in 2013, Jeremy Saulnier has turned his craft to the genre-inflected siege thriller Green Room, which pits out-of-their-depth punk rockers against drug-dealing Neo Nazis. We spoke to him about how the film came together.

“Blue Ruin completely changed the horizon. I was doing corporate videos prior to that movie. Going all in, taking a gamble on that movie paid off in ways I never expected. Also, getting in to the Director’s Fortnight [at Cannes], to launch that movie on that international platform – I had access to international financing companies and foreign sales agents. I would never call myself an auteur, but to be labelled that was transformative, especially after coming off Murder Party in 2007, which was a fun, culty, self-referential gonzo comedy. After Blue Ruin I was overwhelmed by the attention I got from the industry that I had been seeking for almost two decades. It was just a matter of instant access – that stage where you get this VIP access card, and you’re also having high-level meetings, you’re approached by agents and managers, and when you have a conversation, people listen to you. That’s huge.

“With Blue Ruin, we tried traditional methods of financing with a lot of the same people I’m talking to now, and the answer was just, ‘There’s just not enough there. You can’t do it with that actor, leave alone the director on the director’s chair.’ So it’s just been hard to adapt to a world where people listen to you, are seeking you for other jobs, and having the folk for our distribution – so I think I may eventually have retreated from that, and Green Room was my answer. I’m not quite going to get sucked into the studio yet, I’m not going to try and be too lofty, I’m going to regress a bit emotionally, and make a very hardcore genre flick that’s for my former self and the friends that I grew up making movies with who taught me camera techniques, and introduced me to directors like early Peter Jackson and Martin Scorsese. I had to look back, feel safe, and make a film for a core genre audience. I also had to surprise myself, because I think there was a certain amount of expectation coming after Blue Ruin that I wanted to subvert in this movie. By having full access to what some would call higher taste level stuff and saying, ‘No, I’ll be true.’

“Green Room was a title I had five or six years before Blue Ruin, so the logical progression of my films should have been Murder Party, Green Room and then Blue Ruin, but because Blue Ruin was designed from the script level to be something I could control with access to sparse locations, resources and actors, it came before Green Room as a necessity. I had access to [actor] Macon Blair, and an old rusty blue Bonneville, and my parents’ house, and Macon’s cousin’s property, and I put that together. I do things very practically, and I think I’m proud to be following a trajectory that’s fun to track for being a little unexpected. So with the next movie I’m not going to do something that’s like Green Room at all.

“I think Green Room is a hybrid, tonally, of my first two films. You know, Blue Ruin being stark and very deep emotionally, and Murder Party being a lot more fun, irreverent and goofy. This one is grounded – it’s serious, but it has that sort of excitement level and a little bit more enjoyability. I wouldn’t say it lacks emotional depth, but just it’s very much buried under the surface.

“I knew this was going to be a brutal film, that it was going to be a make-up show. I love and respect that art, as far as the action choreography and cinematic violence and practical makeup effects, so I knew this could certainly dip into horror territory. The way I approached this was: I’m making a war film. It’s about this real, very human conflict. The motivations for the violence, they’re all very practical. As brutal as they are, no-one here is sadistic, they’re just preserving themselves, protecting their interests. The motivation for the violence, I think, sets up the tone. From here it is just a straight-up battle, and it is not a torture session. All the parties involved would have avoided this conflict if they could have. But it’s about one act of violence leading to a whole night of carnage. That was the inspiration. That’s all I’m doing.”