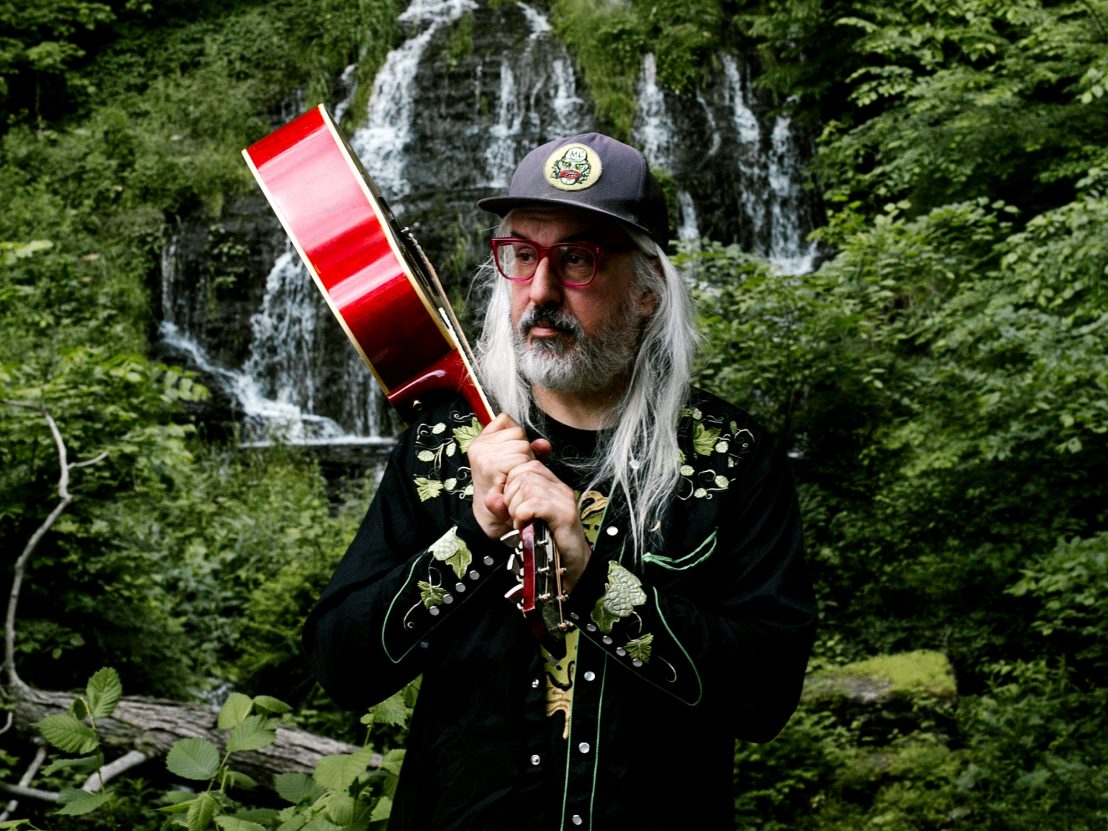 J Mascis: ‘In the early days, venues banned us for being too loud’

With the release of Freakscene – The Story of Dinosaur Jr, the frontman reflects on the band’s rollercoaster journey.

For 37 years, J Mascis has pushed the alt-rock envelope with his seminal band Dinosaur Jr, backed by a Marshall stack with his trademark Fender Jazzmaster in tow. The guitarist’s blunt-edged riffs, solos and nonchalant vocals have inspired generations. Inter-band harmony, however, hasn’t been quite so sanguine.

Internecine feuds with Lou Barlow – also a founding member of lo-fi pioneers Sebadoh – pushed the bassist to depart in 1989, and left the original line up estranged until 2005 when an unlikely reformation brought about a string of critically acclaimed albums.

New documentary Freakscene – The Story of Dinosaur Jr pulls back the curtain on the group’s history, offering insight into a unique b(r)and of dysfunction. Here, Mascis chats about their unlikely collaborations with Matt Dillon, his view on Nirvana’s success, and why he can’t abide The Clash.

LWLies: The film reveals that you were regularly banned from venues in the early days. Why?

Mascis: If you go into somebody’s club and play abrasive music very loud, where the bartender can’t hear someone who wants to buy drinks, what’s in it for them? We were too loud, and we had no fans. That’s a bad combination.

It’s alleged that your ethos was that the band ‘shouldn’t be fun’. Do you still feel that way?

Prior to participating in the film, had you previously reflected on your history?

Sure. I had. It’s interesting to hear Lou and [drummer] Murph talk about it though. It was good to get Lou finally admitting he was trying to get out of the band or break up the band [back then]. It was good to hear him admit it years later now he’s older.

Has there been a favourite period for you?

Our first tour when we opened for Sonic Youth was a highlight. We’d move stuff around through either Lou or my parents’ station wagon. That was our innocent period. After that we were more jaded.

Did it feel different when you moved from an indie to a major label in 1990 prior to the release of ‘Green Mind’?

It was good in that it was more straightforward: ‘Here’s the money, make the record’. Everyone seems to mythologise indie labels, but they’re not that great if they’re not paying you and ripping you off.

Did that happen to you?

Definitely. It wasn’t great being on an indie label back then. We were on SST and the label wouldn’t really pay [us] anything. Same with Homestead Records. If we’d had a cool one that paid what they owed us, I would have been more inclined to stay on an indie label.

With the advent of grunge in the early ’90s, did you feel the press bunched you up with those other bands? How did you feel about the term?

[The term ‘grunge’] is fine with me. I definitely felt a kinship with all those bands.

There’s been a lot of discussion around the 30th anniversary of Nirvana’s ‘Nevermind’. What does that album mean to you?

It was a point in time where things made sense. A band that should be huge were huge – something in the universe made sense for a second. That was a great moment. That album was awesome.

“A band is a complex relationship; there’s a lot of weirdness in trying to get people to stay together.”

How did Matt Dillon end up shooting the video for 1992 single ‘Get Me’?

We became friendly after he came to one of our shows. He expressed interest in trying to direct a video. You don’t find many movie stars walking around our old town, Amherst, Massachusetts, so it was funny seeing people’s reactions and stuff. He also directed another one [the 2007 single ‘Been There All The Time’] that we made at Thurston Moore and Kim Gordon’s house. Every once in a while we’ll get back in touch. Before the pandemic, I saw him a bit in Berlin, where my wife and the director Philip are from, as Matt was making some movies. We hung out a fair bit then.

1997’s ‘Hand It Over’ ended up being your last album on a major label. You mention your surprise when they came to you after you handed it in saying they “didn’t hear a single”.

I just thought it was a joke. We’d not heard anything from the label until that point. That’s when we knew it was over. We thought, ‘Now they don’t want us to do anything that we want: they want a single’. I don’t really hear my voice coming out of the radio.

Yeah. I remember Keith Richards not being that into [Led Zeppelin drummer] John Bonham because he thought it was a bit too heavy handed. I always find it strange that none of Led Zeppelin’s contemporaries liked them but everyone younger loved them. It’s interesting how different generations view things. It’s like the beginning of the generation gap where parents don’t like their kid’s music. I’m looking at the Stones without Charlie Watts and it sounds bizarre to me…

What do you think made Charlie Watts special?

His style, his feel. It’s hard to duplicate. He was one of the best drummers and it was part of the band’s chemistry. It’ll take a while to form a new chemistry with a new drummer.

In The Clash documentary Westway to the World, Joe Strummer talks about parting with drummer Topper Headon and how he regretted tampering with the group’s chemistry. He said you could replace that person with one, two or 10 people and it wouldn’t be the same.

Yeah, and I never liked The Clash. Because of the drumming, mostly.

Well, I was a punk drummer and something about The Clash’s drums sounded so wimpy to me. It really distracted me from liking the band. 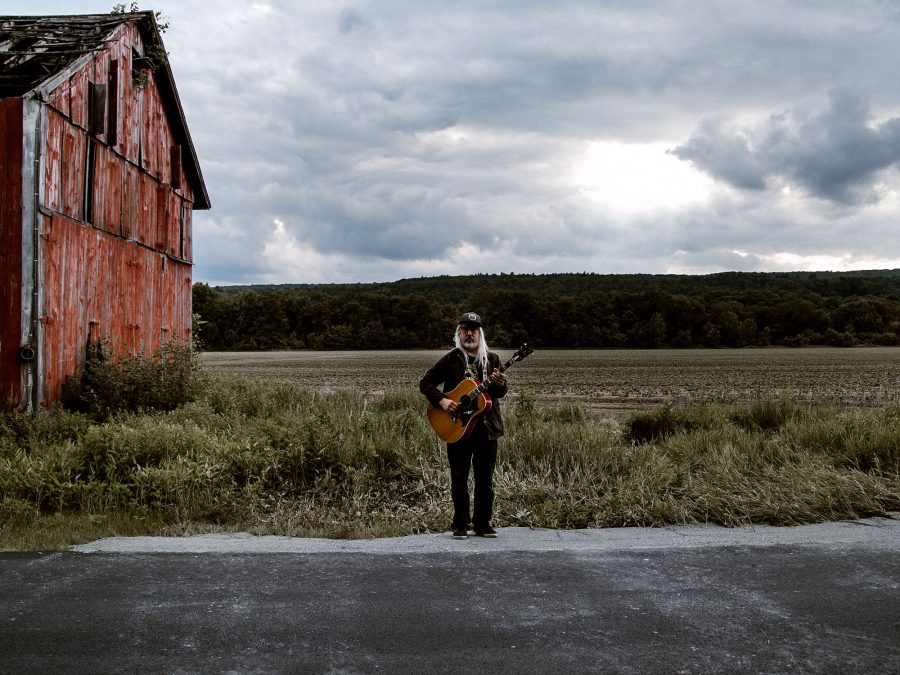 How have you managed it to avoided the clichéd traps of rock and roll excess?

I guess I’m just not that type of person. I had a really strong father figure, and a lot of my life I was kept in line just by the fear of him even though I didn’t do anything. He was a strong presence that I didn’t want to mess with. I dunno. Maybe it’s time now? Charlie Watts became a junkie when he was in his forties just to see what the fuss was all about [laughs].

Is there a message that you’d like viewers to take from the film?

That a band is a complex relationship and there’s a lot of weirdness in trying to get people to stay together.

Lou coming clean as to why he left the group in 1989 must’ve been very cathartic for you?

It’s just good that he finally got over his anger. It seemed like he held on to it for too long.

Do you think his anger was out of desperation to start Sebadoh and do his own thing?

I don’t know. I wasn’t the nicest to him. He wasn’t happy with how I treated him and stuff.

Did you ever say sorry?

I’m not sure. Maybe. I can’t remember.

Freakscene – The Story of Dinosaur Jr is in UK Cinemas from 1 October via munrofilmservices.co.uk 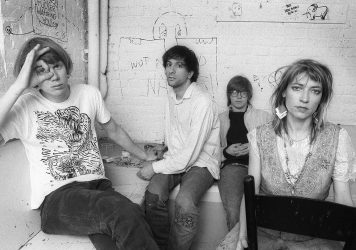 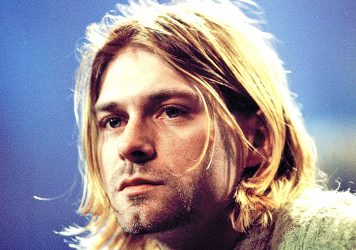