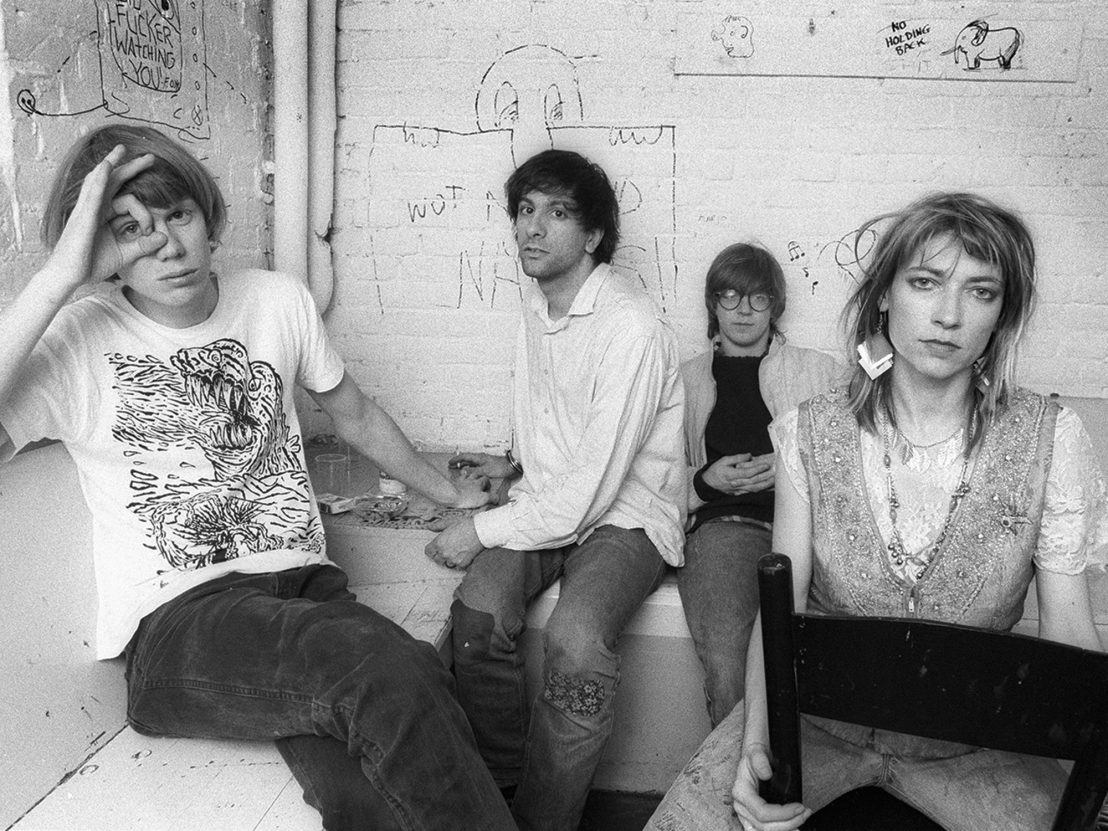 American filmmaker and music video director Lance Bangs is known for capturing the energy and vitality of live performances with great care and intimacy. Over the last 30 years he’s worked with REM, the Yeah Yeah Yeahs and Kanye West among others, creating music videos, concert films and tour visuals, as well as directing comedy specials and shooting the hit ’90s TV show Jackass.

His latest venture is Sonic Youth concert film Daydream Nation, named after the band’s seminal 1988 record of the same name. Documenting the contained chaos and aloof charisma of the band live in Glasgow in 2007, the film is cut from footage of two consecutive shows which saw the band perform the album in full as part of a 20th anniversary tour. The film’s UK premiere is aptly set for this month’s Glasgow Film Festival, coinciding neatly with the album’s 30th anniversary.

Bangs explains that the project came to him almost by accident. “In August 2007 I was in Glasgow shooting footage for the band Slint at the ABC,” he recalls. “Sonic Youth were about to follow that with the two ‘Daydream Nation’ shows, and asked me if I would stick around to film them too. Glasgow had always been a great city for them: the audiences had been very supportive.” The city has always been a favourite of Bangs’, too. “I’ve always been fond of Glasgow. I made a video for Belle and Sebastian there, and I’ve shot great footage there with bands like Pavement. It’s a great city for live music.”

Bangs is known for nurturing working relationships with bands over many years, sometimes decades, contributing to the personal feel of his filmmaking. His relationship with Sonic Youth began in the mid ’90s after he left his teenage home in New Jersey for Athens, Georgia and started filming their shows. In 1995, Bangs got to know the band when they opened for his close friends REM on the ‘Monster’ tour – he shot footage every night on a combination of Super 8, 16mm and video.

Shortly after this tour, Sonic Youth played an integral role in Bangs’ step into professional filmmaking. “In 1995 they made a record called ‘Washing Machine’, with a beautiful 20-minute-long song called ‘The Diamond Sea’,” he explains. “They commissioned Spike Jonze to make a music video for the song. Kim [Gordon, bass and vocals] and Thurston [Moore, guitar and vocals] told him that I had been shooting a lot of footage on the tour, so I sent it over.

He continues, “Spike didn’t just use the concert footage: he wove bits of personal, poetic travelogue footage into the video too. He was very generous and split the directing credit with me. That was one of the first things that came out under my name professionally, and it helped me start directing music videos for other people.”

Bangs subsequently found camaraderie and support in his friendship with Jonze, and the pair learned from each other alongside their peer Michel Gondry. “None of us went to film school,” says Bangs, “we’re all semi-self taught, inventing our own approaches and techniques. Having peers that you can talk to without being competitive as the main dynamic was really important to us and helped us to make better films.”

Although Bangs has shot a number of concert films before, Daydream Nation was his first capturing a full album show. This presented a challenge to keep things visually interesting when the setlist is predetermined. “There’s a danger that once you reach side three of the record people will feel they’ve seen the same five shots over and over. Over the course of two nights I changed the camera coverage and repositioned things so I could keep a different flow or approach in the edit.” The footage is shot from the stage and the audience, switching focus from individual members to the band connecting as a unit.

The characteristics of Sonic Youth’s music mean that Daydream Nation is more varied than a straightforward run-through of the record: almost every song features an extended jam section, where the messier, broken-down elements of the band’s sound are emphasised. “It’s always different from the studio recording,” says Bangs. “At the end of ‘Teenage Riot’ for example, they go into a noise piece that’s happening compositionally in the moment, with them all interacting with each other.”

Although Bangs describes Sonic Youth – who are currently on hiatus – as “not a typically nostalgic band”, the 30th anniversary of the album’s release was the catalyst for finally putting together the film. “Steve [Shelley, drummer] has done a lot of great work to keep people listening while the band are on hiatus. He suggested that we dig up the footage – they toured it on the 20th anniversary and for the 30th anniversary we could finally show the film that was made. We started off doing some screenings in the States last October, but Glasgow will be the first time that we show the full film.”