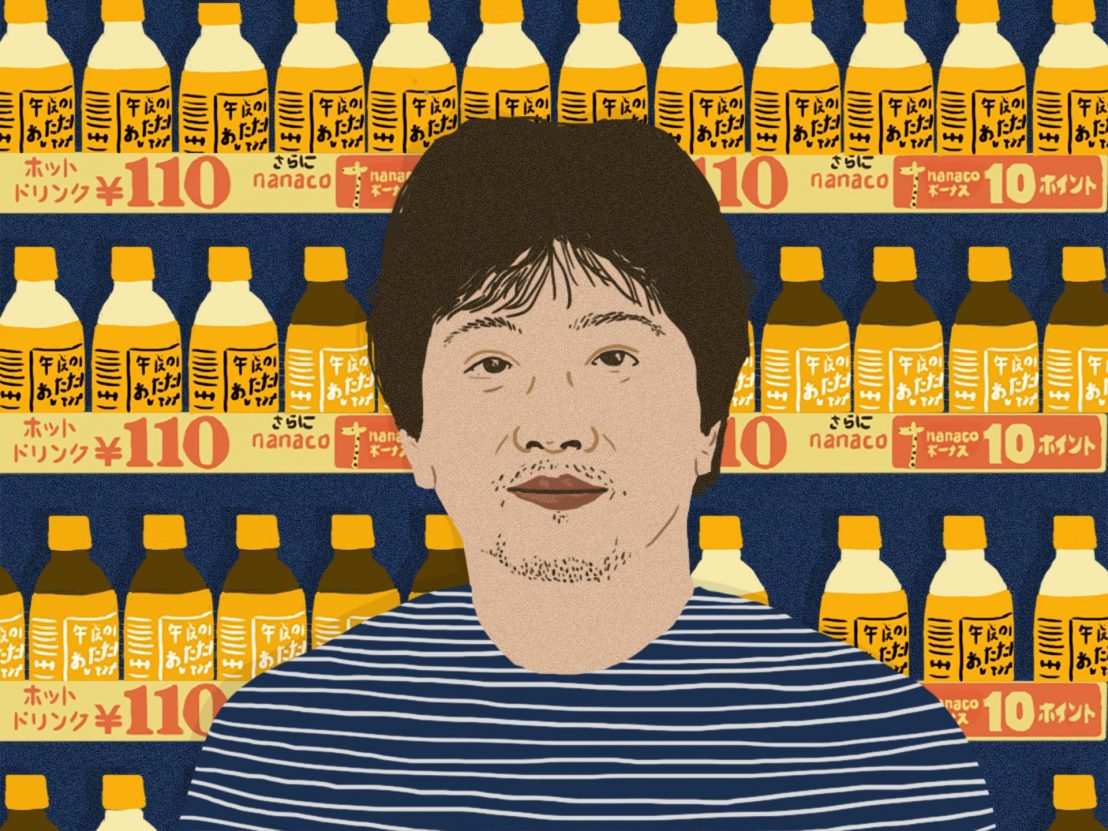 There are qualities both worldly and transcendental to the work of Japanese filmmaker Hirokazu Koreeda. Astutely observed social dynamics unfold within films shaded by melancholy as light as a feather’s tickle. Shoplifters, which won the Palme d’Or in Cannes this year, is perhaps his most heavyweight work to date. Concerning a makeshift family living on the outskirts of Tokyo, surviving via a mixed bag of legal and illegal enterprises, the film captures the sometimes fraught, sometimes charming dynamics of this domestic set-up, while gently unfolding the mystery of how these people came to be each other’s centre.

We met Koreeda on a break from shooting his next film, The Truth, starring Ethan Hawke, Juliette Binoche and Catherine Deneuve. He spoke about his deliberately distant relationship with the Japanese government, his desire to represent people whose lives are hidden, how actress Sakura Andô brought her heartbreaking character of Nobuyo to life, and his love of Ken Loach.

Koreeda: Not through training or practice. I did look at CCTV camera footage of people shoplifting. I could see that sometimes people come in groups or pairs so someone is shadowing the shop staff. There’s somebody shoplifting and they’ll be someone else hiding that from shop staff. That gave me a hint to use shadowing and obscuring the view from the staff, but nothing elaborate, nothing special.

Can you explain the reaction of the Japanese government to Shoplifters? I heard that Prime Minister Shinzō Abe was quite negative.

There wasn’t a formal response from the Japanese government. The news was they hadn’t reacted. The French newspaper Le Monde wrote something about, ‘Why hasn’t the Japanese Prime Minister invited him to congratulate him for winning the Palme d’Or?’ Sort of ironical. A Japanese MP raised this which resulted in the Culture Minister saying, ‘Maybe we should invite him for formal congratulations.’ When they asked me, when the formal offer came, I said, ‘No’. Their reasoning was, ‘This will encourage filmmaking in Japan,’ but I said, ‘If you want to do that, please give more public funding to the film industry and support it.’

Now this dispute exists, will it be harder for you to secure government funding for future films, or to make in films in Japan?

Probably not. That’s a separate thing. Or it should be. My stance is that public funding for film is taxpayers’ money, so films should be valued on their merit. It should be that if it’s a good film it’s public money coming back to the community through the arts. But some people think that maybe the receiver of that funding owes something. Some criticism that I’ve received – mainly online – is that you shouldn’t decline an invitation, you owe something to the government, you must go and be thankful. But I think that’s very separate from making a good film. If the film is good it deserves that funding. I’m sure it’s the same with Ken Loach for I, Daniel Blake. I think he had similar criticisms. I really love Ken Loach and have a huge respect for him. Maybe I’ve got closer to him.

Do you feel like artists and filmmakers have a responsibility to challenge the political establishment?

As an individual I do express my stance against government policies, about their law changes, security and the rights of people. That’s publicly known and that’s nothing to do with film. As a filmmaker it’s not that I want to make a film about that opposition, it’s more about people committing crimes or in poverty, the people that are an inconvenience to the government, who are not being seen, people we try to hide. My films try to make visible the kind of people that the government wants to forget or ignore. I see my role as a filmmaker as to make them more visible rather than making a protest.

You’re more about humanising people than demonising the establishment?

Nobuyo is really grateful for the happiness she has known, even once it’s over. What inspired her character?

The character came from the actress, Sakura Andô. Her skill, her power for portraying.

Does that mean that you were open to Andô taking your script in different directions? Was there improvisation?

She’s an actress who is quite faithful to the script normally but while we were filming she came to me and said, ‘The father wants to be called “dad” by the boy and what about my character? Would Nobuyo want to be called “mother”?’ I said, ’Probably she does but not so much.’ That prompted me to think about what she thinks about wanting to be called ‘mother’ or not, so I added the scene with the boy and Nobuyo walking through the shopping mall drinking the bottles where the boy asks her, ‘Do you want to be called mum?’ So that came from the actress’s question to me.

That scene, when we filmed it, was really good, which prompted me to go to the questioning-by-the-detective room scene. I didn’t actually write any script for that scene. All that happened was she sat there with the policewoman. I gave the policewoman a note to say, ‘What did your children call you?’ and it was completely ad libbed on her part when she started to cry in reaction to that question. I feel it was a nice exchange between the actress and myself in developing that character, and that’s why I say she made a character. I feel that we created her together.

When you’re assembling an on-screen family, or in this case a makeshift family, what is your process for assembling the cast to make sure they have the right dynamic?

Auditions. For this particular film I already had Kirin the grandma and the father, Lily Franky, in mind when I wrote the script so they were already cast. Normally for a family drama they’ve been together for 20 or so years so you want to portray that. You look for commonality when you’re casting a ‘normal’ family drama. This one, they’re not related by blood, so I was more deliberately trying to have differences. Different ways of speaking, different ways of dressing, different faces.

What draws you to keep using family drama as the root of your storytelling?

As a filmmaker I’m not sure to be really honest, but within the last 10 years I’ve lost my mother and then I’ve had a child. So these are things that are close to my heart, that are really immediate to me. It’s not as if I’ve got an adopted child. No, I don’t, but there was a concern about, having had a child, thinking: is it blood that makes the family? The films I’ve made within the last 10 years all stem from my personal experience.

There’s so much food in Shoplifters…

Do any of your actors complain of weight gain?

How is The Truth About Catherine going and how is your French?

I’m having fun… Catherine Deneuve, Ethan Hawke, Juliette Binoche – so Japanese and French and English are all spoken in the film. It’s a month-and-a-half since we started filming, so it’s probably about halfway through now. We’re having fun everyday.

Do you know what memory you’d take with you to the afterlife?

It’s 20 years since I made that film. That used to be the regular question in every interview 20 years ago! I used to say that I wanted to remain in that film set. I’d only made two films at that point so I wanted to stay there and continue making memory films of the people in that facility. Now – 20 years on – I think I have to say the same thing. I want to remain in that facility and continue making films.